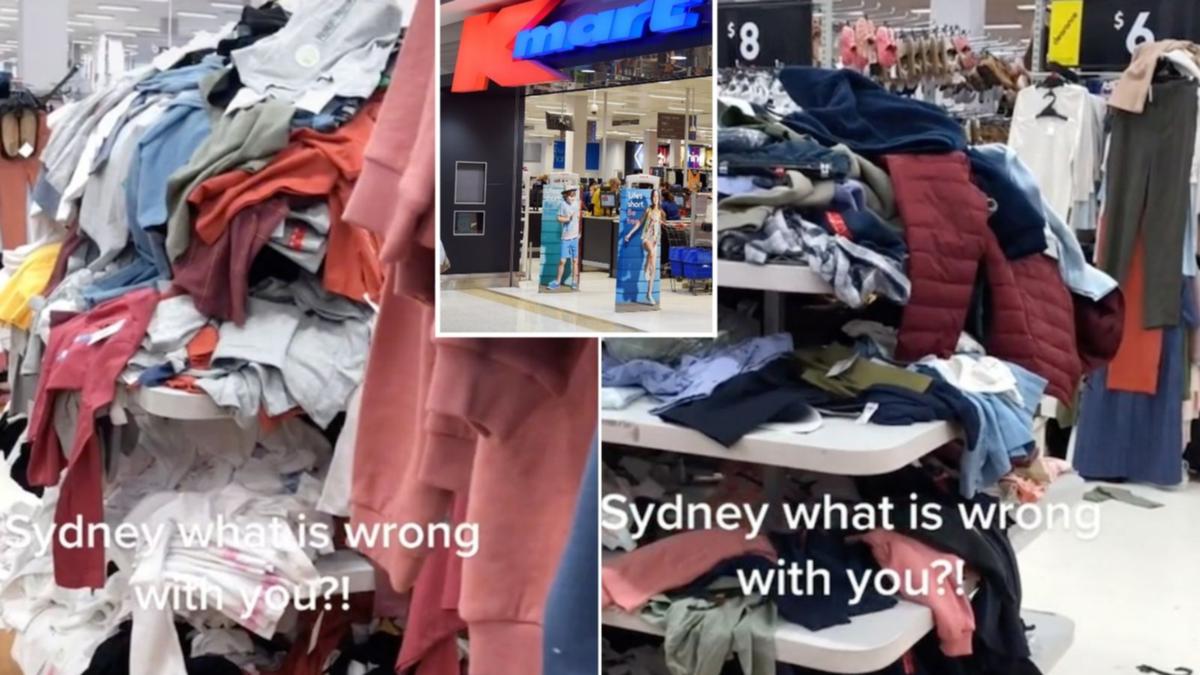 A Kmart shopper has shared alarming footage of the inside of one Sydney store in the aftermath of NSW’s 106-day lockdown being lifted.

Scores of various tops, pants and skirts can also be seen thrown over the top of clothes racks in the video, leaving even more mess.

Other items of clothing are also shown discarded on the floor and kicked under clothing racks throughout the store.

Ripped tags can also be seen on the ground in the clothing section, along with bits of rubbish.

The TikTok user said the mess was made after frenzied shoppers moved through the store in the days after Kmart stores opened to vaccinated shoppers on October 11.

“Sydney, what is wrong with you?” asked the shopper in her video.

“What a disgusting mess, whoever left the store like that should be ashamed of themselves,” said one.

Added another: “Got to feel sorry for the poor staff who are stuck cleaning it up. Not on.”