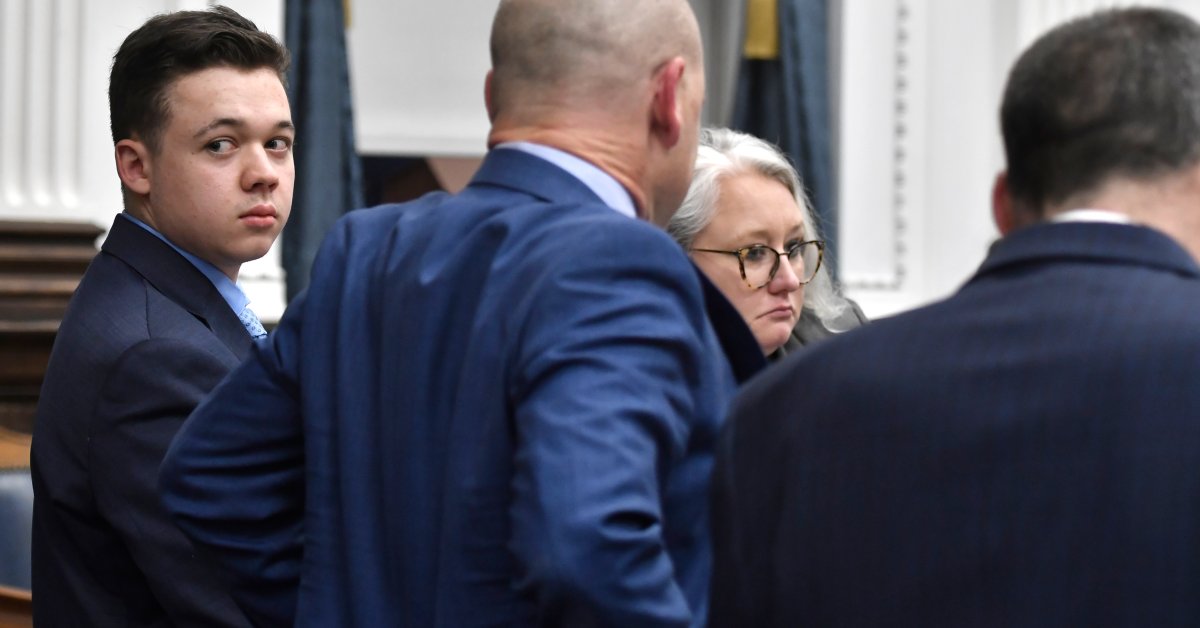 Kyle Rittenhouse, the teenager who killed two people during demonstrations last year in Kenosha, Wis., was found not guilty on all charges Friday.

Rittenhouse had originally faced six charges, but on Nov. 15, the day before deliberations began, Judge Bruce Schroeder dismissed a gun possession charge against Rittenhouse, the least serious charge he faced, after Rittenhouse’s defense team argued that the law banning minors from possessing weapons only applied to short-barreled guns, not to the rifle Rittenhouse used. Rittenhouse, now 18, was 17 at the time of the shootings.

The jury of seven women and five men deliberated more than three full days but ultimately agreed with the defense that Rittenhouse was acting in self-defense. Rittenhouse broke down in tears of relief as the verdict was read.
[time-brightcove not-tgx=”true”]

On Aug. 25, 2020, Rittenhouse traveled across state lines from his home in Illinois to Kenosha amid unrest in the city over the shooting two days earlier of Jacob Blake, a Black man who was shot and paralyzed after an altercation with police officers. No charges were filed against the officers involved in Blake’s shooting.

Rittenhouse’s intention, according to his defense team, was to protect the city from rioting and to provide medical assistance to demonstrators. Rittenhouse had received some first aid and CPR training as part of a lifeguard job he held; however, the owner of a car dealership that Rittenhouse was allegedly trying to protect that night testified during the trial that he had not asked for help.

Video footage and photographs from the night of the shootings showed Rittenhouse walking the streets with a military-style semiautomatic rifle, and prosecutors argued that Rittenhouse’s actions amounted to provocation and led to the violence that resulted in the fatal shootings of Joseph Rosenbaum, 36, and Anthony Huber, 26, and to the wounding of Gaige Grosskreutz, 27.

During his testimony, Grosskreutz acknowledged confronting Rittenhouse after Rosenbaum had been shot, and he said his own weapon was aimed at Rittenhouse at one point. In closing arguments, prosecutor Thomas Binger said that when Rittenhouse shot Grosskreutz in the bicep, Grosskreutz’s mangled arm accidentally allowed the Glock to point toward Rittenhouse. “He could’ve aimed it and shot the defendant, but he did not,” Binger said, attempting to counter the defense portrayal of Grosskreutz as a threatening presence who led Rittenhouse to fear for his own life.

Rittenhouse took the unusual step of taking the stand in his own defense and testified that Rosenbaum—who was unarmed—ambushed and threatened to kill him, and that he was then chased down by a “mob” before falling to the ground and opening fire again. “I didn’t do anything wrong. I defended myself,” he said, at one point breaking down in heaving sobs that led the judge to call a recess.

The trial featured several heated moments, and not just from the witnesses. Judge Schroeder’s own conduct, which included yelling at the prosecution team on several occasions, also drew attention.

Jurors were tasked with deciding if Rittenhouse was reasonable in thinking he faced imminent death or bodily injury when he opened fire. His self-defense claim took center stage in closing statements as the defense and the prosecution seized on video of Rittenhouse firing his rifle to try to sway the jury to see things from opposing points of view.

“None of these people posed an imminent threat,” Binger said.

“My client didn’t shoot at anyone until he was chased and cornered,” countered defense attorney Mark Richards after showing jurors the same video, which jurors reviewed during their deliberations.

Read more: Tensions Over Race and Policing in Kenosha, Wis., Began Long Before the Shooting of Jacob Blake

Each side emphasized not just the matter of mindset, but the sizes of the people involved, their body language, and the objects in their hands at the time of the altercations, going through footage second-by-second to underscore their points. Richards said Rittenhouse could easily have been overpowered by the older men; Binger said that Rosenbaum, whose killing sparked the pursuit that ended in the other shootings, was just 5’4” tall and 150 pounds, unarmed, and described by other witnesses as nothing more than a “babbling idiot.”

Binger noted that only Grosskreutz had a firearm and said video showed he was retreating before being shot. Richards insisted the video showed the opposite, and he described the skateboard that Huber used to hit Rittenhouse in the head as a “deadly weapon.”

“Every person who was shot was attacking Kyle: one with a skateboard, one with his hands, one with his feet, one with a gun. Hands and feet can cause great bodily harm,” Richards said, reminding jurors of the wording of self-defense law. Richards also blamed the men who were shot for their deaths or injuries, particularly Rosenbaum, whom he described as “irrational and crazy.” “I’m glad he shot him,” Richards said.

But Binger said it was the crowd that chased after Rittenhouse after he’d shot Rosenbaum—not Rittenhouse—who “reasonably” believed they were in imminent danger, as the teenager ran through the crowd waving a firearm. “He does nothing to demonstrate to the crowd that he isn’t a threat to kill again. And it turns out he does,” Binger said, likening Rittenhouse to an active shooter. “They have a right to protect themselves,” he said of the crowd. “The defendant is not the only one in the world who has the right to self-defense.”

Key to the prosecution’s argument was whether Rittenhouse provoked the crowd, which under Wisconsin law would have undercut the self-defense claim. Binger said he did, by showing up in a heated situation with a loaded weapon and pointing it at people. “The defendant provoked everything,” he said. “You cannot hide behind self-defense if you provoked.”

The defense disagreed, calling the decision to charge Rittenhouse with murder just two days after the shootings a “rush to judgment” and a politically motivated decision aimed at preventing another night of protests and rioting in Kenosha. Rejecting the idea that Rittenhouse provoked the crowd, Richards emphasized that the teenager had run two blocks “without shooting at anyone” before falling to the ground and firing.

The trial was marked by a gathering of pro-and anti-Rittenhouse protesters outside the courthouse each day. In anticipation of upheaval in response to the verdict, Wisconsin Governor Tom Ever sent 500 National Guard troops to the city on Nov. 12.