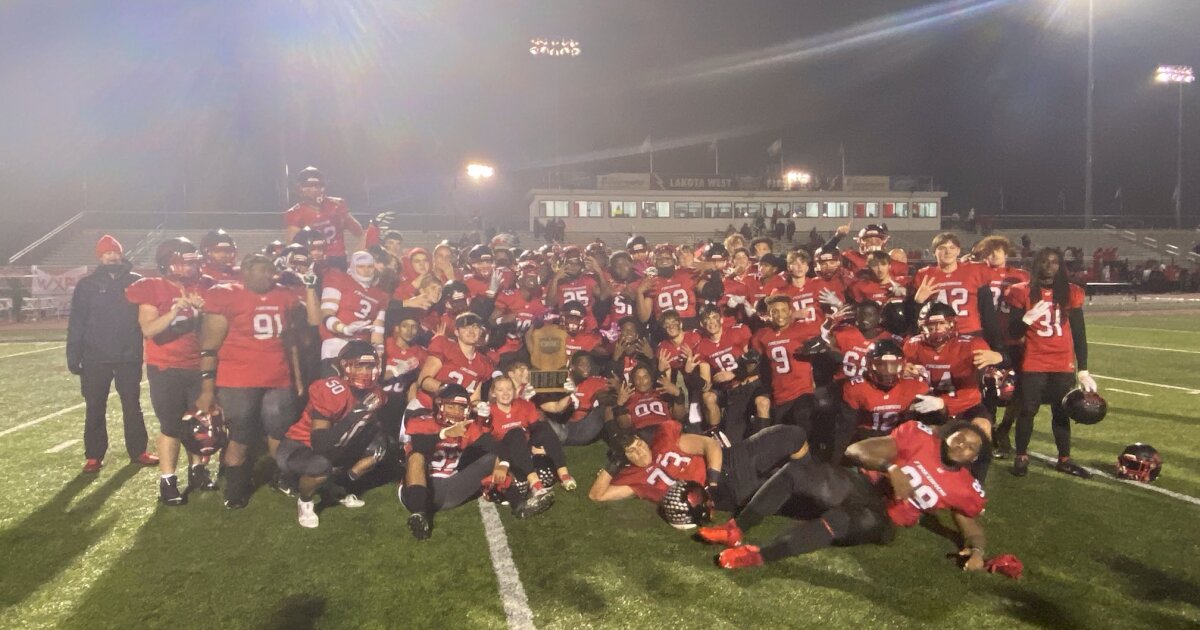 WEST CHESTER TOWNSHIP, Ohio — While the Ohio high school football playoffs do not start until next week, the atmosphere said otherwise Friday night at Firebird Stadium.

Lakota West defeated Lakota East 34-7 to win its second straight Greater Miami Conference title in a sold-out stadium of 5,000 fans, renewing the district rivalry that started in 1998. The Firebirds lead the overall series 16-9, including a 14-9 regular season record.

“What more can you ask for?” Lakota West coach Tom Bolden said. “A chance for sole possession in the league, playing your district rival.”

Junior kicker Tyler Bohn made a 33-yard field goal on the Firebirds’ opening drive of the first quarter.

The Firebirds excelled in all three phases in the second half.

Lakota West (8-1) went ahead 17-0 early in the third quarter after junior Malik Hartford blocked a Thunderhawks’ punt and senior Alex Afari returned it 30 yards for a touchdown. Afari had a game-high 11 tackles Friday night.

The Firebirds took a 24-0 lead about six minutes later when Mitch Bolden found Lloyd for the second touchdown pass connection of the night. Bolden, the son of Tom Bolden, said the GMC title is very significant for the Firebirds.

Bohn made his second field of the night early in the fourth quarter to give the Firebirds a 27-7 lead.

Senior running back Cameron Goode scored on a 67-yard touchdown run with 5:23 left, and senior Hannah Duncan’s third extra point of the night gave the Firebirds a 34-7 lead. Goode had 11 carries for 107 yards.

“This was definitely a statement game to show everybody in the playoffs we’re going to play hard every game,” Goode said.

The Thunderhawks scored on a 6-yard run by junior quarterback TJ Kathman late in the third quarter. Senior linebacker Charlie Kenrich had a team-high seven tackles, according to game statistics.