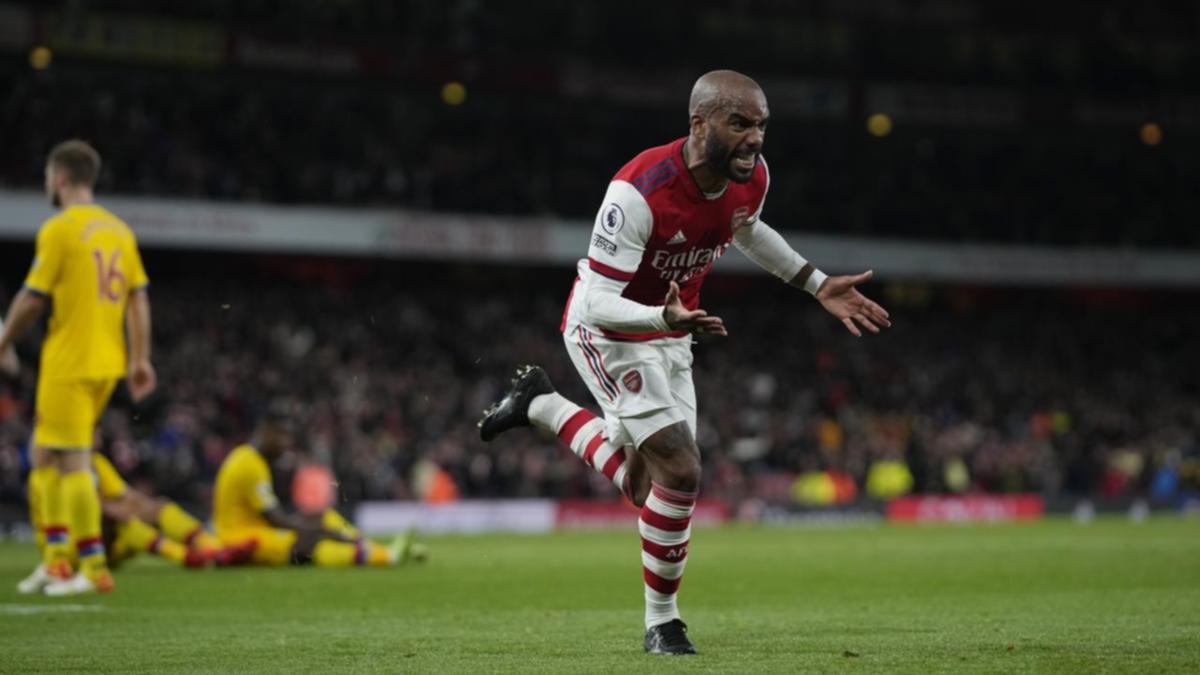 Alexandre Lacazette has scored with the last meaningful kick of the game as Arsenal snatched a barely deserved 2-2 Premier League home draw with Crystal Palace.

Pierre-Emerick Aubameyang put Arsenal ahead early on but from then on Palace were the better side as Christian Benteke and Odsonne Edouard struck in the second half to seemingly win the game – only for substitute Lacazette to level at the death.

The return of Patrick Vieira to Arsenal as Palace manager nearly haunted the hosts.

The Frenchman won three Premier League titles and captained the Gunners during their unbeaten ‘Invincibles’ campaign and his name rang around the Emirates Stadium before and after the Monday night encounter.

He never graced the stadium in Arsenal red – having played at Highbury – and would not taste victory here, dropping to his haunches as Lacazette’s effort prevented the 14th-placed Eagles from leapfrogging the 12th-placed Gunners in the standings.

“I’m really frustrated for them … The way we played, with character, is positive for the rest of the season, but at the other side we conceded those goals on set pieces, on the second phases, and we need to work on that.”

For Mikel Arteta, while this was a hard-fought point, it is a step backwards after three successive wins had seemingly got Arsenal’s stuttering campaign back on track.

The hosts opened the scoring in the eighth minute through Aubameyang, who was alert to tap home at the back post after goalkeeper Vicente Guaita had palmed away a curling shot from the recalled Nicolas Pepe.

Two Arsenal errors then allowed Palace to grab the ascendancy.

Thomas Partey lost possession cheaply in the 50th minute, when striker Jordan Ayew stripped him of the ball, allowing Palace striker Christian Benteke to cut inside before expertly finishing past goalkeeper Aaron Ramsdale.

Then it was substitute Albert Sambi Lokonga’s turn in the 73rd to lose the ball, which eventually made its way to Odsonne Edouard whose powerful strike flew past Ramsdale and in off the crossbar.

Arsenal piled on the pressure late with Kieran Tierney rattling the crossbar before a last-gasp corner was worked back into the box and dropped to Lacazette to turn home from close range.