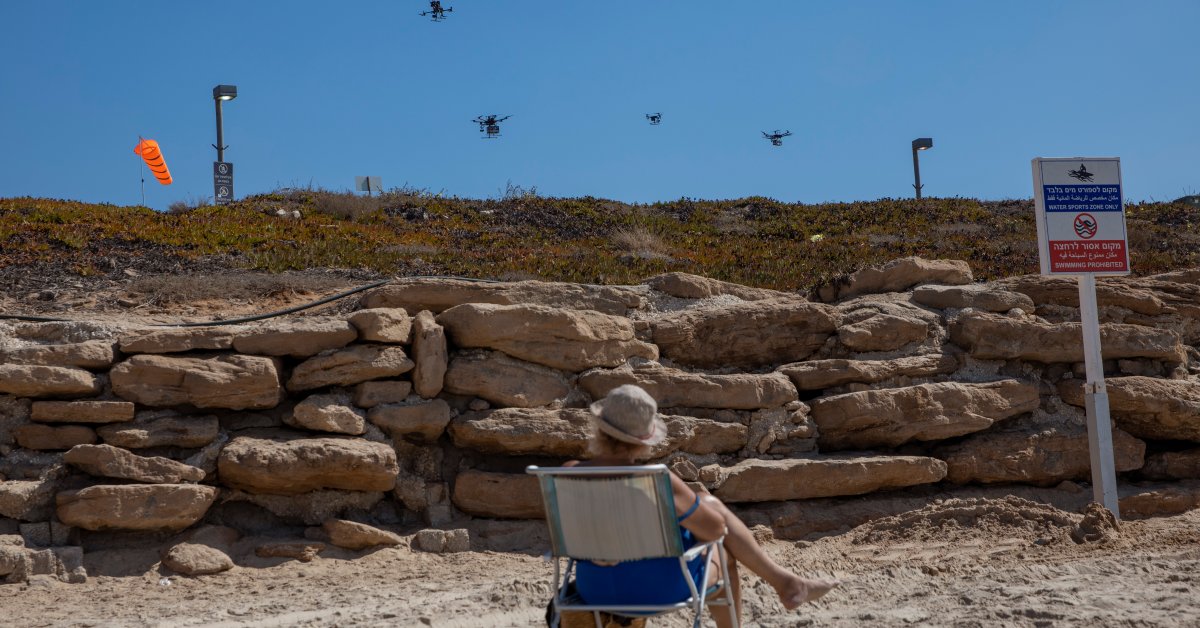 TEL AVIV, Israel — Dozens of drones floated through the skies of Tel Aviv on Monday, ferrying cartons of ice cream and sushi across the city in an experiment that officials hope provided a glimpse of the not-too-distant future.

Israel’s National Drone Initiative, a government program, carried out the drill to prepare for a world in which large quantities of commercial deliveries will be made by drones to take pressure off highly congested urban roads. The two-year program aims to apply the capabilities of Israeli drone companies to establish a nationwide network where customers can order goods and have them delivered to pick up spots.
[time-brightcove not-tgx=”true”]

The project, now in the third of eight stages, is still in its infancy and faces many questions about security and logistics.

“We had 700 test flights at the start of this year and now we are close to 9,000 flights,” said Daniella Partem, from Israel Innovation Authority, a partner in the drone initiative.

Israel is a global leader in drone technology, with much of its expertise rooted in the highly technologized military. Many of the 16 companies participating in the drone initiative have links to the military.

According to Partem, the initiative was inspired by the halting effect that COVID-19 had on the transportation of medical supplies in early 2020.

An early stage tested the transport of medicines and blood plasma by drones. The initiative has since carried out wider tests in three different urban districts in Israel and hopes to promote legislation that would allow drones to be widely used through an app that customers and clients can use.

Israel’s population of 9.3 million people is largely packed in in urban centers, with major cities like Tel Aviv and Jerusalem suffering from high levels of road congestion. Access to Israel airspace is highly regulated by security officials, and flying a drone requires a permit from the Israeli Civil Aviation Authority.

The initiative faces many obstacles. Officials will have to ensure that drones can handle flights through turbulent weather conditions and that the skies can be quickly cleared in case of war or emergency. There are also issues of privacy.

“Once you have a drone that actually takes photos or videos you create a totally new dimension of privacy invasion,” said Tehilla Shwartz Altshuler, digital technology expert and fellow at the Israel Democracy Institute, a think tank in Jerusalem.

The drone initiative has already tried to address such concerns by using cameras that can help the machine land, but don’t have the resolution to take detailed photos.

The drone initiative has worked in cooperation with the aviation authority since its first flight tests in January. Five more tests are planned over the next 14 months.

“One day, we will have drone-powered taxis in the sky,” said Yoely Or, co-founder of Cando Drones, one of the companies that participated in Monday’s experiment.