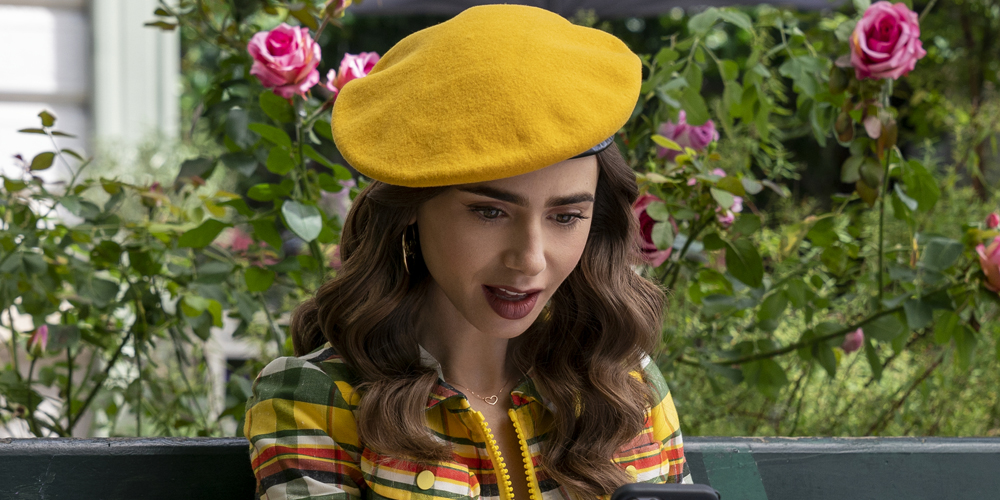 Lily Collins has opened up about some of the things she wanted to take from the Emily in Paris set.

In a new interview with Vogue Australia, the 32-year-old actress admitted that she didn’t actually take anything from season two, but she wanted to!

“I didn’t keep anything this season,” she shared with the magazine. “Believe me, I’ve asked.”

Lily cites that there were a handful of “epic dresses” in the final few episodes that she had her eye on.

She added that the fashion in season two of the Netflix series is really vintage focused.

“One of the bonuses in the way we’ve filmed season two is the way we’ve incubated vintage in there,” Lily said. “We’ve reused some key items in really interesting ways o that you are reminded that she’s a young woman that loves certain pieces of clothing and can’t just go out and spend money all the time.”

On top of the vintage, fans will see Emily also re-wear certain pieces in different ways.

“Emily makes money, but I also think we got to play around with clothes in a way that you just have to believe it’s fashion and a show and it’s fun,” she added.

Lily isn’t the only celeb who has had their eyes on wardrobe pieces from their projects.

Sarah Jessica Parker recently told Vogue that she also had all of Carrie’s wardrobe packed into a storage container.

“I had all of the original stuff in my own storage. Furniture, clothes, everything, packed according to season and episode and scene,” she said. “I kept every single solitary thing.”

Emily in Paris is streaming now on Netflix.