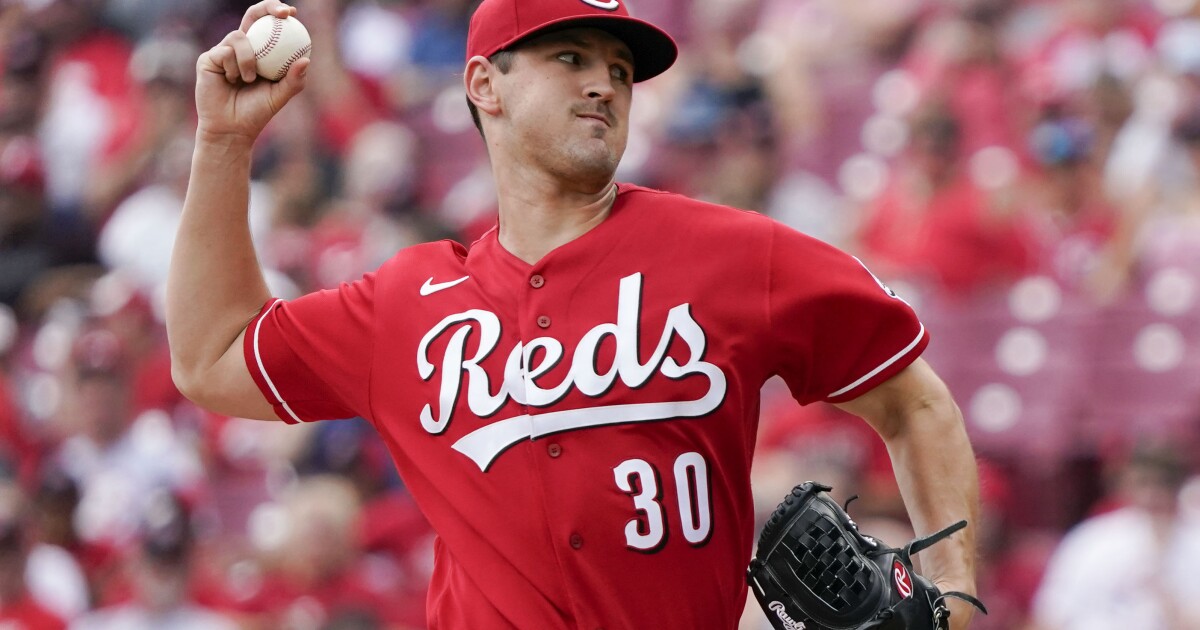 Nick Castellanos added a double and scored as playoff-chasing Cincinnati continued its dominance of the Pirates, improving to 9-1 against them this season, including 7-0 at Great American Ball Park. Dating to last season, the Reds have won 13 of 14 games from Pittsburgh, and 12 straight at home.

Mahle (9-3) allowed six hits without walk in seven innings. He pitched seven innings for just the third time this season.

Mahle, who going into the game had a 2.06 ERA on the road but 6.18 at home, fanned six through the first three innings, allowing only a soft single by Ke’Bryan Hayes. He retired nine straight before Bryan Reynolds doubled and scored on Anthony Alford’s single in the fourth.

The Reds handed Mahle the lead when Farmer, who since the All-Star break leads the major leagues in hitting, had an RBI double off Bryse Wilson (2-5) to cap a three-run fourth.

Hayes had gone 100 at-bats without a home run before leading off the sixth with a solo drive to make it a one-run game. Hayes’ previous homer came on July 5 off Atlanta’s Josh Tomlin.

Mychal Givens earned his second save of the season.

Reds: RHP Lucas Sims was reinstated from the 10-day injured list. He’d been on the IL since June 24 with a right elbow sprain. Right-hander Brad Brach was placed on the 10-day IL with a right shoulder impingement.

Pirates: LHP Steven Brault will make his second start of the season on Tuesday when the Pirates begin a three-game series with the Cardinals at PNC Park.

Reds: RHP Luis Castillo will take the mound Monday at Cleveland. He is 0-2 lifetime with a 4.80 ERA against the Indians.