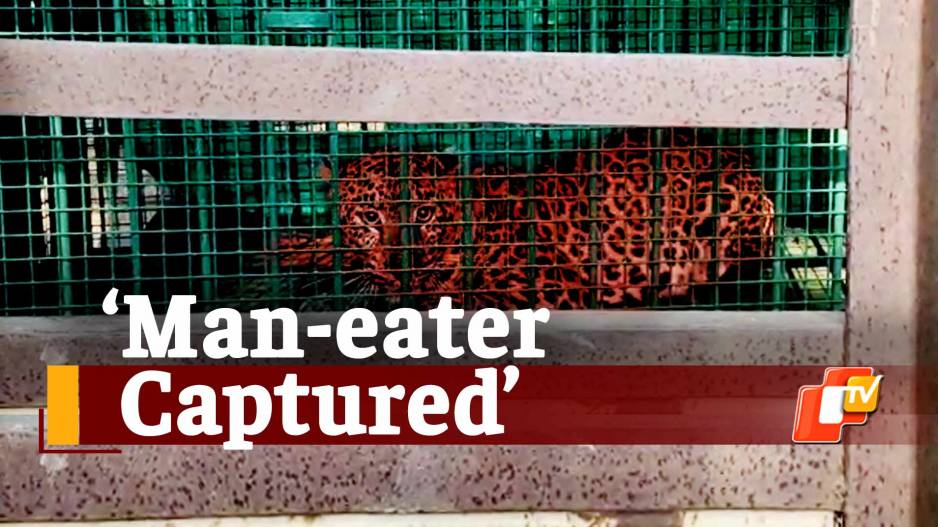 This is the leopard which is allegedly responsible for the death of as many as 3 kids.It was finally caught on Oct 21, after much effort by Forest department officials. The leopard had killed a 6-year-old from Odisha’s Nabarangpur district when the victim visited Devi Sitala’s temple in Chhattisgarh. Forest Department officials from Sihawa, Chhattisgarh had laid 5 traps to capture the leopard. Late night on Oct 21, the leopard entered one of the traps and was finally caught by the officials.