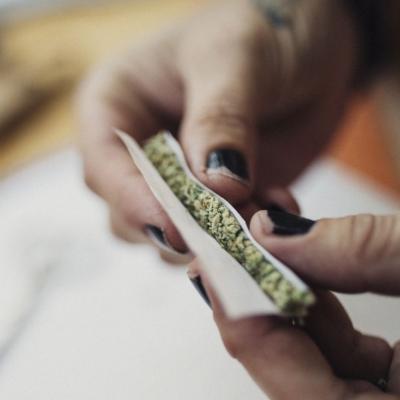 A new survey of U.S. patients with breast cancer found that 42% were using cannabis, primarily to relieve side effects associated with treatment, such as pain, anxiety, nausea, and insomnia.

Most (75%) of the patients who reported using cannabis said it was extremely helpful or very helpful in alleviating symptoms.

The authors warn of potential safety concerns with cannabis, especially with the use of unregulated products.

The survey involved 612 patients with breast cancer. The results were published online Oct. 12 in Cancer.

“Our study highlights an important opportunity for providers to initiate informed conversations about medical cannabis with their patients, as the evidence shows that many are using medical cannabis without our knowledge or guidance,” said lead author Marisa Weiss, MD, of Breastcancer.org and the Lankenau Medical Center, near Philadelphia. “Not knowing whether or not our cancer patients are using cannabis is a major blind spot in our ability to provide optimal care,” she said.

Cannabis in one form or another has been legalized in many states across America, and even in states where it hasn’t been legalized, people are using it.

“Even though many states have relaxed their laws on cannabis, it remains a Schedule I drug on the federal level and is essentially still considered illegal,” commented Donald I. Abrams, MD, professor of medicine at the University of California, San Francisco, and an integrative oncologist at the UCSF Osher Center for Integrative Medicine. “This is why many physicians are uncomfortable discussing it with patients,” he said.

“Cannabis use isn’t taught in medical school, and until that changes, I don’t know how physicians are going to be advisers for this,” said Dr. Abrams, who was approached by this news organization for comment.

This “is a really nice study in that it looks at a large group of breast cancer patients from the community … It’s not from a single institution [such as this previous study] and so a more representative mix,” Dr. Abrams said.

However, he also commented that the article had a “scent of ‘reefer madness’” about it, given its emphasis on potential harms and safety concerns.

“It’s interesting how alcohol is considered mainstream but cannabis has been demonized,” he said. “Especially for women with breast cancer, it’s so clear that alcohol is related to the development of postmenopausal breast cancer. As a recreational intervention, cannabis in my mind appears to be much safer for women for relaxation.”

“The one thing I worry about are patients who take highly concentrated CBD [cannabidiol] oil, as it can block the metabolism of prescription drugs and allow them to build up in the blood,” Dr. Abrams said. “I advise people against using these products.”

Previous studies have noted widespread use of cannabis among patients with cancer. For example, a large study from Israel that included nearly 3,000 participants found that cannabis use improved a variety of cancer-related symptoms, including nausea and vomiting, sleep disorders, pain, anxiety, and depression. Among those with cancer who survived to 6 months and who finished the study protocol, 60% achieved “treatment success.” Of note, at 6 months, 36% of patients had stopped taking opioids, and for 9.9%, the dose of opioids had decreased.