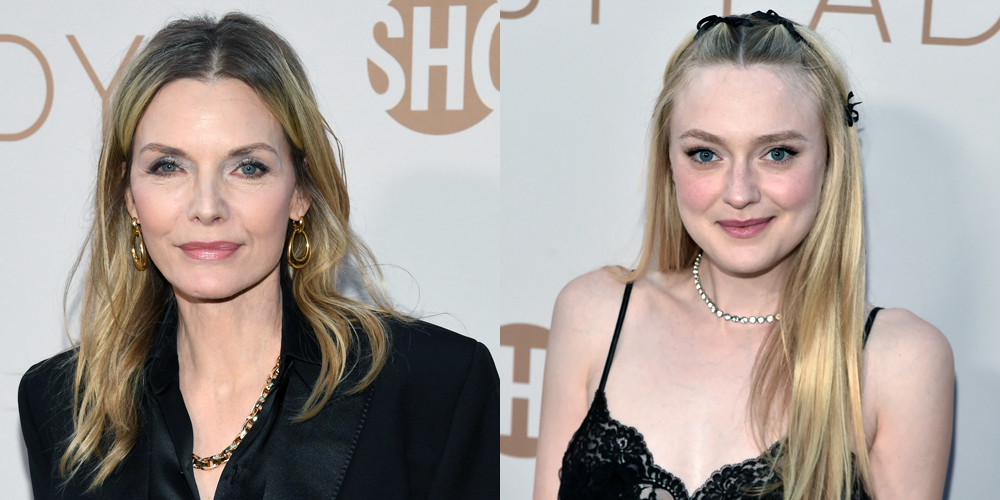 Michelle Pfeiffer and Dakota Fanning play mom and daughter Betty and Susan Ford on Showtime’s The First Girl – however this isn’t their first time working collectively.

The 2 actresses famously labored collectively on 1986′s I Am Sam, and the 2 are opening up about her first impressions of one another.

Talking with Leisure Weekly, Michelle and Dakota each appeared again on the movie and their impressions of one another then.

“I used to be so excited, simply selfishly, to see her,” Michelle stated of their reunion for The First Girl.

She recalled that Dakota was “such a marvel at six. She was only a marvel … I might watch her work and I might assume, ‘What planet is that this little actress from?’ As a result of she would simply channel issues…and I used to be curious to see if she might nonetheless try this. And she will be able to. And she will be able to and I’m so jealous. And we simply had a lot enjoyable.”

“We beloved engaged on it and it was such an honor to be part of it, but it surely wasn’t straightforward,” Michelle continued, talking of the Showtime collection.

She and Dakota stated that they re-bonded over pizza, “a number of laughs [and] a number of wine.”

“I’ve at all times held Michelle on this actually particular pedestal as a result of she was the primary actress I ever labored with,” Dakota added. “So, simply attending to know her as an grownup — and spend time together with her and work together with her — was such an unbelievable expertise.”

The First Girl will premiere on Showtime on Sunday, April 17 – watch the trailer right here!