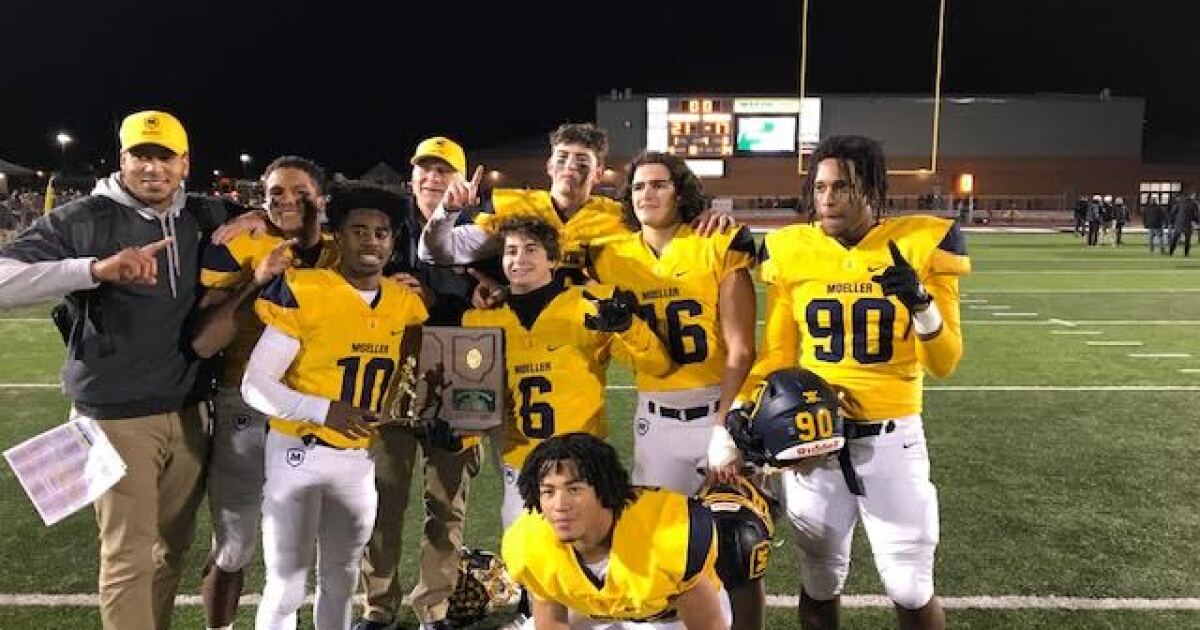 MASON, Ohio — Big Moe is back.

The Moeller High School football team defeated Lakota West 21-17 in a Division I, Region 4 final Friday in front of 4,300 at Atrium Stadium.

Moeller (11-3) advances to play Springfield (12-1) in a state semifinal Nov. 26 at a neutral location to be announced Sunday. This is Moeller’s first regional title since 2014 and 17th trip to the state semifinals in the storied history of the program.

“It means the world to those kids,” Moeller coach Mark Elder said.

Moeller, the winner of nine state titles, put recent adversity in the rearview mirror. The Crusaders had a 3-6 record in 2020 and 2-8 record in 2019, but the 2021 Crusaders are different. Moeller was the No. 1 seed in Region 4 and defeated four consecutive Greater Miami Conference opponents to reach the state Final Four.

“It’s crazy,” Moeller senior quarterback Noah Geselbracht said. “Nobody expected us to be in this spot. You look at the beginning of the season and everyone predicted us to be 5-5, 4-6, maybe second round of the playoffs and that’s it. This group of seniors, we’ve been doing this since we were freshmen. This is what we’ve been working for. It feels great.”

The Crusaders were confident this past summer in Elder’s second season as head coach at Moeller.

“You know at Moeller there is a lot of high expectations and that senior class before this year won five games in two years,” Elder said. “It’s hard to walk the hallways when there is an expectation level like that. They believed in themselves and they believed in each other. Worked their tails all offseason, all preseason. I couldn’t be more proud of a group of young men than these guys.”

Moeller proved to be one of the state’s elite teams with a rugged regular-season schedule that included back-to-back overtime wins over Cleveland St. Ignatius and Lakewood St. Edward in October.

“That just prepared us,” said Geselbracht, who was 14-of-20 passing for two touchdowns. “We were ready for big moments like this.”

The Crusaders were led by several players Friday night including sophomore running back Jordan Marshall who rushed for 123 yards and a fourth-quarter touchdown that helped Moeller rally from a three-point deficit.

Lakota West (11-2) completed its season as a regional runner-up for a second straight year.

“It’s a tough one,” Lakota West coach Tom Bolden said. “I feel for these kids. I feel for the seniors. Great group of kids. Special group.”

RELATED: Lakota West senior linebacker Aden Miller is ‘what you want in a football player’