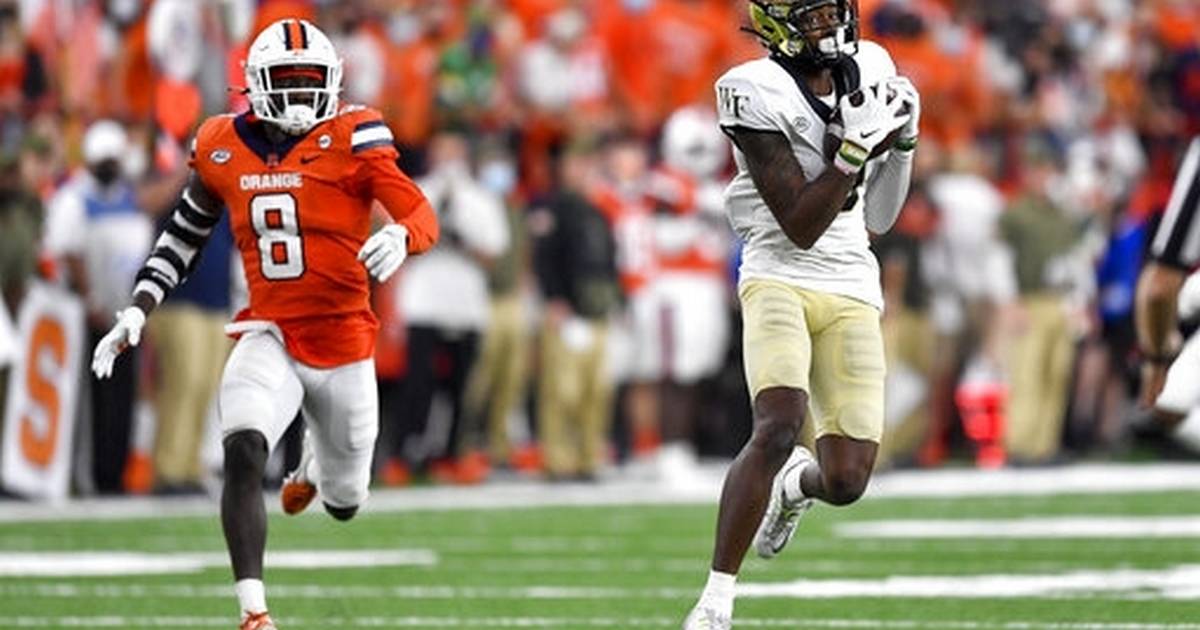 Line: Wake Forest by 3 1/2, according to FanDuel Sportsbook.

Wake Forest is one of 11 FBS unbeatens – one of just six in the Power Five conferences – and doesn’t have to worry about the race in the ACC’s Atlantic Division in this one. The Demon Deacons are 6-0 for only the second time in program history. Army is on a two-game skid and is out to snap it.

Wake Forest: : WR A.T. Perry. The redshirt sophomore has blossomed this year. He had the game-winning 22-yard touchdown catch at Syracuse in overtime on Oct. 9. That capped a huge performance with three TD catches and 137 yards receiving.

Army: Junior LB Andre Carter is 6-foot-7 and 250 pounds and has been wreaking havoc behind the line of scrimmage. He leads the nation with 8.5 sacks, has one forced fumble, two quarterback hurries and one punt block.

It’s only the third time in 21 years that Army has hosted an AP Top 25 opponent at Michie Stadium. … Six games in the series have been one-possession contests. … Wake Forest has the program’s first 6-0 record since 1944 ‘” nine years before the ACC was formed ‘” and its first-ever 4-0 ACC start. ‘ Wake Forest has averaged 470.8 yards in its four league games. ‘ Kicker Nick Sciba is 12 for 12 on field goals this year with a long of 46 yards and a late winner to beat Louisville. … Army RB Jakobi Buchanan saw his streak of consecutive carries with positive yardage end at 180 in last week’s loss at Wisconsin. … Wake Forest coach Dave Clawson and Army’s Jeff Monken coached together at Buffalo in the early 1990s.