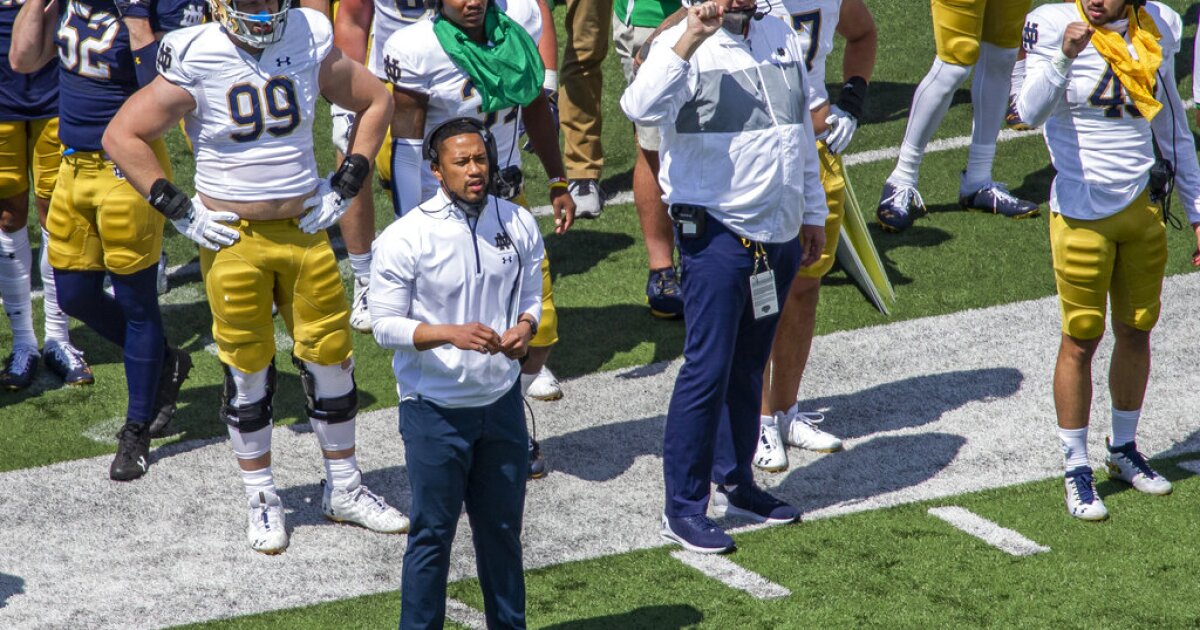 SOUTH BEND, Ind. — University of Notre Dame athletic director Jack Swarbrick said the team wouldn’t name an interim head coach heading into the post season – whether that was for a bowl game or a spot in the College Football Playoff. Instead the Fightin’ Irish named a permanent head coach, promoting Marcus Freeman from defensive coordinator and linebackers coach on Friday.

Reports that Freeman would be the likely replacement for Brian Kelly – who left the team on Monday to take the opening at LSU – began circulating on Wednesday. Freeman and University of Cincinnati football coach Luke Fickell were the two favorites for the job according to several sports betting sites and numerous college football reporters.

Freeman and Fickell have been close for nearly two decades, when Fickell coached Freeman at Ohio State and later hired the former Buckeye linebacker and Wayne High School grad to be defensive coordinator at UC. Now Freeman is the 30th head coach at Notre Dame.

Fickell’s name was prominent among many of the major program openings during the season and was one of the first mentioned when Kelly left Notre Dame for LSU. He addressed the rumors during a press conference on Tuesday.

“I don’t know what there is to address,” Fickell said. “For a guy who keeps his head down and very rarely answers his phone, I don’t talk to a lot of people, so there is nothing. That’s the crazy thing. There is no speculation.”