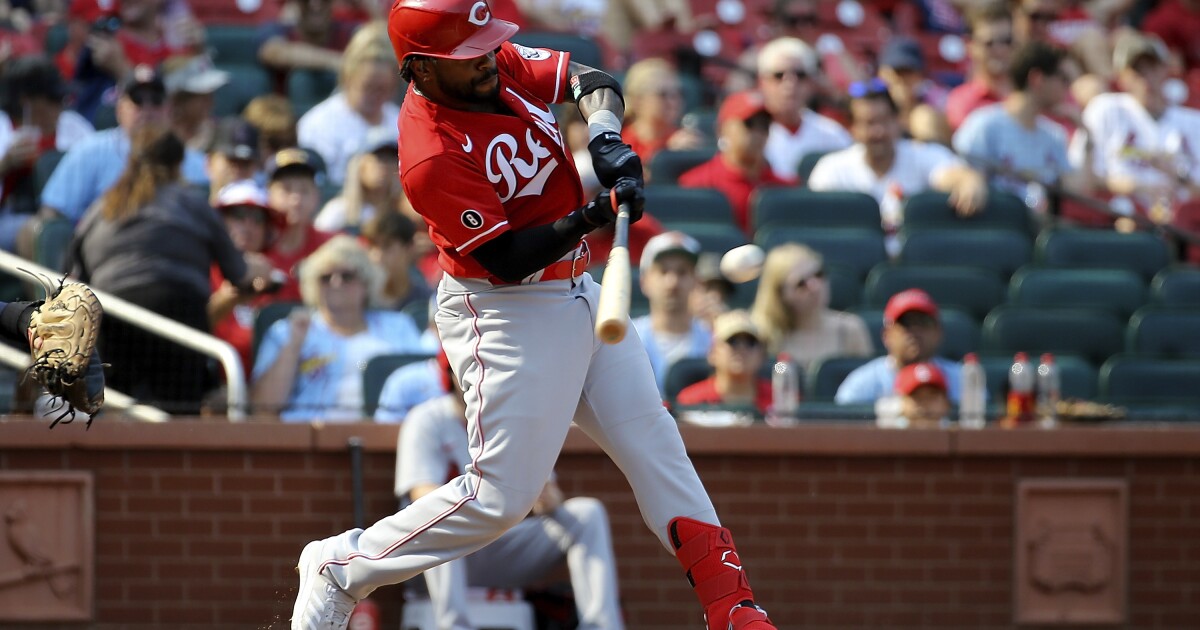 ST. LOUIS (AP) — Nolan Arenado homered for the second game in a row and five pitchers combined on a five-hit shutout to help the St. Louis Cardinals beat the Cincinnati Reds 2-0 on Sunday.

St. Louis has won four of six. The Cardinals began the day two games behind Cincinnati and San Diego for the final NL wild-card spot. Cincinnati, which won the first game of the series, has lost five of seven.

Arenado hit a two-run homer in the first off Sonny Gray (7-7), who then retired the next 14 hitters. Arenado, who has 31 homers, also homered in the eighth inning of the Cardinals’ 6-4 victory Saturday night.

Happ struck out four and walked one. He was acquired from Minnesota at the trade deadline.

McFarland got Asdrubal Cabrera to ground into an inning-ending double play in the seventh.

Gray allowed two runs on three hits over seven innings. He struck out six and walked one.

Tyler O’Neill started the two-out rally in the first with a single.

The Cardinals have won nine of their last 12 daytime home games. They are 15-9 at home in afternoon contests this season.

The Reds won 10 of 19 games against St. Louis this season, giving them a season series win for the first time since 2011, when they compiled a 9-6 mark.

Reds: OF Tyler Naquin was held out of the contest due to sore ribs suffered when he collided with teammate Jose Barrero on Saturday.