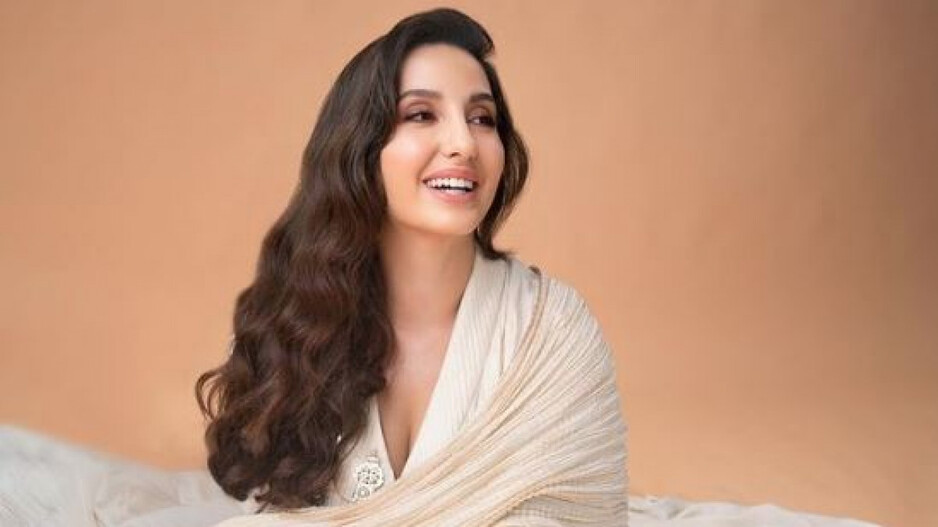 Queen of hearts Nora Fatehi has a unique fashion statement and never disappoints her fans. Known for her amazing dance moves, the Moroccan-Canadian beauty nails her every look; be it bold-bikini look or ethnic.

Recently, a set of pictures were uploaded on Instagram that shows the belly queen in a decent look. The actress has put on a yellow Punjabi salwar. Loose hairs with a black pendant and white shoes completed her look.

Nora was papped by ‘Instant Bollywood’ while she was about to hop into her car. The actress waved at the paparazzi while they captured her on their cameras.

Earlier today, Nora shared stills of a photoshoot session in which she has donned a light blue coloured slit skirt and long-sleeve blouse with matching high-heel shoes.

A few days back, the actress had set the internet on fire after sharing some bold pictures from Kusu kusu song. Her appearance is close to the look of the superhero ‘Wonder Woman’ from the DC Comics World with a crown on her head. Many fell for the actress with a glittering golden dress with open hair.

“Can’t burn a bridge to light my way…”, she captioned her post.

Nora was last seen in Bhuj: The Pride of India which is a war drama directed by Abhishek Dudhaiya. Set during the Indo-Pakistani War of 1971, the movie is about the life of Indian Air Force Squadron Leader Vijay Karnik, who, with his team, reconstructed the IAF airbase with the help of 300 women from a local village. The movie featured Ajay Devgn as Karnik, with Sanjay Dutt, Sonakshi Sinha, Nora Fatehi, Sharad Kelkar, Ammy Virk, Pranitha Subhash and Ihana Dhillon in pivotal roles.

Zaalima Coca Cola number from the movie featuring Nora had sent fans into a frenzy and the video set a record of garnering millions of views in a few hours.