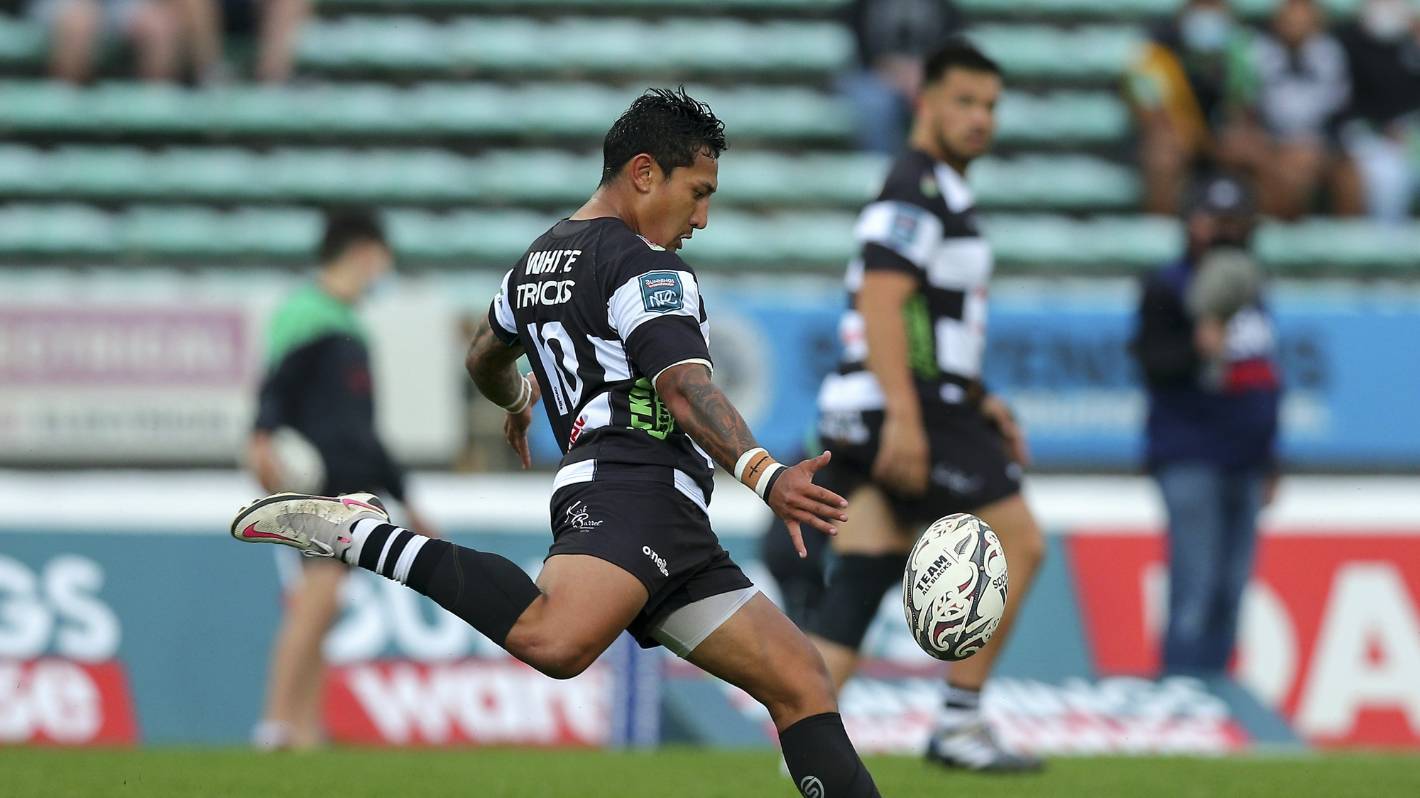 Hawke’s Bay fought back from being down 24-12 to defeat Manawatū 40-31 in Palmerston North on Saturday night.

It was a victory that not only demonstrated the class of this Magpies team, but also their depth as they took apart a Turbos team that looked like causing an upside for the first hour of this game.

The Magpies made nine changes to the team that comfortably beat Waikato 41-14 last week, to lock up the Ranfurly Shield for the summer.

Other than battling for the Kel Tremain Memorial Trophy, there was nothing riding on this game for Hawke’s Bay and it will be even more the case next weekend, when they play Northland in a non-competition game.

For Manawatū, they needed at least a bonus point to secure a home semifinal in the Championship and it wasn’t until Nehe Milner-Skudder scored in the final minute, that they were able to confirm that.

Manawatū were able to keep Hawke’s Bay out for the first 13 minutes, but only did so by constantly infringing, while the Magpies weren’t as clinical as they usually are.

The first try came against the run of play, with Manawatū loose forward Shamus Hurley-Langton showing that there’s no substitute for running hard and straight as he bent the Magpies’ defence to breaking point on a 10m charge.

It wasn’t until the 24th minute that Hawke’s Bay finally got on the board, with it coming from a Manawatū turnover inside the Magpies’ 22. They were able to counter attack quickly, with the break finished off by Ollie Sapsford.

Brett Cameron put the Turbos back in front through a penalty in the 31st minute, but Sepsford had his second try later in the half, taking an offload from hooker Kianu Kereru-Symes at a maul and scoring in the right corner.

However, there was one more try before the break, with Turbo Liam Mitchell snatching an intercept, then trundling 30m to score.

Former All Black Milner-Skudder gave the Turbos the opening try of the second half but in the 50th minute Sapsford went in for his hat-trick, with Caleb Makene’s conversion taking the score to 24-19 in the Turbo’s favour.

As the second half progressed, the Magpies bench started to make a difference and their forward rolled forward to give Pouri Rakete-Stones a try, with Makene’s resulting kick putting Hawke’s Bay back in front.

The one-way traffic continued with second-five Kienan Higgins scoring back to back tries, giving Hawke’s Bay their fifth try of the night, to put some space between themselves and the Turbos.

It seemed fitting given all the effort Manawatū put into this game that Milner-Skudder picked up a bonus point try in the dying seconds, so his team-mates will be able to rest up during their bye week and hit the semifinals feeling fresh.