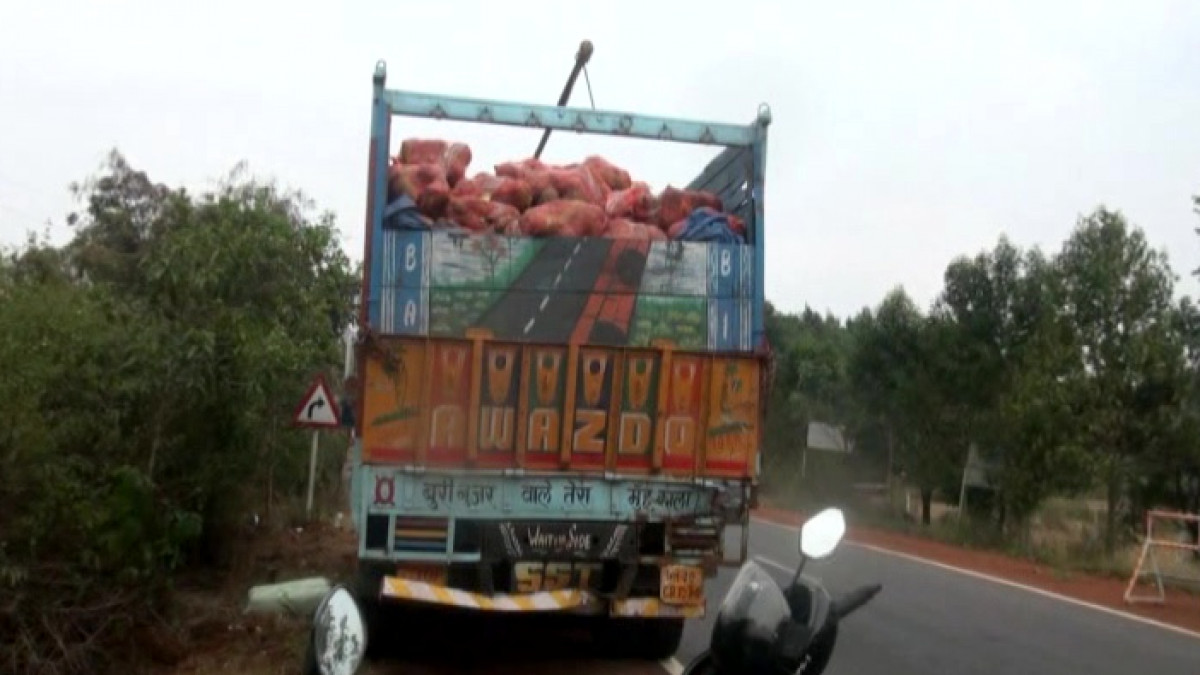 The Odisha Excise sleuths on Friday seized over a tonne of ganja hidden in an oal-laden truck in Koraput.

Acting on a tip-off on the smuggling of narcotics, a team of Excise department personnel in Koraput stepped up vehicle checking drives at various places in the town.

During the checks, the sleuths intercepted a truck loaded with oal at Mendhaguda chhak and found the massive consignment of ganja concealed under the load of vegetables during checking, informed Excise Inspector Pramod Kumar Banua.

After unloading the vegetables, the officials found that the truck was carrying a whopping 10.29 quintals of ganja having market worth of over Rs 50 lakh.

The truck driver has been arrested on charges of smuggling the contraband.

Preliminary investigation revealed that the registration number of truck belongs to Maharashtra. However, the other details like the source and the destination of the consignment and those involved in the smuggling are being probed, said Banua.