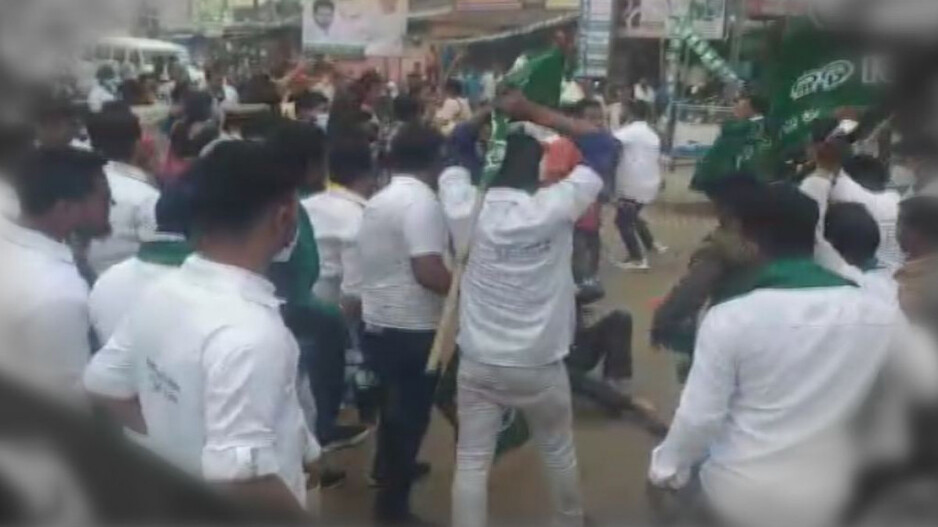 A group of BJP workers in Dhenkanal, who were taken into preventive custody for showing black flags and sloganeering against the ruling BJD ahead of the Chief Minister’s visit to Angul district, alleged that the police took them on a tour of a nearby forest where they are presently stranded.

BJP leader Rudranarayan Pani released a recorded message wherein he explained how the police harassed him and the other protestors after picking them up in a van. He said they are still to be released.

Pani said after taking him and some 50 other party workers into preventive custody from College Square in Dhenkanal, the police took them to the Sorishiapada forests in a van and made them move around. He termed the action as ‘misbehavior’ by the law enforcement sleuths. He said there were Anjali Behera, Bibhuti Pradhan and other leaders and all of them were baffled after being treated badly by the police. He pleaded for their safe release from the police custody in the recorded message which has gone viral.

Earlier in the day, BJP and BJD workers came face-to-face at Ganesh Bazaar in Dhenkanal. The incident occurred when the saffron party leaders and workers were staging a black-flag protest and raising slogans against the CM ahead of his visit to Angul. The BJD workers confronted them. A scuffle ensued between them.

In order to prevent further escalation, the police intervened and took senior leader Krushnachandra Patra and 20 workers from Ganesh Bazaar and senior leader Rudra Narayan Pani and workers from College Square by-pass into preventive custody. The saffron party leaders and workers were demanding the removal of Minister of State for Home Dibya Shankar Mishra for his alleged links with Gobinda Sahu, the prime accused in Mamita Meher murder case.

Prior to this, the police had also taken nine persons including the Dhenkanal district Congress Committee president Saroj Patnaik and BJP’s Nagar Mandal president Ajay Bhanja into preventive custody.