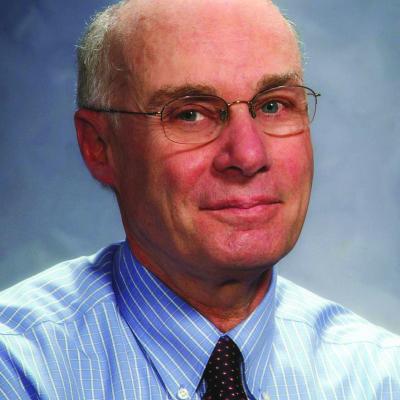 How much did you get per tooth from the Tooth Fairy? How much do your children or grandchildren receive each time they lose a baby tooth? In my family the Tooth Fairy seems to be more than keeping with inflation. Has she ever been caught in the act of swapping cash for enamel in your home? Has she every slipped up one night but managed to resurrect her credibility the following night by doubling the reward? And, by the way, what does the Tooth Fairy do with all those teeth, and who’s funding her nocturnal switcheroos?

A recent study from the Center for Genomic Medicine at the Massachusetts General Hospital in Boston may provide an answer to at least one of those questions. It turns out some researchers have been collecting baby teeth in hopes of assessing prenatal and perinatal stress in infants.

Not surprisingly, teeth are like trees, preserving a history of the environment in their growth rings. The Boston researchers hypothesized that the thickness of one particular growth line referred to as the neonatal line (NNL) might reflect prenatal and immediate postnatal environmental stress. Using data and naturally shed teeth collected in an English longitudinal study, the authors discovered that the teeth of children whose mothers had a long history of severe depression or other psychiatric problems and children of mothers who at 32 weeks’ gestation experienced anxiety and/or depression were more likely to have thicker NNLs. On the other hand, the teeth of children whose mothers had received “significant social support” in the immediate postnatal period exhibited thinner NNLs.

Based on anecdotal observations, I think most of us already suspected that the children whose mothers had significant psychiatric illness began life with a challenge, but it is nice to know that we may now have a tool to document one small bit of evidence of the structural damage that occurred during this period of stress. Of course, the prior owners of these baby teeth won’t benefit from the findings in this study; however, the evidence that social support during the critical perinatal period can ameliorate the damage might stimulate more robust prenatal programs for mother and infants at risk in the future.

It will be interesting to see if this investigative tool becomes more widely used to determine the degree to which a variety of potential perinatal stressors are manifesting themselves in structural change in newborns. For example, collecting baby teeth from neonatal ICU graduates may answer some questions about how certain environmental conditions such as sound, vibration, bright light, and temperature may result in long-term damage to the infants. Most of us suspect that skin-to-skin contact with mother and kangaroo care are beneficial. A study that includes a survey of NNLs might go a long way toward supporting our suspicions.

I can even imagine that a deep retrospective study of NNLs in baby teeth collected over the last 100 years might demonstrate the effect of phenomena such as wars, natural disasters, forced migration, and pandemics, to name a few.

It may be time to put out a nationwide call to all Tooth Fairies both active and retired to dig deep in their top bureau drawers. Those little bits of long-forgotten enamel may hold the answers to a plethora of unanswered questions about those critical months surrounding the birth of a child.

Dr. Wilkoff practiced primary care pediatrics in Brunswick, Maine, for nearly 40 years. He has authored several books on behavioral pediatrics, including “How to Say No to Your Toddler.” Other than a Littman stethoscope he accepted as a first-year medical student in 1966, Dr. Wilkoff reports having nothing to disclose. Email him at [email protected]