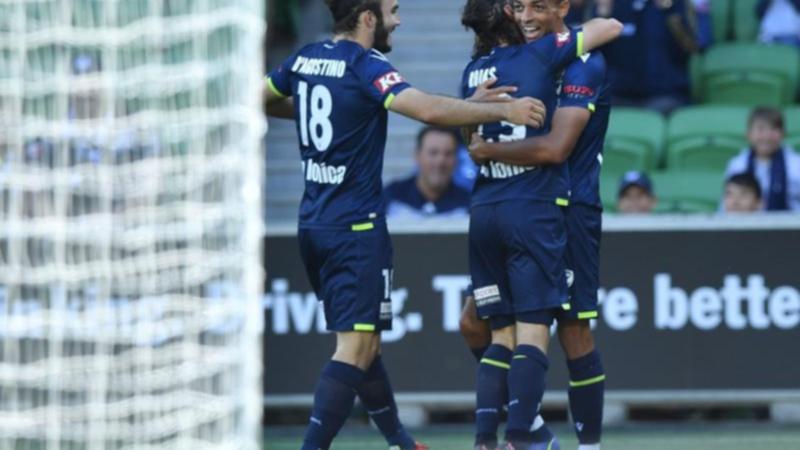 Melbourne Victory have maintained their perfect start to life under Tony Popovic with a commanding 3-0 win in their A-League Men clash with Brisbane Roar.

A Kai Trewin own-goal and Nick D’Agostino’s first strike of the season gave the hosts a handy first-half lead at AAMI Park on Sunday before Ben Folami nodded home to put the result beyond doubt early in the second stanza.

Winger Marco Rojas had a huge hand in the result, setting up Victory’s second and third goals.

Last season’s wooden spooners now have two wins from as many ALM outings since Popovic took the reins this year, and also progressed in the FFA Cup with last week’s triumph over the coach’s former club Perth Glory.

It is the first time Victory have won their first two matches of a league campaign since the 2006-07 season – when they won their first championship under Ernie Merrick – and first time they have kept consecutive ALM clean sheets in almost three years.

Trewin had a horror first half as he was booked for tripping D’Agostino off the ball before opening the scoring at the wrong end.

Under pressure from Brendan Hamill at a Victory corner, Trewin headed past teammate Macklin Freke in the Brisbane goal.

New captain Josh Brillante began a nice move for Victory’s second when he picked up a loose pass by Brisbane defender Anton Mlinaric and played in Marco Rojas, who squared the ball for D’Agostino to tap home.

D’Agostino could have made it three before the break but his left-foot attempt on the half-volley missed the target.

Brisbane coach Warren Moon replaced Cyrus Dehmie with Luke Ivanovic at the break and the substitute almost pulled back a goal within minutes of the restart.

Ivanovic rounded Ivan Kelava as the Victory goalkeeper charged out of his box, but the striker’s left-foot shot hit the post.

He was made to rue the miss two minutes later when Folami headed home Rojas’ cross from the right.