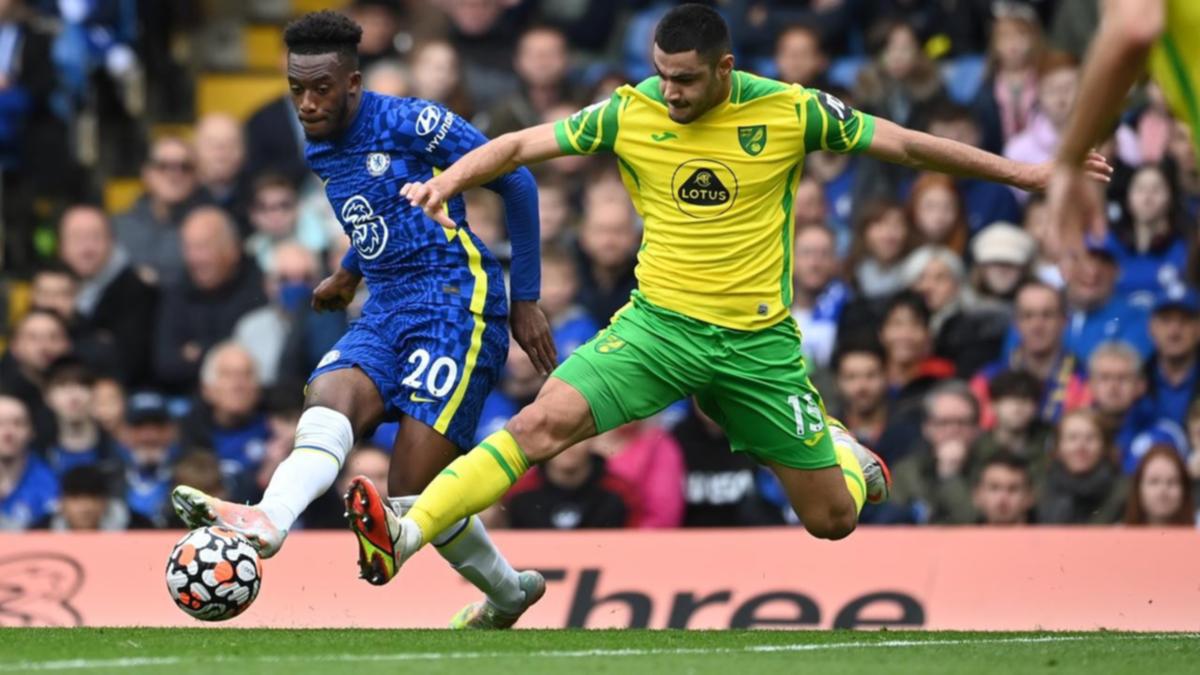 The absence of injured strikers Romelu Lukaku and Timo Werner was no problem for Chelsea as they highlighted the gulf between the top and bottom of England’s Premier League.

The leaders racked up seven goals to extend their lead to four points ahead of the afternoon matches leaving Norwich City still winless since being promoted.

Mason Mount scored a hat-trick with Callum Hudson-Odoi, Reece James and Ben Chilwell also on target and Max Aarons conceding an own goal.

City, who had Ben Gibson sent off after 65 minutes, with the score 5-0, remain bottom, with two points form nine matches.

Chelsea’s lead could be cut to three points by Manchester City later today, and then to one by Liverpool tomorrow.

Mount opened Chelsea’s account when he sent the ball low into the net after a layoff from Jorginho in a move started down the left by the ever-busy Hudson-Odoi.

The 20-year-old Hudson-Odoi earned his own reward 11 minutes later when he latched on to a pinpoint throughball from Mateo Kovacic to score.

A third Chelsea Academy product struck three minutes before half-time when Mount slid the ball into the path of James and the wing-back produced a delicious chip over the advancing Krul.

Next Chilwell sent a Kovacic pass across the face of the goal and into the back of the net past a despairing Krul.

After Aarons’ own goal and Gibson’s dismissal Tim Krul saved a penalty from Mount, only for VAR to show he had moved off his line. When the kick was retaken Mount made no mistake. Mount capped off a fine performance with a tap in from a Ruben Loftus-Cheek pass in the 91st.