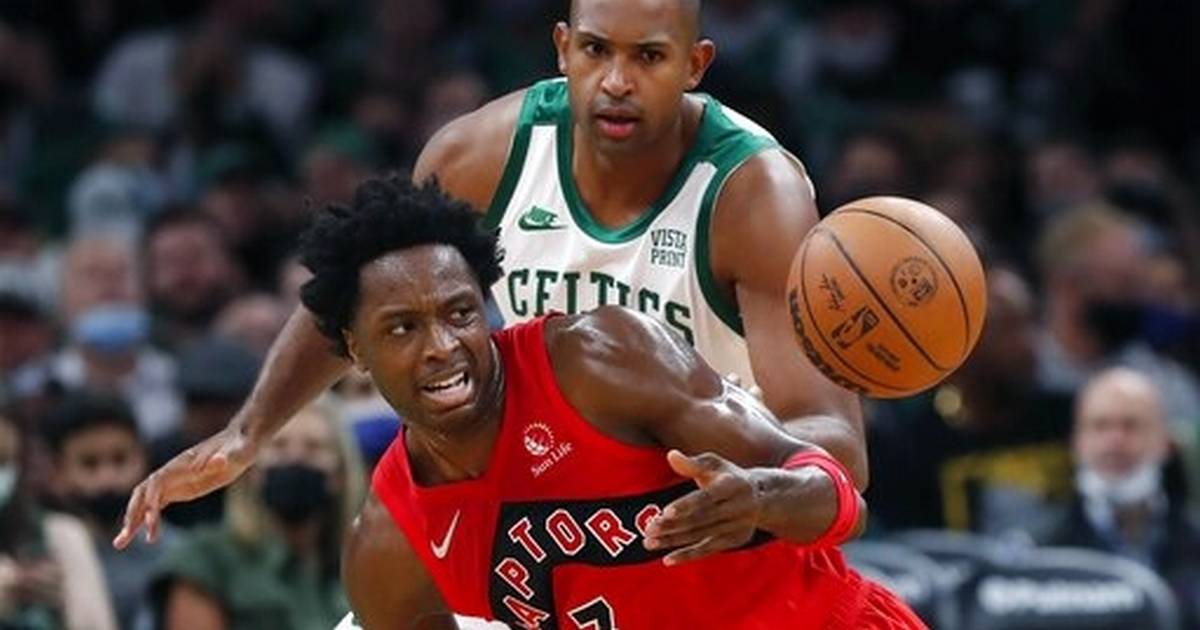 BOSTON — Scottie Barnes had 25 points and 13 rebounds, Gary Trent Jr. scored 12 of his 20 points in the third quarter and the Toronto Raptors beat Boston 115-83 on Friday night to spoil the Celtics’ home opener.

Precious Achiuwa had 15 points and 15 rebounds, and Fred VanVleet had 11 points and nine assists for Toronto, which lost its opener to the Wizards.

In new Boston coach Ime Udoka’s home debut, Jayson Tatum scored 18 points and Al Horford returned for a second stint with the Celtics to add 11 points and 11 rebounds. Jaylen Brown, who scored a career-high 46 points in a season-opening, double-overtime loss to New York on Wednesday night, had nine points on 3-for-13 shooting.

Toronto led 59-51 when Tatum was whistled for a technical foul, and the free throw made it a 10-point game. The call seemed to energize the Celtics, who scored the next three baskets to cut the deficit to two points.

But they failed to score the next five trips down the floor — never getting a shot off on three of them. The Raptors ran off 10 straight points – six of them by Trent – and 20 of the next 23 to take an 80-61 lead.

While Brown was notching a personal best in the opener, Tatum had an off-night shooting making just 7 of 30 shots – 2 of 15 from 3-point range. Tatum was 8 of 14 against Toronto, but Brown missed all seven 3-point attempts.

Pacscal Siakam has missed both games for Toronto as he returns from offseason left shoulder surgery.

Udoka made his home debut as the 18th coach in franchise history. Horford returned after missing the opener following a positive COVID-19 test. Dennis Schröder played 23 minutes and had four points, four rebounds and four assists.

It was the first full-attendance regular-season game at the TD Garden in 593 days since March 8, 2020, before the NBA’s pandemic shutdown. The building unveiled a new scoreboard with video screens nearly twice as large as the old ones with resolution that officials said is the best in the NBA or NHL.