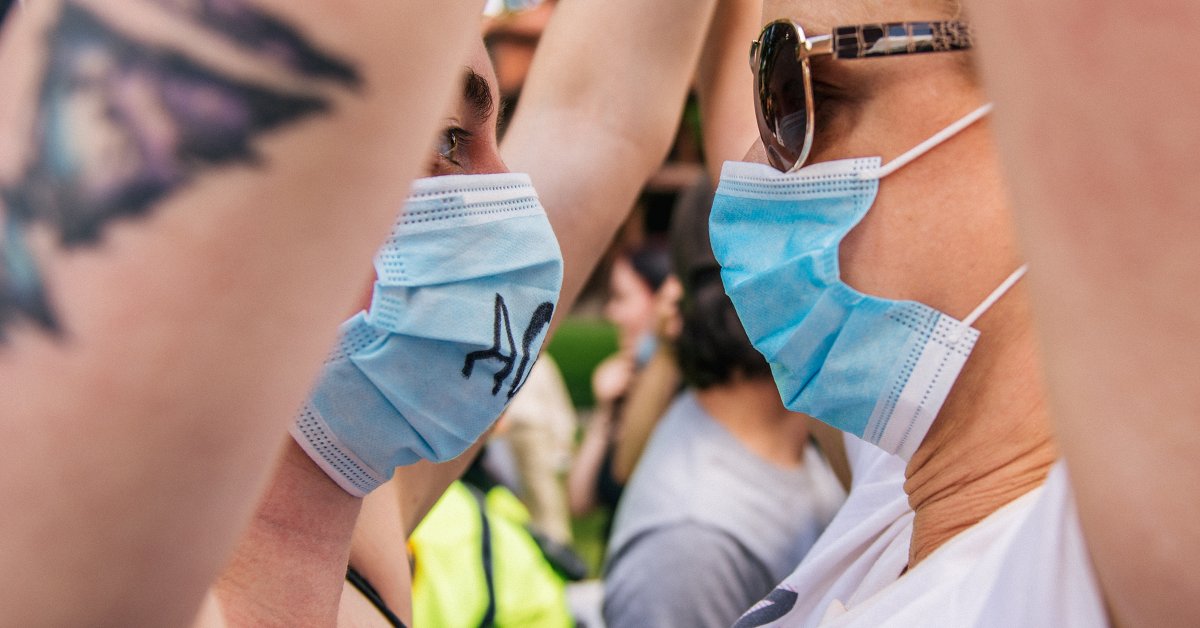 The late British theatrical impresario Baron Delfont was fond of telling a story about a young man who drops by his office one day looking for a job. Delfont, who had the reputation for being a notoriously fearsome interviewer, fixes the young man in his gaze for a few moments before taking his water jug and placing it on the desk in front of him.

“Young man,” he says, “I hear on the grapevine that you are a persuasion genius. So, I’ve got a little challenge for you. See this water jug here? I want you to sell it to me.”
[time-brightcove not-tgx=”true”]

The young man thinks about it for a moment, and then, undaunted, gets to his feet. Under Delfont’s watchful eye he wanders over to the corner of the room, picks up the waste-paper basket, and carries it over to his desk. To his potential new employer’s utter astonishment, he empties the contents of the waste-paper basket—random pieces of paper, discarded documents—out onto the work surface between them, while removing the water jug and placing it out of Delfont’s reach.

He then picks up the tycoon’s cigar lighter and proceeds to set light to the pile of rubbish in front of them.

“Right then,” he says, water jug in hand as the flames begin to spread.

If great persuaders push against an open door, the lesson, for the rest of us, lies in how they get it open. If we’re looking for a master key, then it’s more likely to be found in the heart than it is in the head. Baron Delfont didn’t buy his water jug back out of charity. He did so because his office was burning down. The more emotion involved in a decision, the less thought that goes into making it. And the less thought that goes into making it, the more nuance goes up in smoke.

In recent years, polarization has been on a world tour. Trump. Brexit. Islamic State. Much has been written about how it got started: forgotten farmers under derelict, rust belt skies; browbeating Brussels blowhards; radical, rabble-rousing reactionaries in the renegade rubble of Raqqa. But little has been said about how we might make it right; on how the black and white mindset might check itself into rehab and emerge older, wiser, more resilient and community spirited.

A clue lies in emotion. And how its sizzling synaptic wildfires precipitate extremist thinking. Recently, a team of researchers at Royal Holloway, University of London, examined in more detail the profoundly discomfiting findings that participants in virtual confrontation scenarios such as the “first-person shooters task,” which simulates the kinds of snap judgments that British police officers have to make in the line of duty, are more likely to open fire on unarmed Black people than on unarmed white individuals.

Read more: How to Reunite a Divided America: The Unum Test

Paying particular attention to when such decisions are made, the team compared the incidence of false positives (those occasions when participants misidentified target individuals as posing a threat and subsequently discharged their weapons) when the targets appeared either on a heartbeat or between them.

The results made for interesting reading. In line with previous findings, the majority of false positives occurred in response to Black individuals. But that wasn’t all. In those instances when the stimuli were timed to occur on a heartbeat, false positives rose even more. They were 10% higher than average. Not a lot, you might think, in the grand scheme of schemes. But still, statistically significant. The brain’s perception of altered, heightened arousal led to faster, snappier, more extreme and prejudicial decisions.

So, does this mean that emotion and nuance cannot coexist, that complexity and decisiveness will always contradict each other? Not at all. High stakes professions such as surgery, elite sport and hostage negotiation where life-changing outcomes can depend, in turn, on millimeters, milliseconds and micro-expressions attest to that. But what it does mean is that if political, racial and religious intolerance are to be given fewer lines in the script, then we need to keep an eye—and, more importantly, a lid—on our emotions.

Rather than arming our differences, we need to embrace them.

Easier said than done? Absolutely not. All we need to do is…be NICE. NICE stands for nuance, integrate, communicate and empathize—and we need to get it in the right order. That is, we must: 1) be prepared to legitimize viewpoints different from our own; 2) expose ourselves to them; 3) talk to those who have them about why they have them; and 4) take on board the reasons that they give.

For example, a study conducted a few years ago in the U.S. revealed that conservatives tend to hold more accurate stereotypes of liberals than liberals do of conservatives. Factoring in the results of another U.S. survey, one possible reason for this is that liberals, somewhat surprisingly perhaps, appear more likely than conservatives to avoid people who don’t share their views, blocking or unfriending them on social media. Conservatives, in other words, are apparently a tad NICEr than liberals.

Let’s look at the flip side. Some 50 years ago now, the social psychologist Henri Tajfel posed a curious question: How do you get a bunch of people who ordinarily get on well to suddenly dislike each other?

The answer, he discovered, was simple. Divide them up into two arbitrary groups (a red group versus the blue group, for example), separate them, and then afford each group the opportunity to “gel” away from the other. Follow that interpersonal recipe and in no time at all individuals will start to show favoritism towards members of their own group and antagonism towards those of the other group. So deeply hardwired is our need for affiliation that even these so-called “minimal groups” have the power to make us loyal.

These days, as if we need any reminding, under an algorithmic avalanche of hashtags, handles and keywords, minimal groups have a habit of springing up all over the place—and our highly responsive group loyalty buttons are being pressed constantly. Not that this is anything new. Studies reveal that chimpanzees show contagious yawning (a good indicator of empathy) when they are in the presence of in-group chimpanzees but not in that of out-group chimpanzees. Evolution cottoned on to the power of the in-group bias when we were still in the throes of our distant arboreal youth.

So, what can we do about it? Are we to be forever made a monkey of by our need to be one of the gang? Is NICE nice enough but ultimately ineffective against the badass cognitive gatekeepers of our evolutionary desire to belong? The answer is yes and no. ‘Us’ and ‘them’ will always be part of the band. But by being NICE we can unplug them surreptitiously from the amp.

A little-known tale about a certain British Prime Minister demonstrates this art of surreptitious unplugging beautifully. It is a singular, salutary story for our time. One evening, at the end of a gala banquet in Downing Street back in the 1950s, Winston Churchill spotted a fellow guest about to make off with a priceless silver salt cellar from the table.

Read more: How Can We Escape the COVID-19 Vaccine Culture Wars?

Churchill was caught in two minds. On the one hand, of course, he wanted to avoid a scene. But on the other, quite naturally, he was loath to let the scoundrel get away with it.

What was he to do? The answer wasn’t so much ‘nudge’ as an influence gun to the head. He picked up the matching silver pepper pot, popped it inside the pocket of his Savile Row dinner jacket, approached the gentleman in question, took it out, set it down on the table in front of them, and whispered conspiratorially in his ear: “I think they’ve seen us. We’d better put them back.”

Anyone serious about reducing polarization should examine this masterclass carefully for it conceals profound psychological wisdom. Through his natural persuasion genius, Churchill—like an Einstein or a Newton grappling with the mysteries of the universe on some rarefied mathematical plain —’saw’ the solution in front of him, shimmering in the influence firmament. He just had to do the work.

The bulk of that work lies in establishing common ground. Churchill instinctively realized that disagreeing upon a platform of unity carried a far higher chance of persuasive efficacy than doing so across a chasm of discord. So, by pretending to steal the pepper pot he immediately manufactured some Us and Them ‘to go,’ which enabled him, forthwith, to address a ‘fellow thief’ —‘one of his own’—as opposed to openly confronting a ‘villain’.

That is, he challenged from the sanctum of the in-group rather than from the enemy position of an out-group.

This is conflict resolution calculus that we can all do with learning. And which is very easy to grasp. Here’s how: Next time you encounter someone with opposing views—anti-vaxx, for example—don’t denounce them as evil, or stupid, or nuts. Do the opposite. Do what Churchill did. Begin by deriving, from the first principles of shared human sensibility, that simple scrap of common ideological ground. Factorize ‘them’ into ‘us’ and the radical remnants of the scary psychological algebra start falling into place. Republicans and Democrats: opposite sides of the aisle but inalienably united under the foundational banner of life, liberty and the pursuit of happiness. Brexiteers and Remainers: one wanted in, the other out, but both had the interests of the United Kingdom at heart. Vaccine proponents and anti-vaxxers: one COVID policy compliant, the other vaccine denier, but neither possesses a death wish or the desire to kill the other.

The vaccine debate is a particularly contentious issue at the moment—and an especially timely example of the power of being NICE. Tempting though it may be to denigrate COVID vaccine dissidents as a dangerous, lunatic fringe research shows that if our deeply held beliefs are challenged head on and in too adversarial a fashion we can sometimes end up becoming even more intransigent. This is known as the backfire effect and describes how under conditions of threat, judgment or perceived coercion we have a tendency to double down on our convictions – to fight corners rather than turn them. Far better, then, to embrace anti-vaxxers’ uncertainty over the jab; to listen, empathize and focus on the benefits of getting it, and to direct them to sources of additional information that they can process and digest without feeling pressured to do so. Far better to simply be NICE.

The Panamanian boxer Roberto Durán was hated in Puerto Rico for many years, mainly because he was continually beating up on Puerto Rican fighters in the ring. One day, back in 1989, Durán heard that one of his great rivals, Esteban de Jesús, had only weeks to live after contracting AIDS. Durán flew to San Juan, made his way to de Jesús’ home, lifted him tenderly out of his bed, and embraced him.

News of the encounter travelled fast. Little was known about AIDS at the time and people were terrified.

From that moment on, Durán became a hero in Puerto Rico.