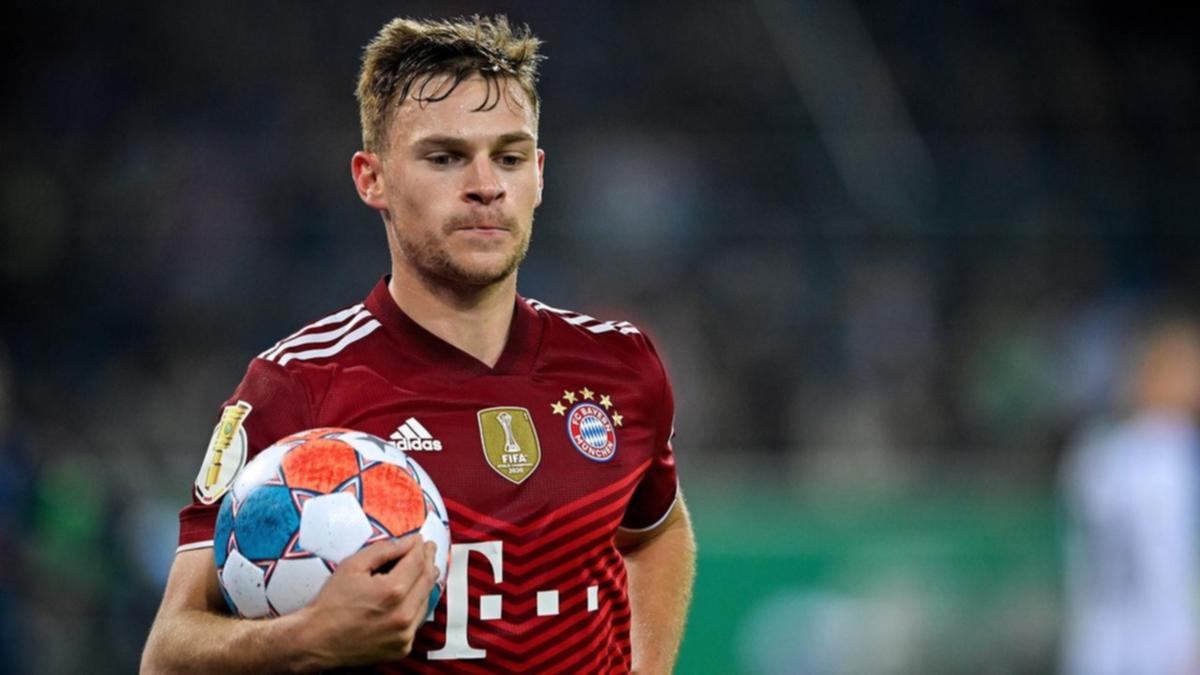 Unvaccinated Bayern Munich players such as Joshua Kimmich won’t be paid their salary during coronavirus quarantine periods, according to a report.

Citing team sources, the Bild paper said on Sunday that Bayern bosses had summoned the four players who had to quarantine recently to a meeting and told them they would retroactively not be paid.

Further sanctions, such as having unvaccinated players train on their own, are also said to be under consideration as they aim to mount pressure on players to get the jab.

Kimmich, who has confirmed in public that he hasn’t received the jab, is in isolation again after a person in his private sphere tested positive.

That made him miss Bayern’s league defeat at Augsburg on Friday, which allowed Borussia Dortmund to cut Bayern’s Bundesliga lead to one point.. He will also be absent from the midweek Champions League trip to Dynamo Kiev.

Vaccination is not mandatory for German footballers but the debate has gained momentum since Kimmich’s statements and amid fast rising infection numbers in the country. A number of politicians are calling for mandatory jabs for players.

“He won’t like that,” former Munich chairman Karl-Heinz Rummenigge said of Kimmich in connection with the possible pay cuts.

Rummenigge said such pay cuts must also be seen in a general financial context, with Munich facing less income in at least the next three home games because they can only fill the stadium to 25 per cent of its capacity, owing to Bavarian pandemic rules.

The ex-boss named Kimmich a responsible person in general but warned that the debate was harming the club.

“It’s a debate that is slowly becoming annoying for the club. Everyone has tried to clear up the non-vaccination issue or to find a solution. That has not been successful to date, Rummenigge said.

“Corona is occupying the whole club and the team.”

Coach Julian Nagelsmann did not want to blame the Augsburg defeat on Kimmich’s absence, saying the squad has debth and Kimmich could have also been injured, but Rummenigge said: “No club on earth can replace players like Joshua Kimmich.”