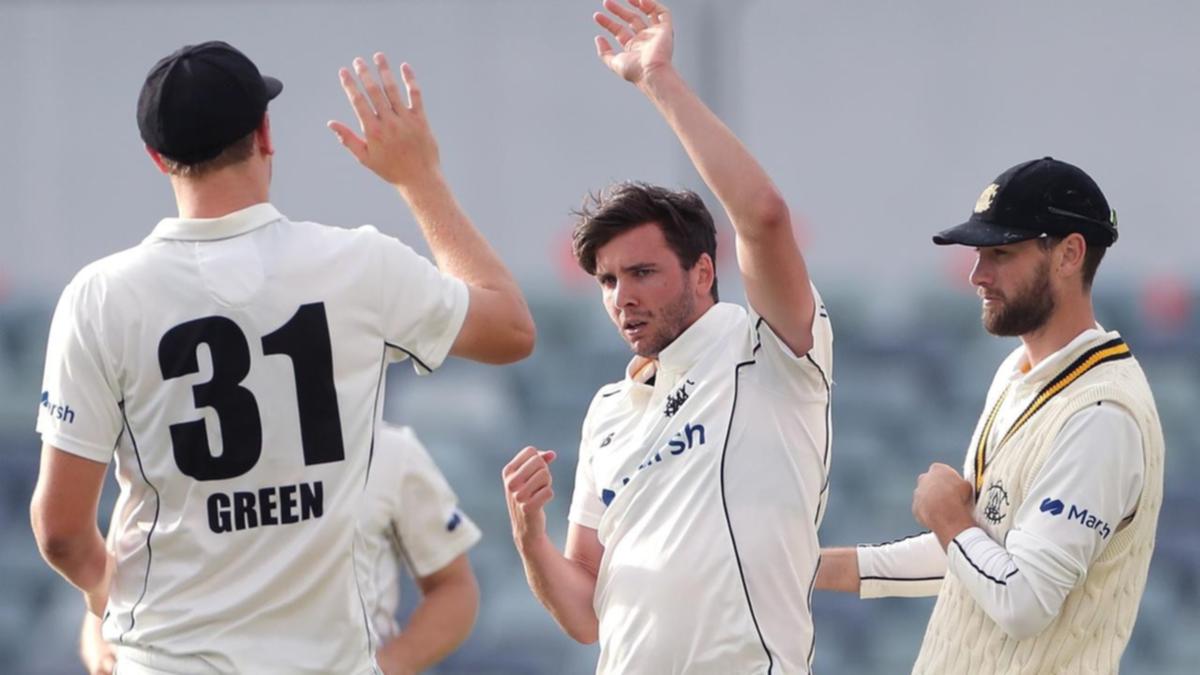 Star WA paceman Jhye Richardson will be held back from one-day duties for the short term to allow him to build a case for a dream Ashes call-up.

Richardson missed last week’s one-day loss to Tasmania, and he suffered a painful back spasm that ruled him out of days two and three of the Shield clash that followed.

The 25-year-old will be a notable absentee from Monday’s one-day contest with South Australia at the WACA Ground, but he has been cleared to play in the Shield match later that week.

Richardson made an impressive Test debut in 2019 before a string of shoulder injuries put his career on hold.

Mitchell Starc, Pat Cummins, and Josh Hazlewood are all locks to lead Australia’s pace charge in the Ashes, but the likes of Richardson, Michael Neser, Sean Abbott, and Mark Steketee are all vying for selection as back-up.

Richardson battled a side strain and an ankle injury leading up to the domestic season, and WA coach Adam Voges said the immediate focus for the nippy right-hander was long-form cricket.

“In the short term there’s a conscious decision for that,” Voges said.

“Jhye, barring these last couple of weeks, has been a pretty resilient athlete.

“So it’s about building him, and making sure he can get some consistent cricket in.

“I imagine by the time we get to a month or so, he’ll be available for all formats. But while we’re building him, we’re prioritising four-day cricket.”

Richardson suffered a back spasm while warming up on day two of this week’s Shield loss to Tasmania.

He returned on day four to produce a handy knock of 50 and then take 2-37 with the ball.

Although Richardson has pulled up sore from his first Shield hit-out since 2019, Voges isn’t worried.

“There’s some general soreness there, but we’ll work through that over the next couple of days, and we fully expect him to be fit for the Shield game against South Australia.”

“You’ve got to back the great players in,” Voges said.

“David Warner has played a lot of really good cricket for Australia over a long period of time, and you’ve got to back those guys on the big stage.

“He’s often produced it on the big stage, and you have to back him in to do that.”