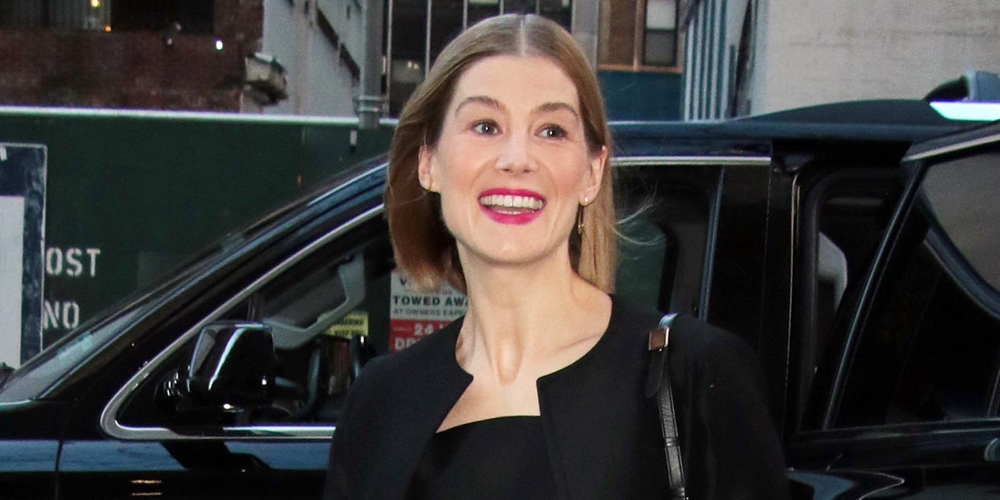 Rosasmund Pike waves to the cameras while arriving at the NBC Studios for an interview in New York City on Friday (November 19).

The 42-year-old actress has been promoting her new Amazon Prime series, The Wheel of Time, where she plays Moiraine.

During the recent premiere in London, it was revealed that Rosamund actually sliced her hand with a sword while filming the show in the Czech Republic.

Daniel Henney, who stars as Lan Mandragoran, told reporters about he accidentally sliced Rosamund‘s hand while shooting a scene.

“The second week of shooting, Rosamund and I, we mistimed a step. I use a real sword for balance and I sliced her hand and she screamed, and she fell,” he explained, adding that as “she jumped into an ambulance, I jumped into a car and we hit the nearest emergency room in the countryside in the Czech Republic.”

Daniel continued, saying that they were spending “our second week together trying to find an X-Ray tech to get her bone X-rayed to make sure our show wasn’t totally screwed and it was a real bonding moment, no pun intended.”

“It was a real chance for us to get to know each other. Long story short, everything turned out fine but it was a special night.”

The Wheel of Time is streaming now on Prime Video.