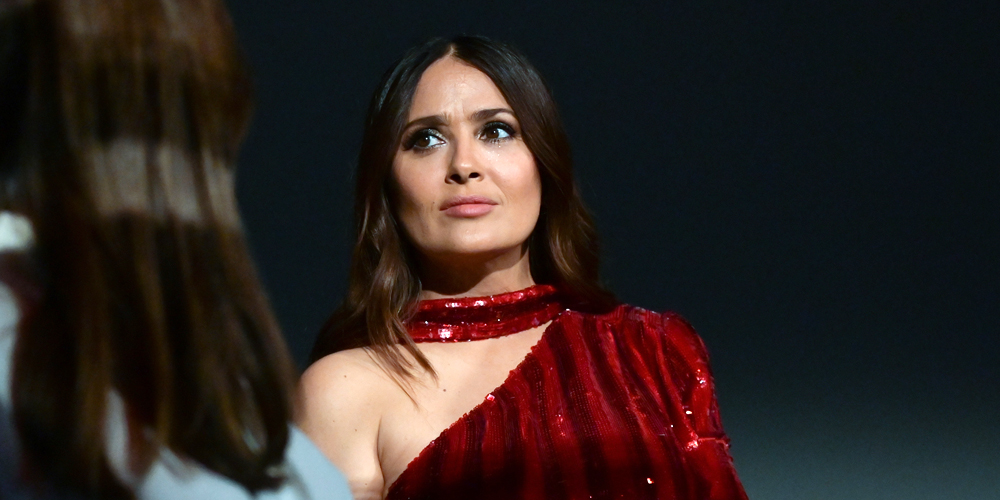 Salma Hayek is opening up about the lengths she went through to keep her role in Eternals a secret.

During her appearance on The Graham Norton Show, which aired this week, the 55-year-old actress opened up about the secrecy surrounding the film and how she was actually dying keeping it a secret.

Salma recalled that she was advised by director Chloe Zhao about avoiding spoiling anything about the movie, even through the walls of hotel rooms.

“I remember talking to the director for the first time in a hotel room where they do that [Comic-Con] in San Diego where all the people dress like Halloween when it’s not Halloween. The whole thing was completely surreal,” she shared. “And talking to her, I’m Mexican, I talk loud…and I start asking her questions, and she’s like, ‘Shhh!’ I’m like, ‘What?!’ [She says], ‘They can hear us. And in the script, it’s a secret.’”

She added Chloe telling her that she had to be very careful: “‘Everybody knows that we’re talking about the new Marvel movie, they could be [listening] through the walls.’”

“She was serious because they actually do it. So it was really weird. But I love it now, I feel at home.”

Salma also previously revealed that before the big reveal at Comic-Con, she had been filming The Hitman’s Wife’s Bodyguard with Samuel L. Jackson and Ryan Reynolds, who are both part of the MCU now, and was dying to brag about it to them.

“It was terrible, because when I was doing that movie I had still sworn secrecy, and nobody knew. And they were all talking about their Marvel stuff, and [Ryan] was asking him because now Deadpool is [going to be in the MCU],” she shared. “I was not sitting with that self-confidence. I was dying to brag. I wanted them to know so badly…I was like, ‘Oh, I wonder if I get fired if I just say it to these two.’”

“One day I’m sitting with Sam after they were talking about it a lot and he goes, ‘So how much are they going to pay you?’ or something like this, or ‘Oh, so which one are you?’” Salma recalled. “No, I didn’t say anything. I go, ‘What are you talking about?’ He goes, ‘Come on, I’ve been watching you, you’re in the Marvel movie, but you don’t want to say it because they told you not to say it. It’s okay, I’m part of the family.’ It was incredible.”

Eternals will open in theaters on November 5.