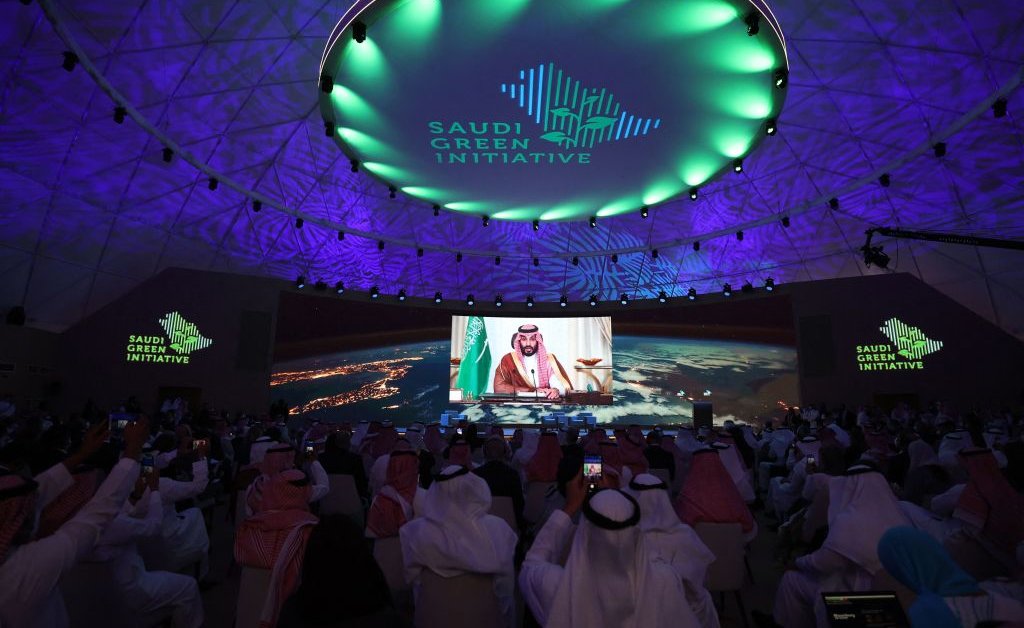 Saudi Arabia said Middle Eastern economies will be boosted by efforts to cut planet-warming gases and announced a fund to invest in carbon-capture technology.

“Climate change is an economic opportunity for individuals and the private sector,” Crown Prince Mohammed bin Salman said in Riyadh on Monday at a forum attended by several heads of state. Reducing emissions will “create jobs and strengthen innovation in the region.”

The kingdom will establish a fund to improve carbon sequestration and back a plan to feed hundreds of millions of people by providing them clean cooking fuels, Prince Mohammed said. The two initiatives will cost 39 billion riyals ($10.4 billion) and Saudi Arabia will contribute 15%.
[time-brightcove not-tgx=”true”]

The government will also open regional centers for early warning of storms, for sustainable fishing and for cloud seeding.

On Saturday, the prince pledged that Saudi Arabia would neutralize greenhouse gas emissions within its borders by 2060. It marked a seismic shift for the world’s biggest oil exporter, though officials included plenty of caveats and emphasized that Saudi Arabia and others would need to pump crude for decades to come.

The kingdom will try to develop facilities that capture and store carbon emissions as part of that commitment. The technology will be used for the production of blue hydrogen, a fuel made by converting natural gas and seen as crucial to the green-energy transition.

The net-zero goal “is a major step forward,” U.S. President Joe Biden’s climate envoy, John Kerry, said earlier on Monday. “It’s critical to have one of the world’s largest producers of fossil fuels step up at a moment when all countries, no matter their circumstances, need to come together.”

Other leaders at the Riyadh conference emphasized the need for governments to accelerate efforts to slow climate change.

“Just in the last two years we have seen fires in Siberia, in California, in the Mediterranean—unprecedented,” Pakistan’s Prime Minister Imran Khan said. “I hope that collectively we take this challenge much more seriously than we have done.”

Pakistan is stopping all coal projects and wants to make renewables 60% of its energy mix by 2030, he said.