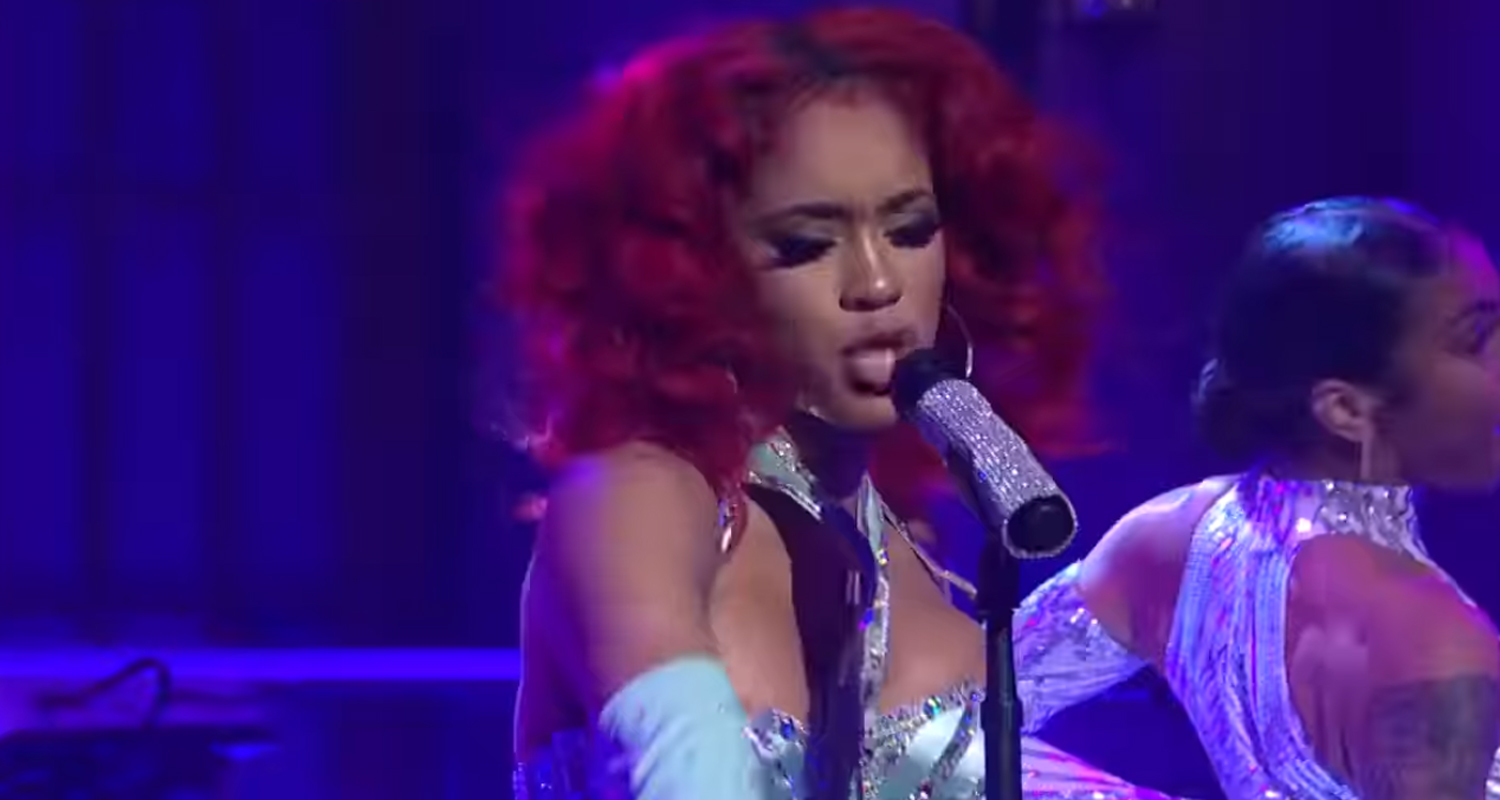 The 28-year-old rapper took over the stage as the musical guest of the NBC sketch comedy series on Saturday (November 20).

During her two performances, Saweetie performed a while bunch of her hit songs.

First up, Saweetie performed a medley of “Tap In” and “Best Friend” while giving off old Hollywood glam vibes in a curve-hugging mint-colored, silk dress and long matching gloves.

While performing, Saweetie started off in long, white and bedazzled dress before her back-up dancers ripped off the long skirt so that Saweetie could show off her twerking skills.

If you missed it, Saturday Night Live just announced who will be hosting the last two episodes of 2021!