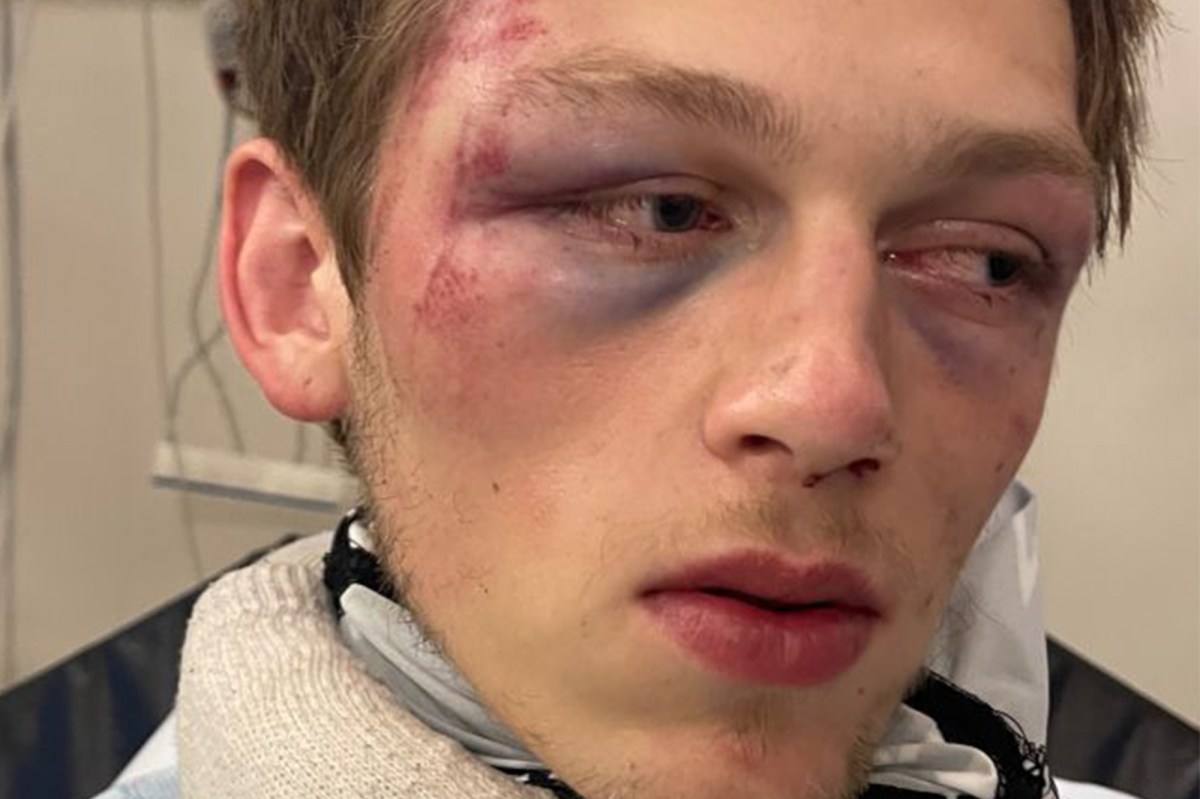 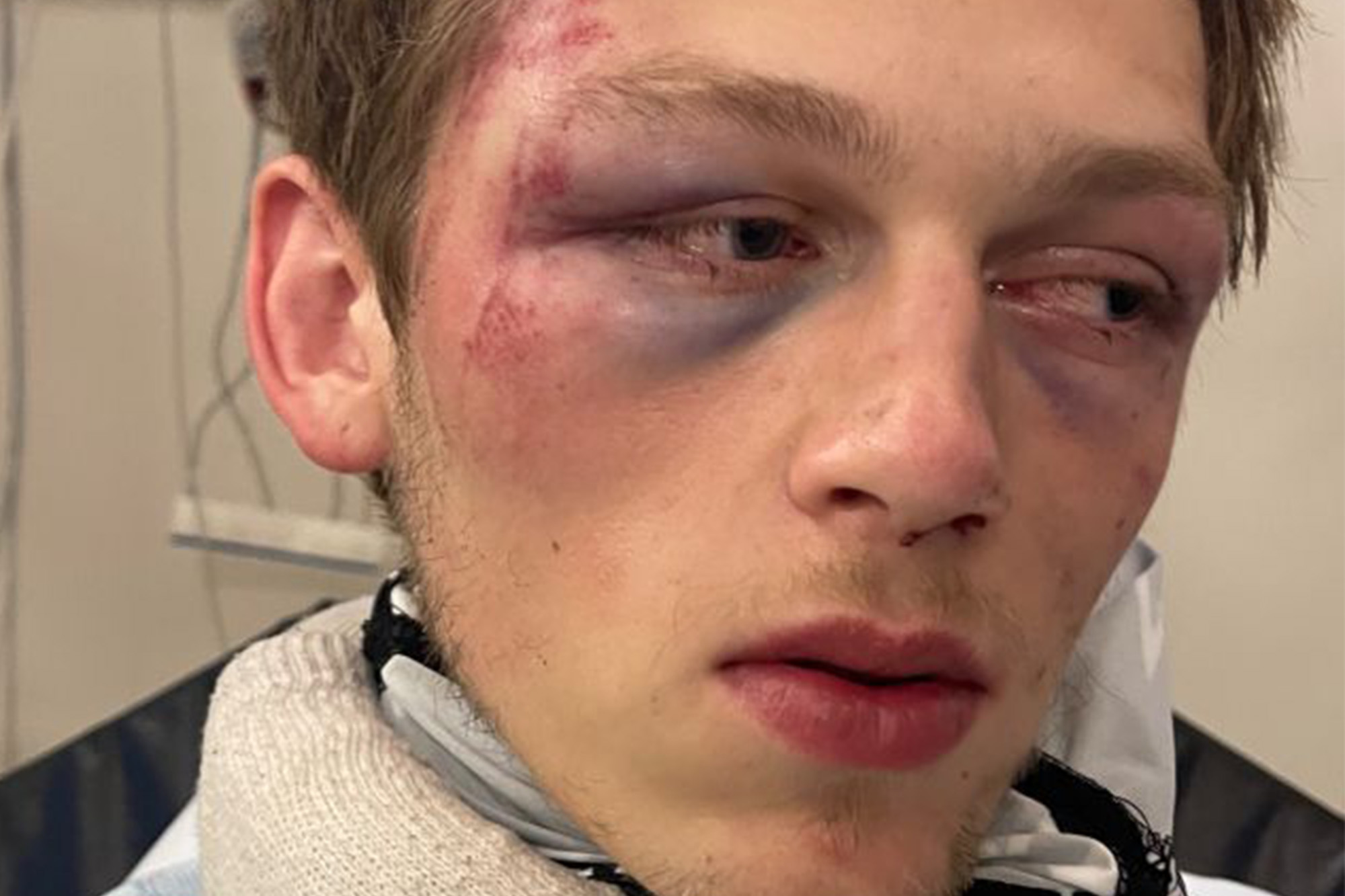 A 22-year-old freelance photographer was brutally attacked and beaten by a stranger while on vacation to Seattle.

The victim, who goes by Caliber Visuals on social media, is still spitting up blood and getting severe headaches days later, he said.

The attack was caught on graphic surveillance video, and shows Caliber approached by a man in an orange shirt and black pants. The two seem to shake hands when the suspect doesn’t let go and throws Caliber to the ground.

The suspect repeatedly kicks and stomps on Caliber’s head repeatedly before knocking him unconscious. The suspect then goes through Caliber’s pockets, taking his money and personal belongings before walking away, leaving Caliber immobile on the sidewalk.

Viewer discretion is advised, as the video is difficult to watch.

A bystander who witnessed the attack called 911, police said in a statement. Caliber was transported to Harborview Medical Center, where he received treatment for head trauma and facial injuries.

Caliber — who is just about to turn 23 next month — has started a GoFundMe page to help cover his medical expenses and his stolen belongings, which include his iPhone 12, atl east $900 cash and a friends car keys that cost $700 to replace, as well as his wallet with his personal ID and debit cards, he said.

While recovering in the hospital, where he said he’s taken multiple MRI tests, he said he’s still “spitting up blood” and getting “severe headaches” as a result of the attack.

He said that he had visited Seattle that weekend to take a “mental break” to visit a friend after suffering injuries in a car accident months earlier.

He said as he recovers, he is just looking towards celebrating his upcoming birthday.

“I turn 23 at the end of this month and wasn’t expecting any of this to come about, I’ve had some great support from close friends and family which im highly thankful for but at this point I really just want to look forward to enjoying my birthday.”

No arrests have been in the incident.