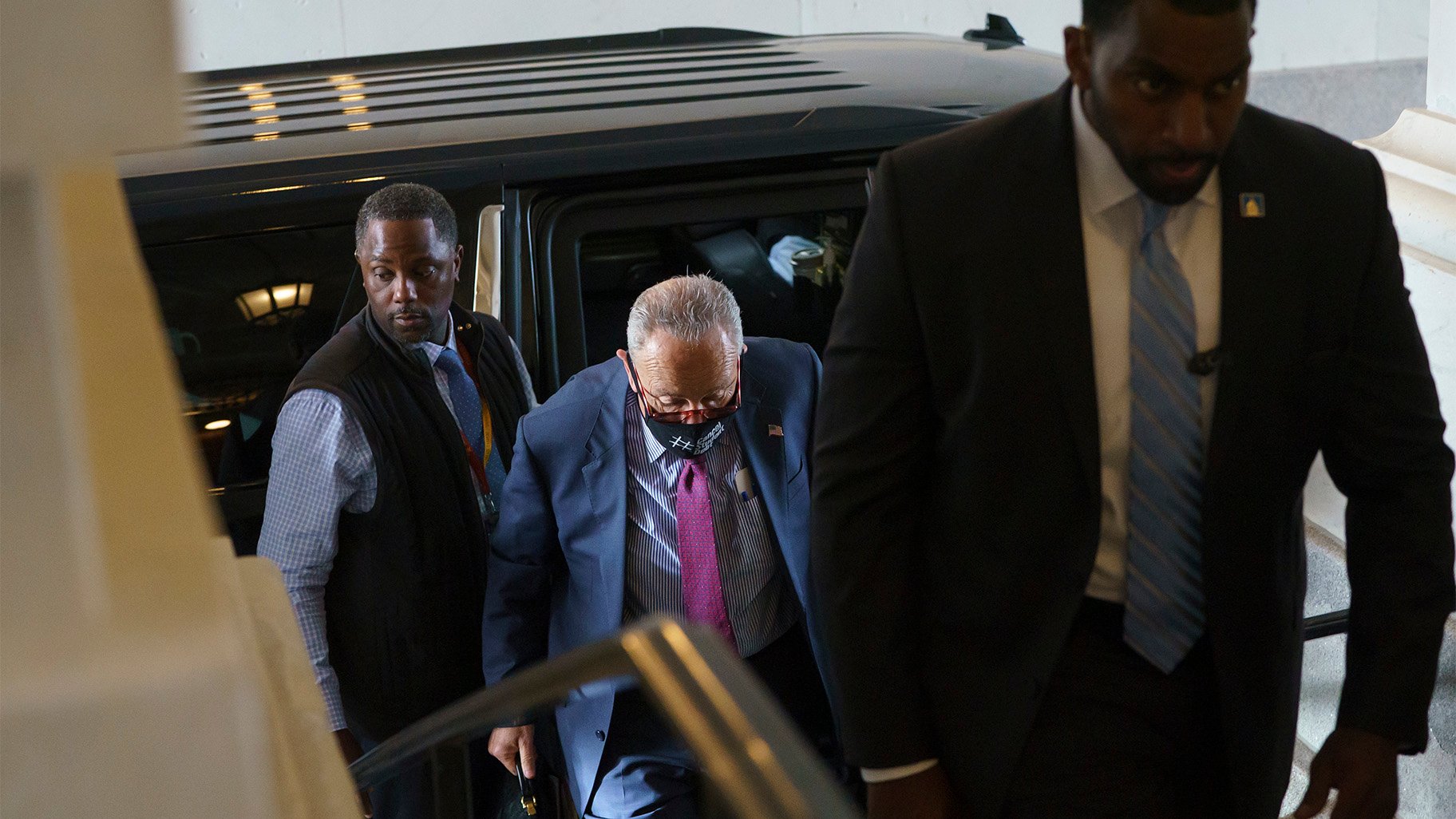 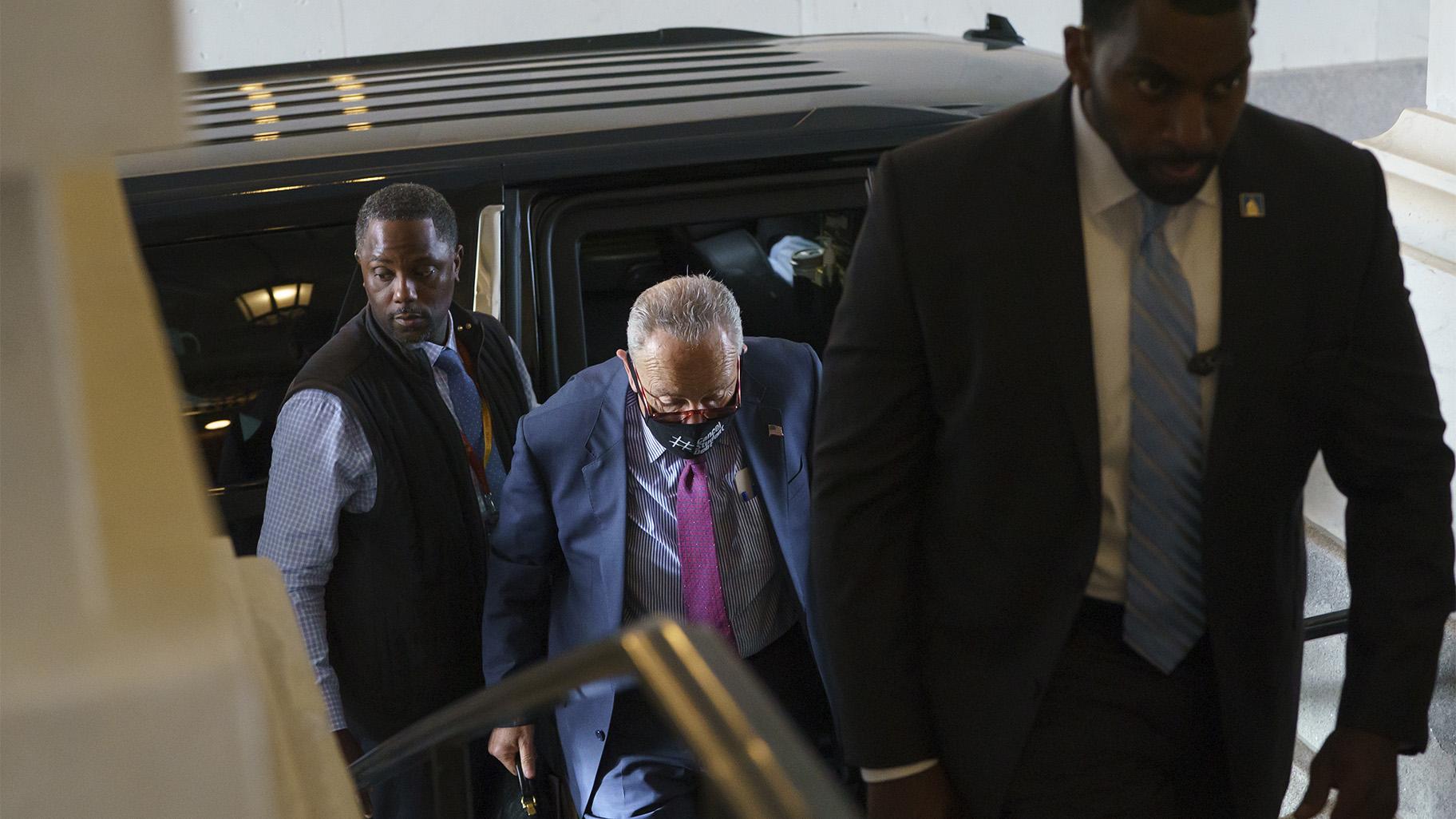 
WASHINGTON (AP) — The Senate moved closer to passing a $1 trillion infrastructure package Saturday after lawmakers from both parties came together and voted to clear a key procedural hurdle, but the action soon stalled out as opponents tried to slow the rush to approve one of President Joe Biden’s top priorities.

The measure would provide a massive injection of federal money for a range of public works programs, from roads and bridges to broadband internet access, drinking water and more. In a rare stroke of bipartisanship, Republicans joined the Democrats to overcome the 60-vote threshold needed to advance the measure toward final votes. The vote was 67-27, a robust tally. If approved, the bill would go to the House.

But momentum dragged as opponents refused to yield 30 hours of required debate before the next procedural vote, which could delay swift passage of the package and result in a dayslong slog.

“We can get this done the easy way or the hard way,” Senate Majority Leader Chuck Schumer, D-N.Y., said as the Senate opened on Saturday.

Senators are meeting for a second consecutive weekend to work on the Infrastructure Investment and Jobs Act, which is the first of Biden’s two infrastructure packages. Once voting wraps up, senators immediately will turn to the next item on Biden’s agenda, the budget outline for a $3.5 trillion package of child care, elder care and other programs that is a much more partisan undertaking and expected to draw only Democratic support.

Schumer has vowed to keep senators in session until they finish up the bipartisan bill and start the initial votes on the next big package.

Vice President Kamala Harris arrived on Capitol Hill for meetings on the bipartisan legislation, which Biden said offered a potentially “historic investment,” on par with the building of the transcontinental railroad or interstate highway system.

Overcoming the 60-vote hurdle was a sign that the tenuous alliance between Republicans and Democrats could hold on the public works package. At least 10 Republicans had to join all Democrats to advance the measure past a filibuster — and in the end 18 Republican senators voted to advance the package.

Senate Republican leader Mitch McConnell of Kentucky has so far allowed the bill to progress, and his vote — “yes” — was closely watched. “This is a compromise,” he said before the vote.

For some Republican senators the back-to-back voting schedule is what they are trying to delay, hoping to slow or halt what appears to be a forward march by Democrats to achieve the president’s infrastructure goals.

Sen. Bill Hagerty, R-Tenn., an ally of Donald Trump, who was the former president’s ambassador to Japan, was among those leading the effort for the Senate to take as much time as needed to debate and amend the bill.

“There’s absolutely no reason to rush,” Hagerty said during a floor speech Saturday.

Senators have spent the past week processing nearly two dozen amendments to the 2,700-page package, but so far none has substantially changed the framework of the public works package. Some senators are insisting on more amendments — including one on cryptocurrency and a longshot effort by defense hawks to add $50 billion for shipbuilding and other defense-related infrastructure.

Sen. John Cornyn, R-Texas, who has an amendment to repurpose a portion of the untapped COVID-19 relief aid that had been sent to the states, is among those on both sides of the aisle trying to expedite the process.

Congress is under pressure to make gains on the president’s infrastructure priorities — first with the bipartisan bill and then with Democrats’ more sweeping $3.5 trillion budget blueprint they plan to shoulder on their own.

For senators who have been slogging through debate — and months of give-and-take negotiations — the bill is a chance not only to send federal dollars to their states, but also to show the country that Congress can work together in a bipartisan way to solve problems.

Sen. Lisa Murkowski, R-Alaska, said the needs in her state were obvious — including money for water systems in remote villages without running taps for handwashing during the COVID-19 pandemic. But as one of the negotiators, she also wants to demonstrate that lawmakers can unite.

“I’m really worried that everybody believes that we’re as dysfunctional as we appear to be, and so to prove otherwise, it’s kind of important,” she said. “The Senate needs some demonstrated acts of bipartisanship.”

Senators have found much to like in the bill, even though it does not fully satisfy liberals, who view it as too small, or conservatives, who find it too large. It would provide federal money for projects many states and cities could not afford on their own.

Sen. Joe Manchin, D-W.Va., said, “America has not seen this type of infrastructure investment in 30 years.”

Trump weighed in Saturday with a statement criticizing Biden, senators of both parties and the bill itself, though it’s not clear whether Trump’s views hold sway over the lawmakers.

An analysis of the bill from the Congressional Budget Office drew concerns, particularly from Republicans. It concluded that the legislation would increase deficits by about $256 billion over the next decade.

But the bill’s backers argued that the budget office was unable to take into account certain revenue streams — including from future economic growth. Additional analysis released Saturday by the budget office suggested infrastructure spending overall could boost productivity and lower the ultimate costs.

Paying for the package has been a pressure point throughout the months of negotiations after Democrats objected to an increase in the gas tax paid at the pump and Republicans resisted a plan to bolster the IRS to go after tax scofflaws.

Unlike Biden’s bigger $3.5 trillion package, which would be paid for by higher tax rates for corporations and the wealthy, the bipartisan package is funded by repurposing other money, including untapped COVID-19 aid, and other spending cuts and revenue streams.

The House is in recess and is expected to consider both Biden infrastructure packages when it returns in September.