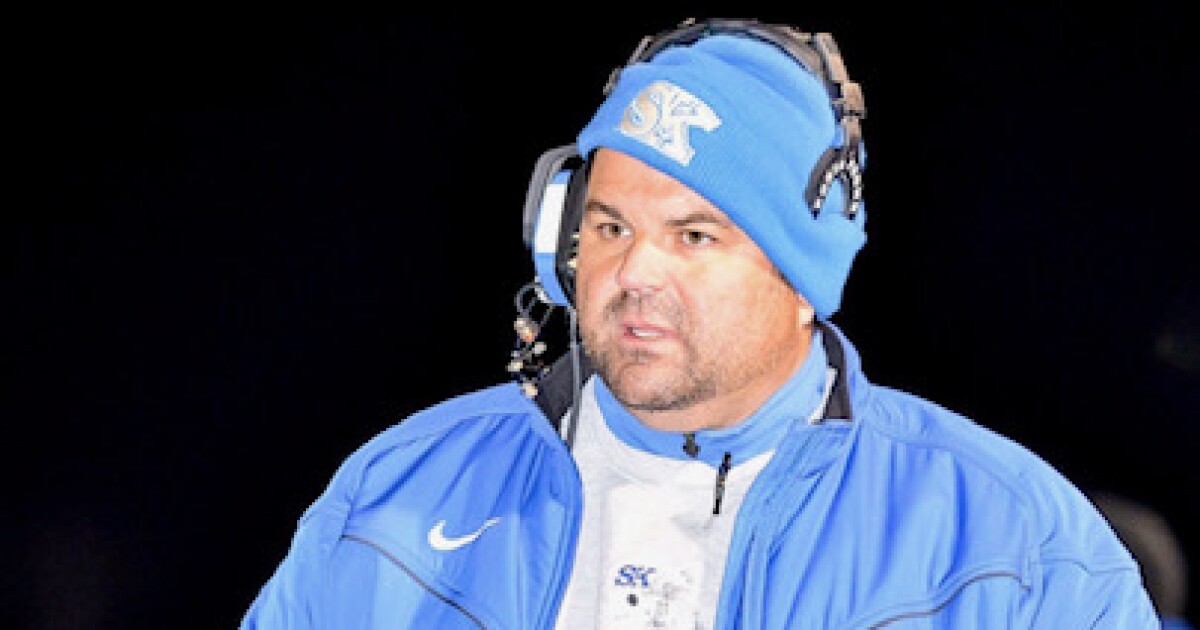 Marksberry’s decision is effective Dec. 31. His impact at the school – whether through coaching, teaching or administration – is significant.

“I’ve worked with Jeff since 2001 so we’ve been here for a long time. I was a coach while he was an athletic director. I taught with him and then got to work with him in administration. The No. 1 thing I’d say is he’s always about what’s best for our kids. If we can say that at the end of our career I’d say we’ve done a pretty good job.”

Marksberry, 52, said a combination of factors led to his decision including allowing more time for his family after the challenges of overseeing 22 sports during the COVID-19 pandemic.

Marksberry, who has a career 158-103 head football coaching record, has been at Simon Kenton for 25 years including three years as an assistant football coach.

He said he is currently the longest tenured active head football coach in Northern Kentucky. Marksberry, a 1987 Holmes graduate, has been coaching for 30 years overall including five years at his alma mater, prior to Simon Kenton.

Marksberry wouldn’t rule out a return to coaching at some point but it said it likely wouldn’t happen in 2022.

The Simon Kenton football program had 10 seasons of at least 10 wins under Marksberry. The Pioneers had a winning record in 15 of his 22 seasons.

Simon Kenton won’t ever forget the 2008 Class 6A state runner-up team with players that included quarterback Chad Lawrence and running back Miles Simpson.

“We just had an unbelievable connection where the kids just trusted each other and were great teammates,” Marksberry said. “That was the magic of that season.”

Marksberry won the Marvin Lewis Coach of the Year Award in early 2009.

The Pioneers went undefeated in the regular season for the first time in program history in 2013 and repeated that feat in 2015 when they reached the 2015 state semifinals.

Simon Kenton won the regional final every year from 2008-19 with the exception of 2011, according to Marksberry.

“Changing the culture of the football program and the expectation level – as the football coach that is what I’m most proud of,” Marksberry said.

“The expectation level is very high when our community got used to winning. That pressure is a good thing because that means that expectations are high. Things are expected of you. So I’m very proud of that.”

Marksberry, who has also taught English during his time at the school, said he’s proud of the upgrades in Simon Kenton facilities and the addition of programs such as bass fishing, archery and freshman baseball and softball teams.

Regional titles in girls basketball, girls soccer and baseball along with state titles in bowling and archery are also some of Marksberry’s favorite memories as an athletic director.