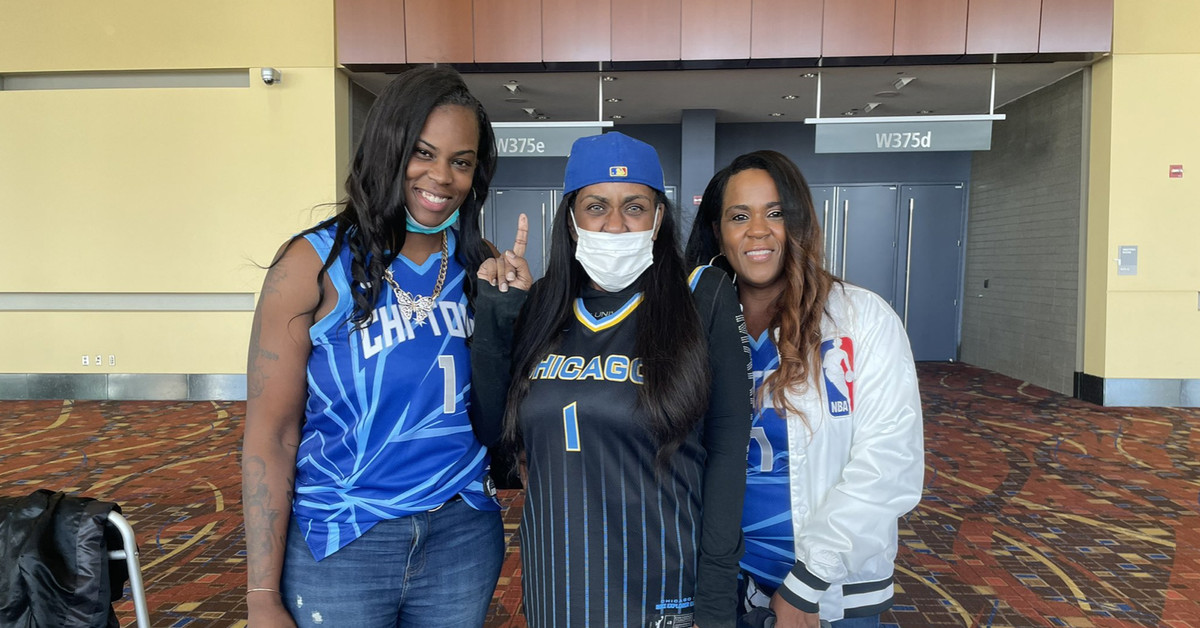 Marsha Brawner was hospitalized for more than three months after falling seriously ill this summer. She recently had surgery that made it so she can’t speak.

Still, she insisted on being at Game 4 of the WNBA Finals on Sunday.

While thousands attended the Bears’ 24-14 loss to the rival Green Bay Packers at Soldier Field, many Chicago sports fans believe the biggest and most important game of the day was taking place one mile southwest at Wintrust Arena.

“I’m very confident,” Ranger said. “Candace Parker… after the game the other day, it looked like she was very serious and she’s moving on to the next and prepared for this game. I’m excited to see what they bring and I think they’re going to shut them out.”

The Sky beat the Phoenix Mercury 80-74 to clinch their first title. The victory made the Sky the first Chicago professional sports team to clinch a title at home since the Blackhawks in 2015.

But perhaps even more significant, they are generating a buzz in the city in a way the 16-year-old franchise and women’s professional sports in general have never seen.

The Sky played in front of back-to-back sold-out crowds at Wintrust Arena for Game 3 and 4 of the Finals.

“It was probably one of the most fun games I’ve ever went to,” longtime fan Susan Leitao said of Game 3.

Ranger played college basketball at the University of Wisconsin-Green Bay, where she once went head-to-head with Brittney Griner. Being a former player, Ranger said it’s meant a lot to see the growth of the women’s game over the last few years.

“You can see a big difference now with the support… it’s amazing that this is starting to become more [mainstream]; it’s a lot better than what it used to be,” she said.

Ranger’s mother, Michelle Ranger, began to tear up as she discussed what it means for the Sky to be gaining attention in sports-saturated Chicago as they’re on the brink of winning their first title.

“It is emotional because we’re from Chicago — we’re a very diverse city, we’re a city that loves our sports, but we also represent women, and it’s about time now in 2021 that we give the women of the Sky and of the WNBA their just due,” she said.