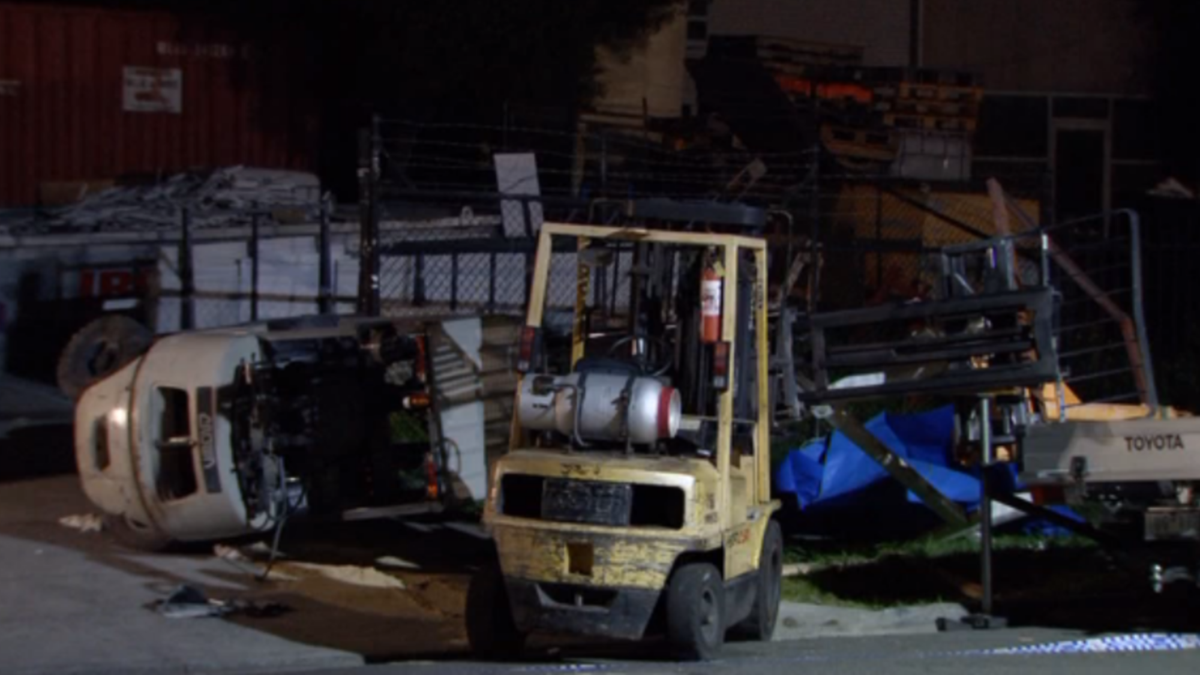 A man has died in an industrial accident in Melbourne’s north after he was trapped under a forklift.

Police and emergency services were called to Fleet Street in Somerton around 5.30pm on Tuesday.

The man was believed to be trapped under the forklift at the premises for some time.

He sadly could not be saved and died at the scene.

The man is yet to be formally identified.

Police and SES cordoned off the scene with tape and and there was an overturned forklift next to the street.

Worksafe are investigating and police are preparing a report for the coroner.