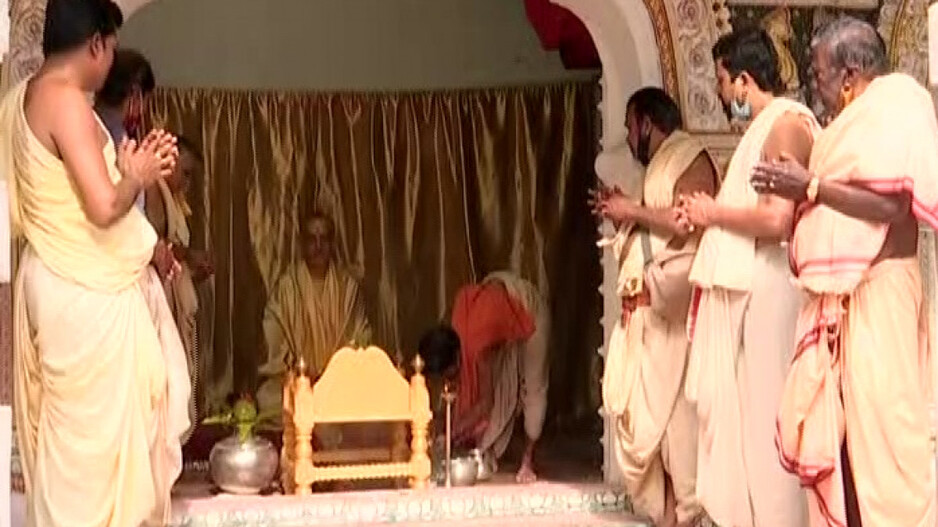 In run-up to the shilanyas (foundation stone laying) ceremony of the much-awaited  Srimandir Heritage Corridor, a traditional sacred offering to fire (Maha Yajna) will be held in the royal palace in Puri. All necessary pre-rituals were performed in the palace on Sunday.

Chief Minister Naveen Patnaik will be laying the foundation stone for the Srimandir Heritage Corridor on Wednesday (November 24). To bring up the majestic corridor, the district administration had carried out a massive eviction drive within the 75-metre radius of the 12th-century shrine that ran into many big controversies last year.

However, the bumps are now history, as the Juggernaut of the ambitious corridor will roll out next week.

“Today ‘Gua Teka’ ritual was performed and the first royal priest Sudhanshu Sekhar Rajguru has been adorned as ‘acharya’. In the evening, ‘Ankuraropana’ ritual will be performed at the ‘yajna sala’. The ‘acharya’ will welcome 32 to 33 brahmins on Monday to start the yajna,” informed Gajapati Maharaj Dibyasingha Deb.

“The necessary rituals before the ‘Ankuraropana’ niti will be performed today. The ‘yajna will commence from Monday. As per the auspicious time (shuva muhurta) identified, the foundation stone laying ceremony (sila nyasa) will be performed between 10:12 AM to 10:20 AM on November 24. The ‘purnahuti’ ritual will be held at 11:00 AM, ” said Sudhanshu Sekhar Rajguru, the royal priest.

Puri district Collector Samarth Verma said all the rituals have been finalised as per the traditions by the pandits, under the personal guidance of Gajapati Maharaj Dibyasingha Deb. The district as well as the temple administration have extended all their cooperation, he added.