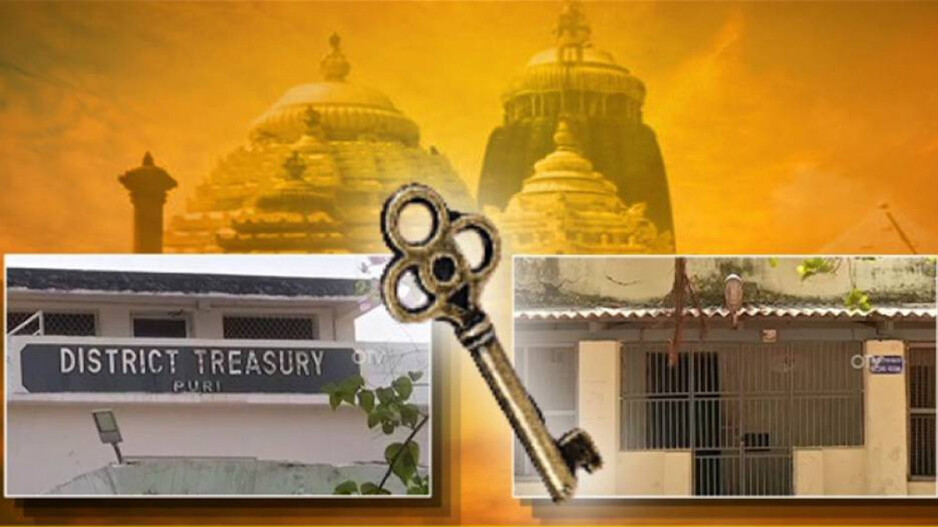 The mystery surrounding the Ratna Bhandara keys of Shree Jagannath Temple in Puri has turned murkier following the revelation by an RTI report that the keys have not been deposited at the district treasury since 1970.

Irked by the development, senior servitors including Srimandir Bhandar Mekapa and devotees have demanded to make the judicial investigation report pertaining to the issue public.

An RTI activist had sought information regarding the status of Ratna Bhandara’s original and duplicate keys. The district treasury officer’s letter, received by Baral in response to his query, has laid it bare that the keys of the inner treasure chamber have been missing since 1970.

Senior servitors and devotees alleged that the entire episode of the Ratna Bhandara being opened and inspected is nothing but an eyewash, orchestrated to cheat crores of Jagannath devotees as well as the Orissa High Court.

“We doubt the security of Ratna Bhandara due to the mystery around the missing of keys. We are even suspecting that various ornaments of the deities are missing,” said Kartik Bahidar, a devotee from Sambalpur.

Succumbing to the pressure by the devotees and Opposition parties, the State government had decided to launch a judicial probe into the incident. Subsequently, a committee headed by the former justice of High Court Justice Raghubir Das had submitted an inquiry report on November 30, in the same year.

Responding to a question pertaining to the report in the State Assembly in 2018, the Minister of State for Home Dibya Shankar Mishra had stated that the report is being analysed. However, the senior servitors of the Srimandir had expressed their resentments over the minister’s answer then.

Expressing his concerns, senior servitor Damodar Pradhani said, “The State government should clear air, declaring that the Ratna Bhandara is safe and the ornaments of the Lords are safe too.”