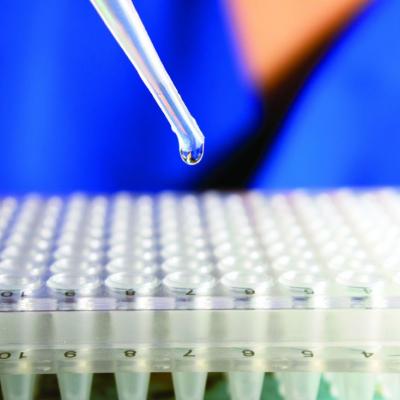 A novel investigational allogeneic stem cell–derived treatment resulted in near reversal of type 1 diabetes in a patient who had lived with the condition for about 40 years.

The patient was the first in Vertex Pharmaceuticals’ phase 1/2 multicenter, single-arm, open-label clinical trial of the insulin-producing islet cell therapy VX-880 for patients with type 1 diabetes who have impaired hypoglycemic awareness and severe hypoglycemia.

The cells are delivered by infusion into the hepatic portal vein. As of now, chronic immunosuppression is required to prevent rejection, but several approaches are being studied to overcome the limitation.

“There’s hope that this is a real advance. It’s been long awaited, and it looks really encouraging,” James Markmann, MD, PhD, the surgeon who performed the procedure, told this news organization.

The use of insulin-producing pancreatic beta cells derived from human pluripotent stem cells, first reported in 2014 by a team at the Harvard Stem Cell Institute, Boston, is seen as a major advance over use of cadaveric donor islet cells because stem cell–derived islets are available in unlimited and uncontaminated supplies.

Cadaveric donor islets are being used in products such as donislecel (CellTrans), which was endorsed by a Food and Drug Administration advisory committee in the summer for the treatment of type 1 diabetes that can’t be managed with current therapies.

The patient in the Vertex trial isn’t the first reported stem cell–derived islet recipient with type 1 diabetes, but these cells are the first to be transplanted into the liver.

“This Vertex patient stood out because the reduction in insulin requirement … was so striking,” noted Dr. Markmann, chief of the division of transplant surgery at Massachusetts General Hospital, Boston, who has been transplanting islet cells from cadaveric donors into humans via the hepatic portal vein for over 20 years.

“Nobody knew what to expect, as it hadn’t been done before, but certainly the results in this patient are better than what I would have expected from a deceased donor islet transplant,” he added.

Asked to comment, A.M. James Shapiro, MD, agreed. “I think the most important finding is that a stem cell–derived islet is now transplanted into the liver of a patient safely, so far,” he said in an interview.

Vertex announced the result by press release. The company plans to transplant another 16 patients, staggering them over time at multiple centers.

The first patient was treated with a single infusion of VX-880 at half the target dose (per protocol for the first two study subjects), along with standard immunosuppressive therapy. At 90 days, the patient’s C-peptide, a measure of endogenous insulin secretion, rose from undetectable to 280 pmol/L fasting and 560 pmol/L post mixed-meal tolerance testing.

Over the same period, the patient’s hemoglobin A1c dropped from 8.6% at baseline to 7.2%. And within 7 days, the individual’s daily exogenous insulin requirement dropped from an average of 34 units to just 2.9 units, a 91% decrease.

The patient had experienced five severe hypoglycemic episodes in the year prior to transplant. They experienced some mild hypoglycemia soon after the procedure while insulin doses were being adjusted, but none thereafter.

Dr. Shapiro said in an interview: “I was absolutely thrilled to see the first patient results with high C-peptide and a 91% reduction in insulin. That’s a pretty impressive finding for half dosing in the very first patient in a trial. I think it bodes really well for ongoing efforts in this area by Vertex and by others that have similar kinds of cells. It’s very exciting.”

However, he cautioned, “we do need some longer-term data to be sure there’s no off-target growth or other concerns. But based on the purity of this product, that risk is likely to be low.”

And he noted, “I think we still have to address the challenges of setting this process up. A huge amount of work has gone into manufacturing the cell product for a single patient. I think it remains to be seen whether the same technology can be delivered at a larger scale … i.e., being able to treat hundreds or thousands of patients.”

A blog post on the website of diabetes charity JDRF called the result “outstanding.” “It’s a big deal,” they added. However, they also cautioned: “There are a few things to keep in mind while assessing the data. One is that these are only results from a single person. Data are needed from many more to fully evaluate the potential of this therapy. The second is that this person only received half the target dose of cells.”

Dr. Shapiro is working with another company, ViaCyte, which has also developed stem cell–derived islets. In contrast to the Vertex product, which is fully differentiated and delivered to the liver, ViaCyte’s PEC-Direct product is comprised of stem cell-derived pancreatic islet progenitor cells that are implanted subcutaneously in a pouch, allowing for vascularization.

In a late-breaking poster at the annual scientific sessions of the American Diabetes Association in June 2021, ViaCyte reported on a patient given PEC-Direct. In that patient, stimulated C-peptide increased from 0.1 ng/mL at baseline to 0.8 ng/mL at week 39, and there was a drop in A1c from 7.4% to 6.6%, with no adverse events.