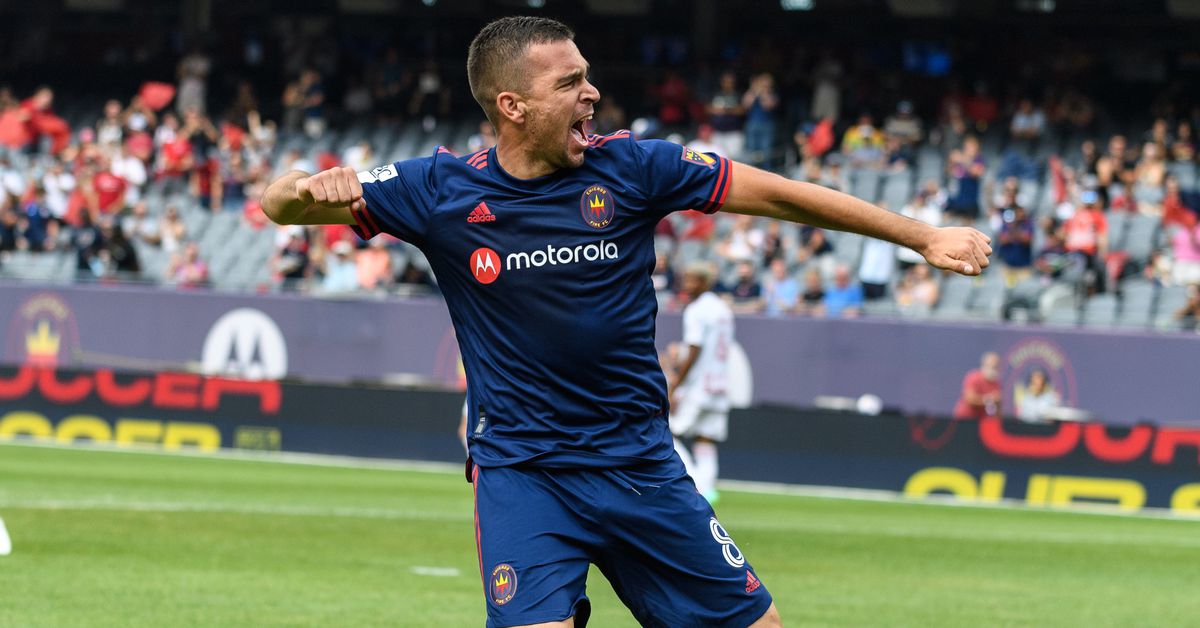 Midfielder Luka Stojanovic reminded some people of what he can do, and maybe that includes coach Raphael Wicky.

Making his first start since June 26 in place of Alvaro Medran, Stojanovic scored twice Sunday in the Fire’s 2-1 win over the New York Red Bulls. Stojanovic’s goals in the second and eighth minutes helped the Fire end a five-game winless streak in front of a Soldier Field crowd of 11,894.

Medran was absent due to health and safety protocols. Per league policy, a player may be listed due to the protocols because they’re quarantining due to high-risk behavior or being a high-risk close contact, a pending or inconclusive COVID-19 test result, a confirmed case of COVID-19, or an illness not related to the coronavirus.

The Fire became aware of the situation Sunday, and Wicky said the whole team is fully vaccinated.

Stojanovic, meanwhile, took advantage of his opportunity and upped his team-leading total to five goals. At one point, it looked like he’d reach that mark earlier.

After joining the Fire last year, Stojanovic played 61 minutes before tearing his left MCL against San Jose on July 19 in the MLS is Back tournament, keeping him out for the rest of 2020. Stojanovic then connected three times over the first six games of this season and looked to be an important part of the Fire offense, though he eventually became something of a forgotten man as Wicky found a midfield mix that didn’t include the 27-year-old attacker.

“I have to go forward, and this is the best way today to show to all the people that they can believe in me,” Stojanovic said.

Wicky said Stojanovic showed that the Fire can count on him, and added that if a player practices and plays well he could stay in the lineup. As for why Stojanovic hadn’t been starting, Wicky said it was a question of finding the right balance for the lineup.

“I’m happy that Luka played 90 minutes, the way he worked for the team,” Wicky said. “Obviously, I’m very happy with the goals he scored. That’s his quality [in] the final third. That’s a great performance from him.”

The Fire (4-9-5, 17 points) were moments away from their second straight shutout but Tom Barlow collected the rebound of a free kick and slammed it past Bobby Shuttleworth just before the final whistle.

Other than that glitch, the Fire didn’t give up much.

“Ninety minutes, we put in a real shift,” midfielder Fabian Herbers said. “The second half, we had the game under control.”

NOTES: The Fire declined to comment on reports out of Switzerland that owner Joe Mansueto is attempting to purchase Swiss club FC Lugano.

* Defender Carlos Teran made his second Fire start but was stretchered off with an injury and replaced by Wyatt Omsberg in the 67th minute, and Wicky hoped the issue was just a cramp.