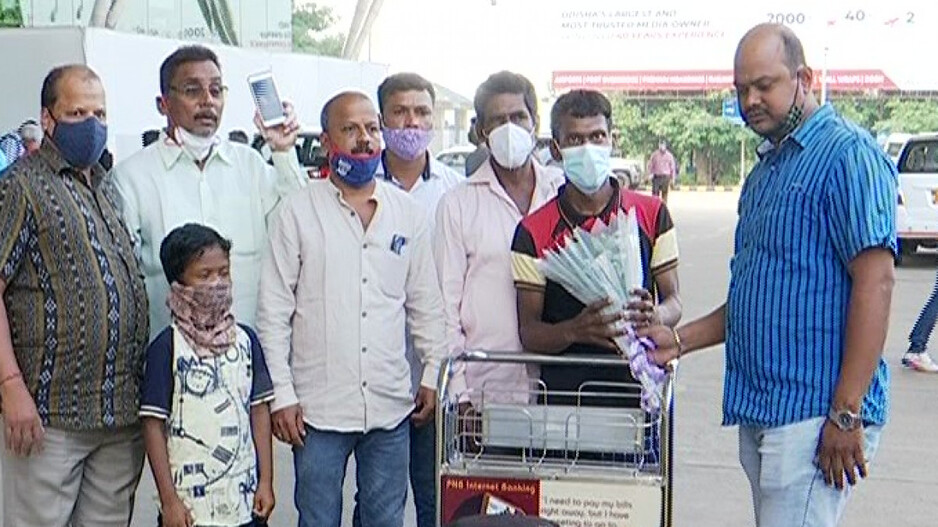 A youth from Odisha who had been stranded in United Arab Emirates (UAE) returned home safely on Friday after diplomatic intervention of BJP’s National Vice President Baijayant Panda.

Baidhar Ghadai, a youth from Panturi village under Pattamundai police limits in Kendrapara district had gone to Dubai in search of livelihood via help from some close acquaintances and found a job at a private company in the middle east.

After working for some five months, he suddenly developed some health complications and was advised for treatment. However, he did not notice any improvement in the health and continued to battle severe waist pain.

An exasperated Bidhar finally decided to return home and so he wrote his wishes to the company authorities. The employers however neither released him from the service nor paid him his pending salary.

The situation turned so bad that Baidhar had to spend his days without food and water. He finally informed about his ordeal to his family members.

Panda who has been continuously aiding distress migrants from Odisha immediately reached out to the Indian Embassy in UAE for helping the youth return home.

After due official procedures and final approval by the authorities, Baidhar managed to return to his village.

“The company had not paid me salary for two months. I also developed some complications in a bone, but the company authorities did not allow me take leave. Later, I told my father who approached Baijayant Panda sir and with is help I returned to my village,” Baidhar said.