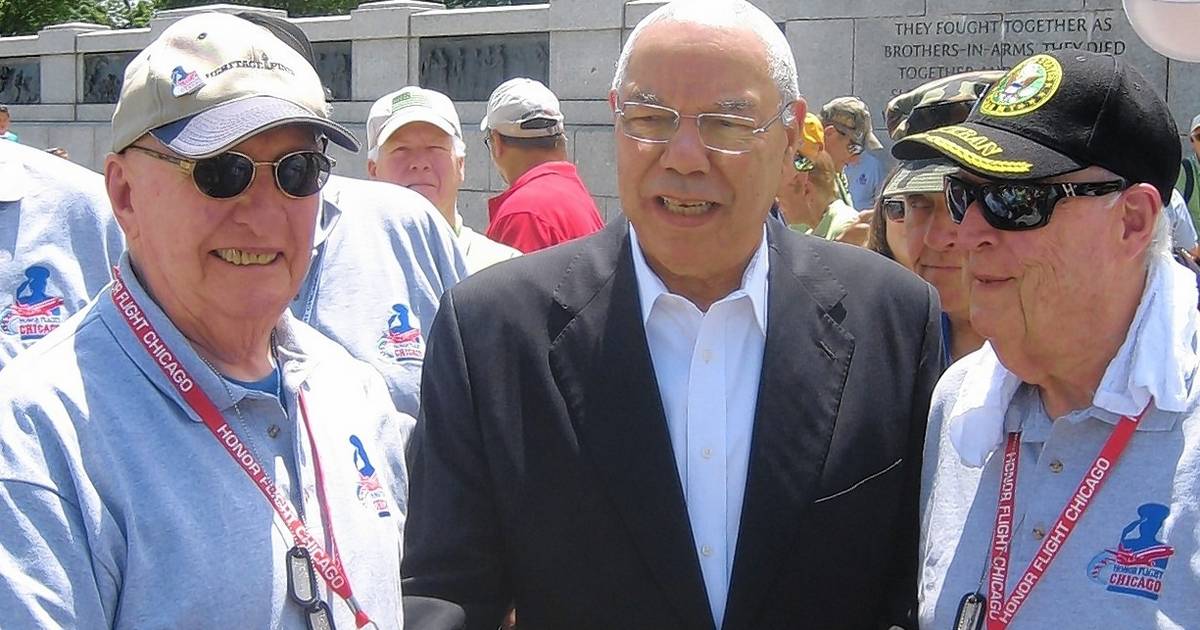 Gregory got two chances to meet the late former U.S. secretary of state during Powell’s visits to Benedictine University in Lisle as part of the school’s Great Issues-Great Ideas lecture series.

Powell was a “larger-than-life” figure and among the history makers invited to speak at the university’s forum, which over the years has featured South African Bishop Desmond Tutu and former U.S. Secretary of State Madeleine Albright.

“He was just a class act,” said Gregory, of Aurora, now president of Benedictine University.

Gregory described Powell as “engaging” and respectful of those who criticized his role in the Iraq War as U.S. secretary of state.

During a 90-minute speech at Benedictine in 2006, Powell largely avoided talk of current affairs and instead focused on diplomacy and issues of trust and values. With the crowd of more than 2,000 people, he shared tales of his adventures in retirement and lecturing, and anecdotes of his time as secretary of state.

“It was with such dignity and such clarity,” Gregory said. “He showed much more respect than he was given.”

But his being the first Black people in one of the highest levels of public office wasn’t the reason Powell was chosen to speak at Benedictine.

During his visit, Powell insisted on speaking with students and engaged them in conversation for 30 minutes.

“He was bigger than life,” Gregory said. “He was an icon. He brought such dignity with him when he walked into the room. He was articulate. He could command an audience.”

Suburban residents have had several brushes with Powell over the years.

In 2013, Powell headlined the annual Global Leadership Summit at Willow Creek Community Church in South Barrington. There he spoke about the difference between the science of management and the art of leadership to 8,000 attendees.

In July 2019, Bartlett residents and Korean War Army veterans Jack Doyle and Chuck Fruehe got to meet Powell as they visited the World War II Memorial in Washington as part of the Honor Flight Chicago program.

Fruehe and Doyle at the time said they were thrilled they got to see Powell in person.

Fruehe lives in The Oaks at Bartlett retirement community, as does Doyle, 91.

Fruehe said they hadn’t expected to meet with Powell, who approached them at the memorial. He remembers Powell was wearing a black suit on a hot day but was “just as cool as a cucumber.” He took the time to shake hands and take pictures with more than 100 veterans, Fruehe said.

“We met him just for a few minutes,” Fruehe said. “I’ll never forget it. I was impressed with him. Just the way he met all the fellas, it was really the highlight of the trip.”