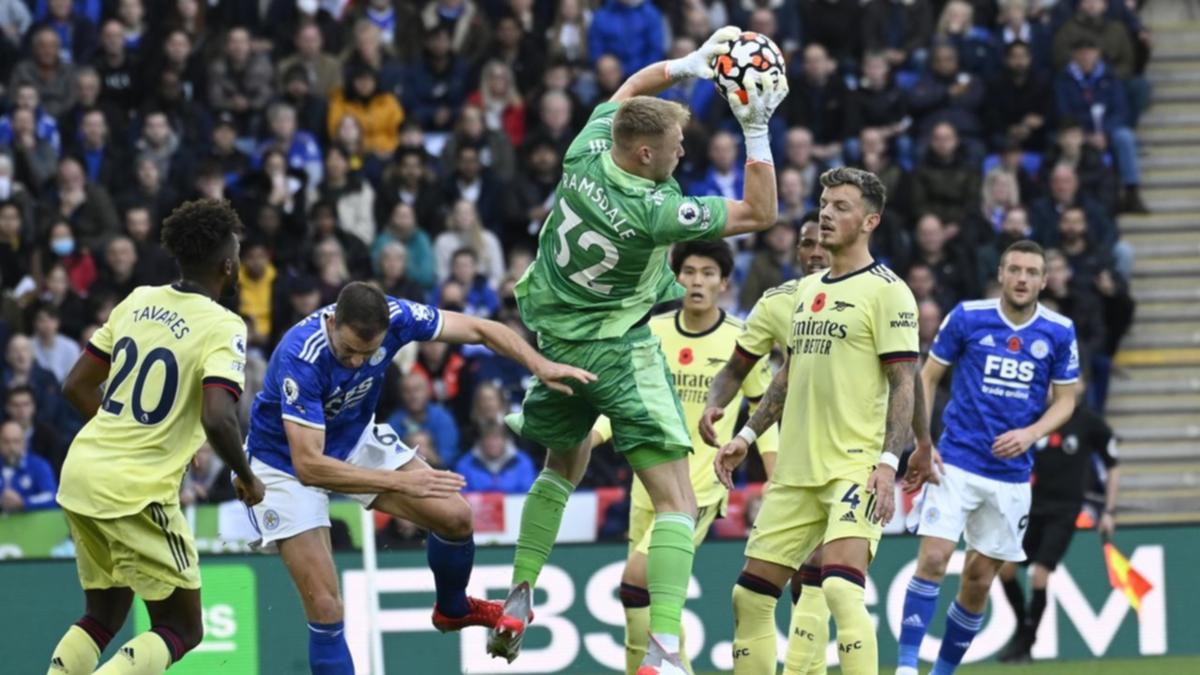 Aaron Ramsdale produced a stunning goalkeeping performance to help Arsenal secure a 2-0 win at Leicester that extended the team’s unbeaten run in the Premier League to seven games on Saturday.

If his save to tip wide Kelechi Iheanacho’s curling shot was impressive, it paled in comparison to a flying leap across his line to palm a free kick by James Maddison onto the crossbar just before half-time. Leicester manager Brendan Rodgers was already celebrating a goal in his technical area.

Ramsdale, signed from relegated Sheffield United in the summer transfer window, also denied Ademola Lookman and Harvey Barnes with sprawling saves in the second half as Arsenal were forced to defend stoutly to preserve their clean sheet.

Arsenal lost their first three league games, putting manager Mikel Arteta under some early-season pressure, but has responded by winning five of their next seven to soar into the top half of the standings.

Smith Rowe has been a big part of that and the 21-year-old made it three goals in his last five league games with the second against Leicester, slotting home from inside the area after the ball broke free when Luke Thomas tackled Alexandre Lacazette.

Gabriel put Arsenal ahead by glancing home a header from Bukayo Saka’s right-wing corner in the fifth minute.