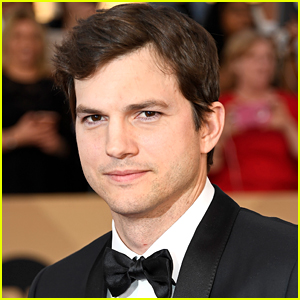 Ashton Kutcher was subject to some trolling on live television this weekend.

While making an appearance on ESPN’s College Game Day on Saturday (September 11), the 36-year-old was asked to make his prediction for who would win the big game between his alma mater, the University of Iowa, vs rival team Iowa State. Ashton of course predicted his alma mater would win.

Well, the crowd did not appreciate that one bit.

Soon after Ashton revealed his pic, the crowd erupted in the chant “take a shower.” Ashton could likely hear what they were saying, but did not seem to let it impact him.

If you don’t understand why Ashton was the subject of these rants, it’s because of some comments he made about his hygiene habits for him and his kids.