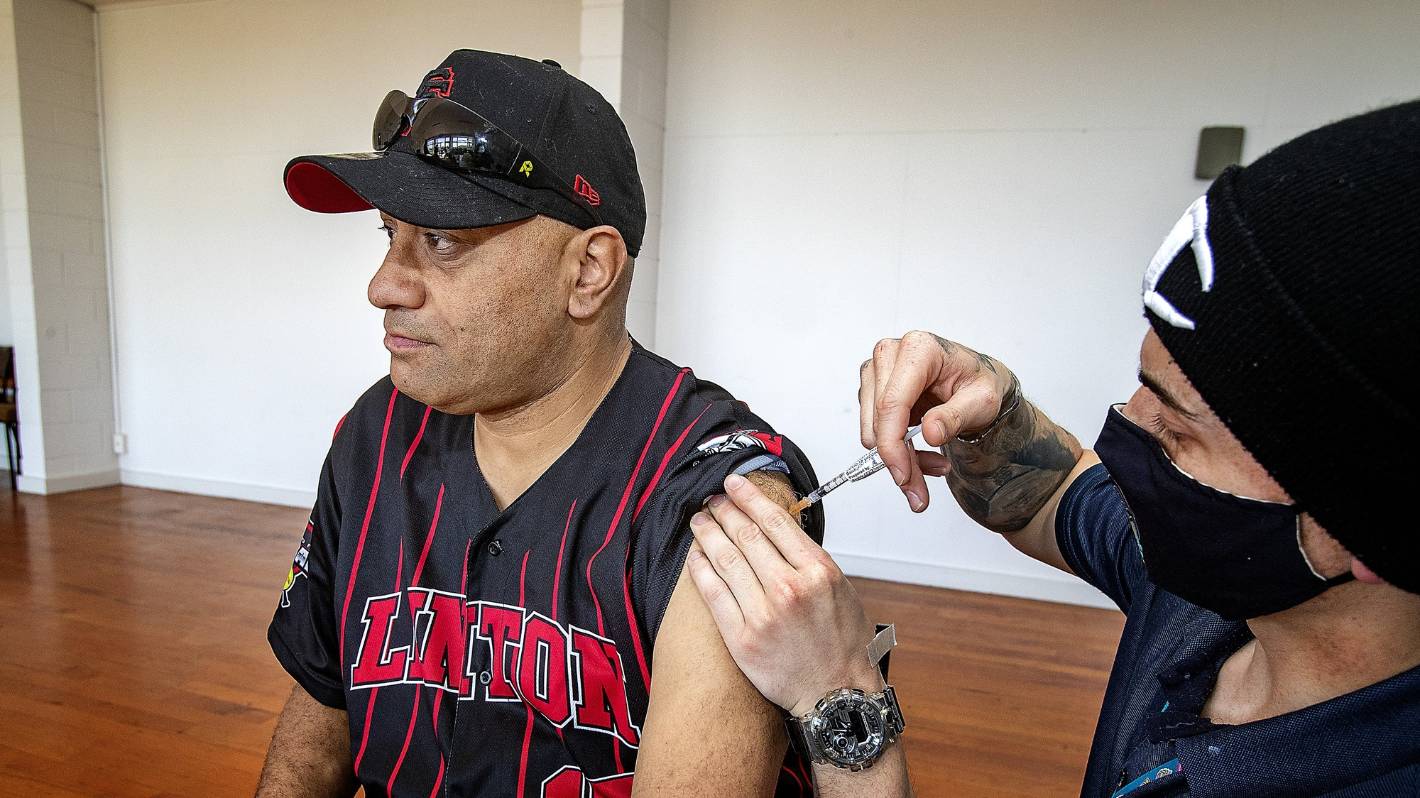 Damian Peeti was one of those who received his second dose of Covid-19 vaccine from Braden Luke on Super Saturday in Palmerston North.

The MidCentral Health district still has a lot of vaccinations to deliver to reach the Government target of 90 per cent of people fully vaccinated before closing the door on national lockdowns.

Prime Minister Jacinda Ardern said on Friday the Covid-19 alert level system would give way to a new, less restrictive traffic light system once 90 per cent of the population was fully vaccinated.

That was after the major push of Super Saturday, when MidCentral administered 5379 jabs.

Official figures released on Friday had MidCentral sitting on 66 per cent of the eligible population fully vaccinated, and 83 per cent having had one dose.

The push for vaccinations in Palmerston North is going to zero in on the Central Energy Trust Arena from November 1, with the temporary closure of the Fitzberhert Ave central site.

“This also enables us to use our vaccination teams to deliver mobile clinics in areas of the greatest need with lower coverage.”

The Fitzherbert Ave site could be pushed back into service from late November depending on how many vaccinations were being provided by then.

He said it would mean less stress on the health system, and “allow us freedoms we need to live, work and play”.

He also looked forward to the gradual opening of New Zealand’s borders to help international businesses and get more students back into tertiary institutions.

“We are working through how this will work operationally for businesses at each of the levels and this will see more restrictions for those businesses who do not comply with the vaccine certificate requirement.”

The new system gave some pathway to the new look for business as usual, she said.

She urged businesses to encourage their employees to get vaccinated as soon as possible, so they could get fully back to work.

Walk-in vaccination clinics will continue to operate during Labour weekend.

On Saturday they would be available at Fitzherbert Ave, CET Arena, the Plaza and Unichem Terrace End in Palmerston North, and Berrys Health Centre pharmacy in Levin. Sunday’s options were CET Arena and The Plaza.

On Monday, vaccinations would be available at the Horowhenua Events Centre, at Fitzherbert Ave, The Plaza and Mitre 10 Mega in Palmerston North.

Other sites would continue to see people who booked ahead. Details were available at HealthPoint and BookMyVaccine.nz