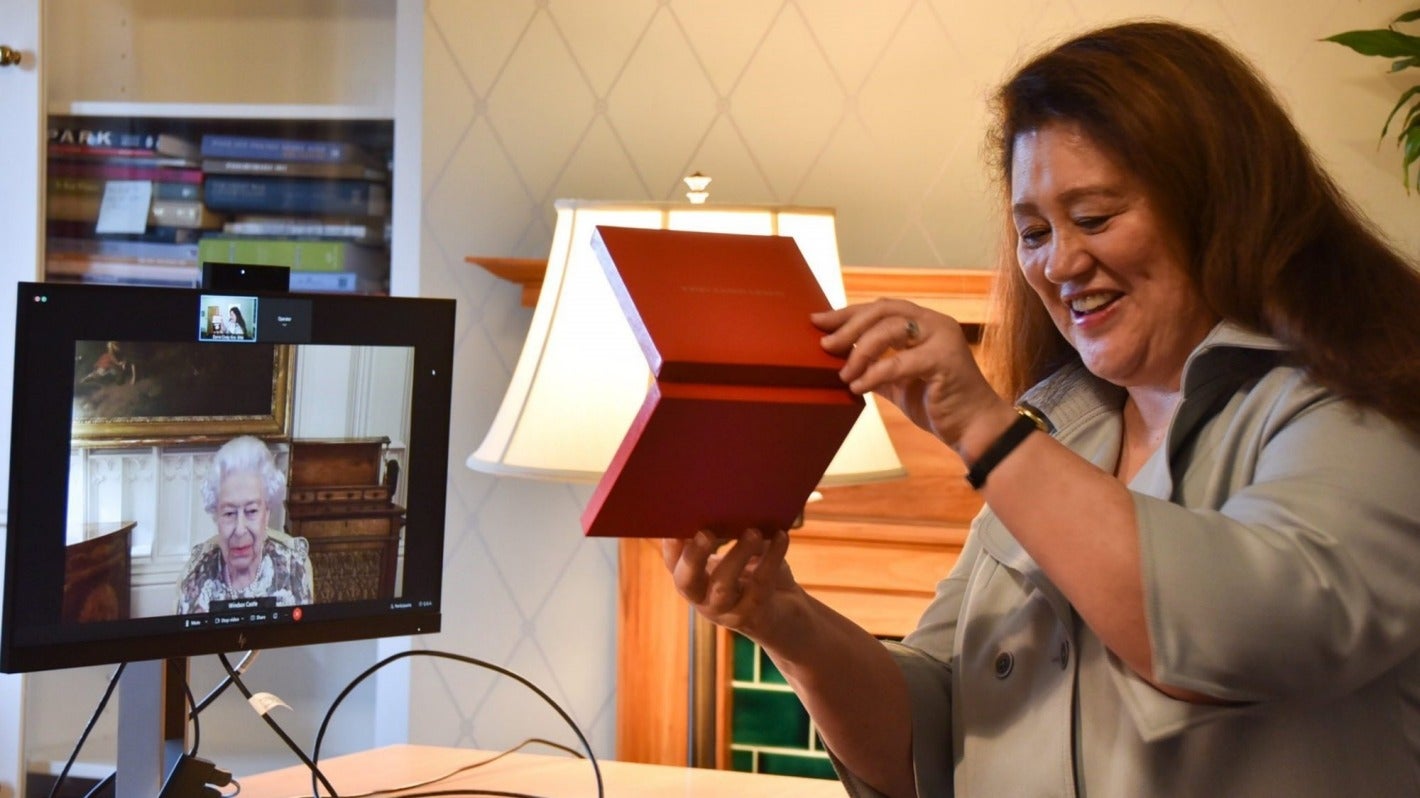 Images of The Queen and Dame Cindy Kiro on an online video call were shared by the Royal family on Twitter.

The Queen has invested Dame Cindy Kiro with the traditional Insignia of the Governor-General during an online video call.

Kiro will officially be sworn into the role as Governor-General of New Zealand on Thursday.

Typically, during an investiture ceremony, a person who has been awarded an honour receives their award in person from The Queen, or a Member of the Royal Family.

The investee visits a Royal residence, usually Buckingham Palace, with members of their family, to receive their insignia.

On Monday night, the Royal family posted a short video on their official Twitter account of Kiro speaking with the Queen on an online video call.

In the 30-second clip, the Queen says “Oh there you are” as Kiro appears on screen, followed by “good evening.”

Kiro responds “good morning” and the Queen replies: “Oh, of course, it’s good morning to you isn’t it” and the pair then discuss Kiro’s swearing-in ceremony.

As Governor-General, Kiro will act as The Queen’s representative in New Zealand and among ceremonial duties is responsible for signing off legislation passed by Parliament, appointing governments after elections, and giving a new government’s “Speech from the Throne” at the opening of Parliament.

In May, Prime Minister Jacinda Ardern announced Kiro would be the 22nd Governor-General of New Zealand, replacing Dame Patsy Reddy.

Ardern said Kiro had a background in health, the wellbeing of children, and furthering New Zealand’s interests through academic research and innovation.

Kiro will be the first wahine Māori to hold the title and has worked as a public health academic, has served as Children’s Commissioner, was a pro vice-chancellor Māori of the University of Auckland, and most recently became chief executive of Te Apārangi – Royal Society of New Zealand. She also chaired the Government’s Welfare Expert Advisory Group (WEAG), which recommended a suite of changes to overhaul the welfare system.

Kiro was born in Whangārei in 1958, and is the eldest of six children. She is of Ngāpuhi, Ngāti Hine, Ngāti Kahu and British descent. She said she was the daughter of a mother born in a “hut with a mud floor in the Far North” and father born in a coal mining town in the north of England.

She had a childhood that involved a lot of caring. She lived with her maternal grandparents, who were native Māori speakers and who had adopted five of their grandchildren.

“So I bring, with this unique marriage, an understanding of the foundational basis of Te Tiriti o Waitangi and its place in our history,” she told Stuff in May.

Kiro said she accepted “the Queen as the head of state of the Commonwealth”. She had met Queen Elizabeth II before, as well as her late husband Prince Philip twice.