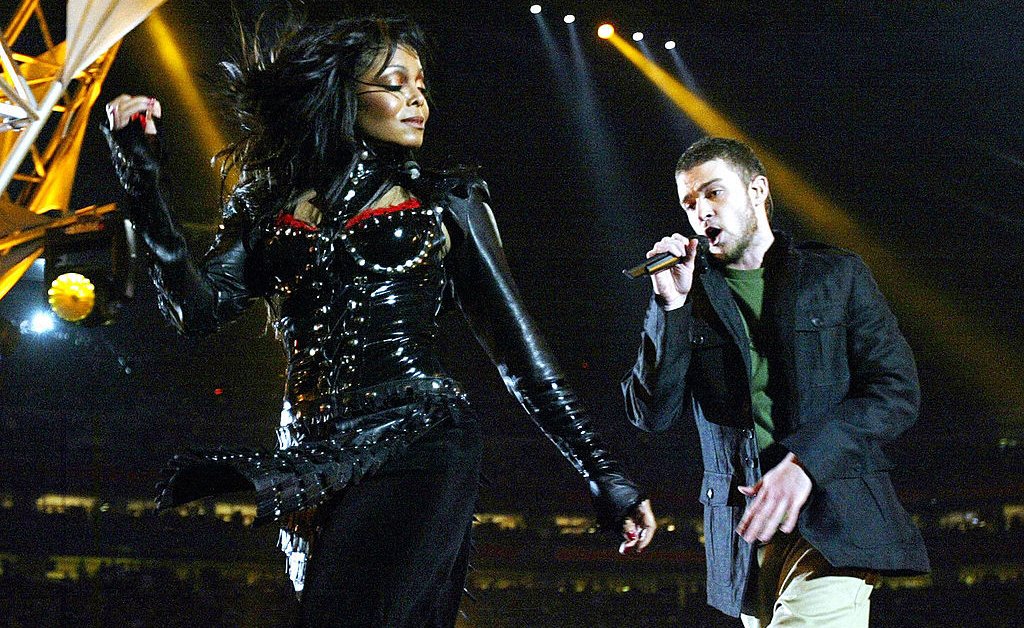 A week after The New York Times Presents: Framing Britney Spears debuted on FX and Hulu, this past February, Justin Timberlake took to Instagram with what was presumably a response. “I am deeply sorry for the times in my life where my actions have contributed to the problem, where I spoke out of turn, or did not speak up for what was right,” he wrote. “I understand that I fell short in these moments and in many others and benefited a system that condones misogyny and racism.” Timberlake addressed his apology specifically to Spears, whom he’d cast in a negative light following the teen-pop couple’s 2002 breakup, and Janet Jackson, whose nipple he’d exposed in a notorious 2004 Super Bowl halftime show fiasco for which Jackson alone faced the brunt of the blame.
[time-brightcove not-tgx=”true”]

Well, the Gray Lady heard him. After following up Framing with Controlling Britney Spears—and now that Spears’ conservatorship nightmare has finally ended—the Times documentary series will return with Malfunction: The Dressing Down of Janet Jackson. Premiering Nov. 19 on FX and Hulu, the feature from director Jodi Gomes (The Jacksons: A Family Dynasty) and showrunner Mary Robertson (who also worked on the Spears docs) revisits the so-called “wardrobe malfunction” that drove months of controversy and left Jackson branded a shameless exhibitionist. While the furor merits an audit, and Malfunction delivers some trenchant insights, its disjointedness, limited access and myopia in exploring the political implications of the incident nicknamed “Nipplegate” keep it from reaching the same heights as its predecessors.

Gomes opens with a bold thesis statement. “If the culture wars could have a 9/11, it’s February 1st, 2004.” If this is a compelling claim, it’s also a bit of self-mythologizing on the part of the talking head who utters it, Parents Television and Media Council President Tim Winter. The organization that got its start stoking outrage over awards-show profanity and Ellen’s coming-out plot leveled up in the public consciousness with a successful campaign to flood the FCC with complaints over the Super Bowl incident. It benefits the cause of censorship to insist on the inherent significance of a split-second’s worth of exposed nipple. Even as it pushes back on the demonization of Jackson, Malfunction never steps outside this surprisingly conservative frame.

Like the Spears docs, it traces the subject’s career back to childhood. Years before puberty, the youngest of 10 Jackson kids was performing on TV in sequins and a feather boa. “If you’re a Jackson, you know, you’re born on stage,” says older brother Tito, one of the few Jacksons who appear in the feature. An acting career that kicked off with Good Times in the late 1970s led to a pair of solo albums in the first half of the ’80s, directed by harsh patriarch Joe Jackson. Viewers of Framing and Controlling will recognize many parallels with Britney—from child stardom and an overreaching dad to premature sexualization, body shaming and scrutiny in the media.

As an adult, Jackson was able to escape her father’s grip. The result was the most fertile period of her career, beginning with the release of Control in 1986 and spanning the remainder of the millennium. During that time, every album she put out became a multi-platinum classic. Music journalists and cultural critics including Touré, former Billboard editor Danyel Smith and the Times’ own Jenna Wortham do a solid job of explicating both the singer’s contributions to pop music and why she made some (mostly white and conservative) people nervous. A “sexually liberated person,” as Wortham puts it, Jackson wasn’t just hot or scantily clad. In songs like “Nasty” and “What Have You Done For Me Lately,” she celebrated her sexual sovereignty.

In a culture that prefers to objectify women—and has a long, shameful history of exploiting Black women’s sexuality in particular—this made her a target for racist, slut-shaming attacks long before she stepped onto the Super Bowl stage. Timberlake, whose boy band ’NSYNC got an early break opening for Jackson, didn’t always show her the public respect she deserved. Malfunction includes an especially goofy moment of early-’00s awards-show banter in which he repeatedly responds to a recitation of her accomplishments by drooling over how “fine” she is.

Add to this context the NFL’s obsession with “protecting the seal”; the additional, apparently edgy presence of rappers like Nelly, Kid Rock and the artist then known as P. Diddy on the same halftime bill; and the heavy hand of since-disgraced CBS boss Les Moonves, whose network aired the game, and you’ve got a tempest waiting for its teapot. In a recent interview with Vanity Fair, Gomes explained that, in approaching the halftime-show story, “The million-dollar question that I had the whole time was, like, What exactly happened?”

It’s true that the details of the wardrobe malfunction have remained remarkably blurry in the public consciousness. How purposeful was what happened on that stage? Was it entirely a mistake? Or was it a provocation, on either or both of the performers’ parts? What did CBS and the team working on the halftime show know, and when did they know it? Gomes tracks down several key people who helped produce the spectacle, and they offer thorough accounts of their experiences leading up to, during and immediately after it. But they can’t answer the central question about Jackson’s and Timberlake’s intentions, because they weren’t present for an apparently last-minute meeting that took place between the two stars and Jackson’s wardrobe stylist, Wayne Scot Lukas. “Only three people know exactly what took place in that room,” Gomes told Vanity Fair. “At the end of the day, I think three people will take that to their grave.”

Malfunction suffers from that lack of access—and especially Jackson’s decision not to participate in the film. (The singer is reportedly at work on an autobiographical doc of her own.) So much of what follows the play-by-play of the telecast is conjecture about why she vanished from the public eye almost immediately after the performance and became an overnight scapegoat While Spears’ conservatorship made it impossible to interview her about said conservatorship, it’s hard to justify relitigating this Super Bowl saga without Jackson’s voice.

Still, the documentary could’ve been saved by a tighter, more purposeful structure and a more expansive understanding of the way Nipplegate speaks to the present. Gomes and many of the experts in the film smartly navigate the issues of race, gender and sexuality that are, of course, integral to understanding why Jackson was so viciously targeted (while Timberlake not only escaped the backlash, but also returned to headline the 2018 halftime show).

But Malfunction also, weirdly, neglects to really challenge the presumption Winter and his ilk make, that there’s something self-evidently harmful about exposing sports fans to blink-and-you-miss-it quantities of nipple. It is, after all, just a body part—the very same one mothers use to feed their babies, sometimes in public, because the hunger of an infant waits for no woman. Could any Super Bowl viewer possibly have been harmed in any meaningful way by the sight of Janet Jackson’s bare breast? Many cosmopolitan societies find this quintessentially American brand of prudishness hilarious.

This reluctance to suggest that perhaps the whole scandal should’ve been forgotten by Monday morning feels egregious when you consider the social and political climate of the intervening years. While Gomes correctly notes that the movement to censor sexually explicit entertainment was once bipartisan (see: Tipper Gore’s Parents Music Resource Center), by the early 2000s, that “family values” cause was dominated by the religious right, and conservatives in general. A little over a decade later, the same crowd was shrugging off Donald Trump’s “grab ’em by the pussy” talk and alleged extramarital affair with adult film star Stormy Daniels, among other flagrant examples of American moral decline. This heel-turn revealed the shallowness of the right’s original crusade.

Nipplegate was, in large part, about sexism and racism. But it behooves us to understand that it was also, in ways extremely relevant to our present predicament, about hypocrisy, political capital and—to use a term from Jackson’s lexicon—control.