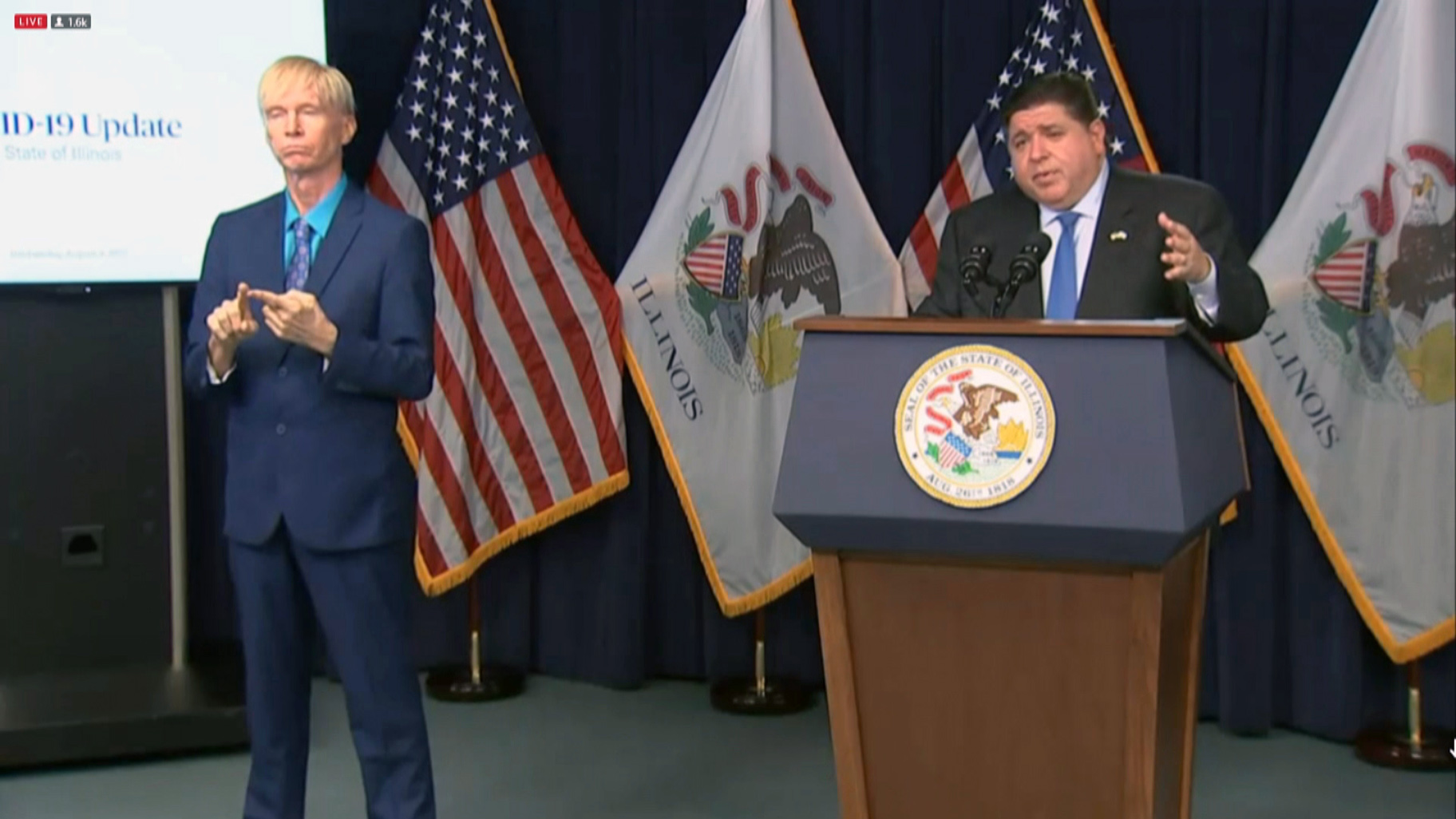 Masking returns as mandates cause immediate pushback. The Fraternal Order of Police pushes back against Gov. Pritzker’s mandate for some law enforcement. And parents are also pushing back in some suburban school districts after Pritzker tells teachers and students to mask up, and some state workers to vax up. That’s after President Biden orders that federal workers and contractors need be vaccinated or tested regularly.

In the fallout of the previous eviction ban expiring, the CDC issues another eviction moratorium despite SCOTUS ruling.

And Obama scales back his big 60th birthday bash after backlash over COVID-19.

Speaking of the former president, a judge rules in favor of the Obama Presidential Center in the latest legal challenge.

The city has extended the deadline for interested parties to submit proposals to build a new casino.

And disgraced former Gov. Rod Blagojevich is back in the news suing over his ban on running for office.  Could he prevail in court and then run again?

The crosstown classic is this weekend as Sox rock and Cubs implode. The Cubs can’t afford key players but are adding a betting building onto historic Wrigley. All eyes are on Justin Fields as some Bears miss training camp due to COVID-19 protocols. The Bulls pick up key players in Lonzo Ball, DeMar DeRozan and Alex Caruso. And some sweet talking convinces future Hall of Famer Marc Andre Fleury to play for the Hawks.