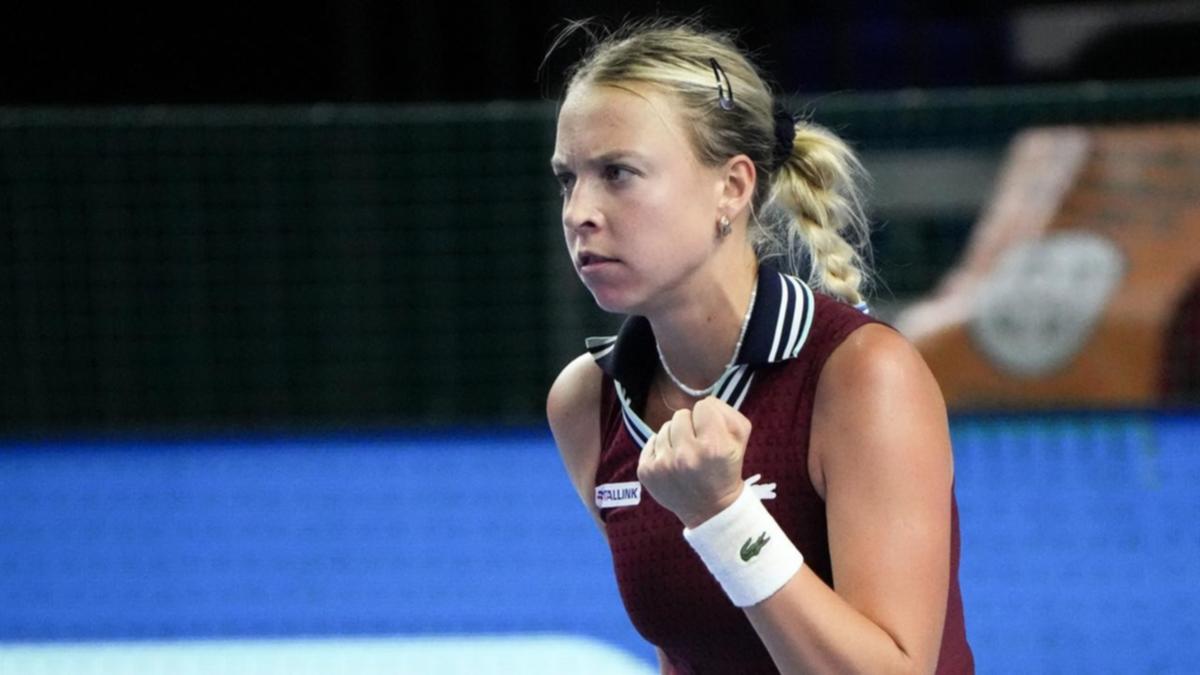 Anett Kontaveit twice came back from the brink of defeat to beat Ekaterina Alexandrova 4-6, 6-4, 7-5 and win the Kremlin Cup on Sunday to stay in contention for a place at the WTA Finals.

Kontaveit turned the second set around from 4-0 down and mounted another comeback to win the decider with a break of serve when Alexandrova served for the match at 5-4 up.

Playing in Moscow with a wild card, the Estonian won her third title on tour in as many months after winning the Cleveland Ladies Open in August and the Ostrava Open last month. On the women’s tour only top-ranked Ash Barty has won more than three titles this season, with five. Barbora Krejcikova also has three.

“Unfortunately I couldn’t manage to achieve more today and I’m really very sad but I’m going to work on this and hope something like that won’t happen again next time,” Russian Alexandrova said.

Next week either Kontaveit or Ons Jabeur can secure the last spot at the WTA Finals. Jabeur has a points lead, meaning Kontaveit would need to win the Transylvania Open in Romania and hope Jabeur does not reach the semifinals in Courmayeur, Italy.