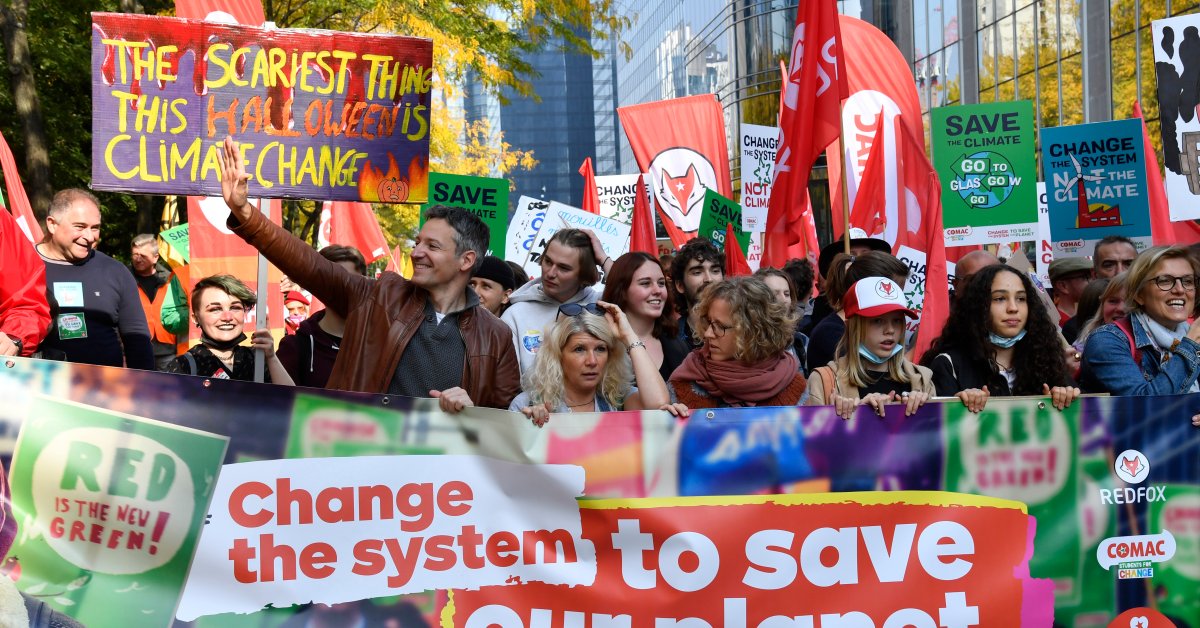 BRUSSELS — Thousands of people young and old marched through Brussels on Sunday to push world leaders to take bolder action to fight climate change at the U.N. climate summit in Glasgow starting this month.

Some 80 organizations took part in the protest, aiming for the biggest such event in the European Union’s capital since the start of the coronavirus crisis, which stopped the climate movement’s weekly marches in its tracks.

Environmentalists worry that the 26th Climate Change Conference of the Parties, known as the COP26, in Glasgow starting Oct. 31 will produce policies that don’t do enough to slash carbon emissions and slow the warming of the planet.

The crowd included a mix of people with and without masks. With one of the world’s highest vaccination rates, Belgium is starting to ease virus restrictions and allow such gatherings again.

Follow all AP stories on climate change issues at https://apnews.com/hub/climate-change.