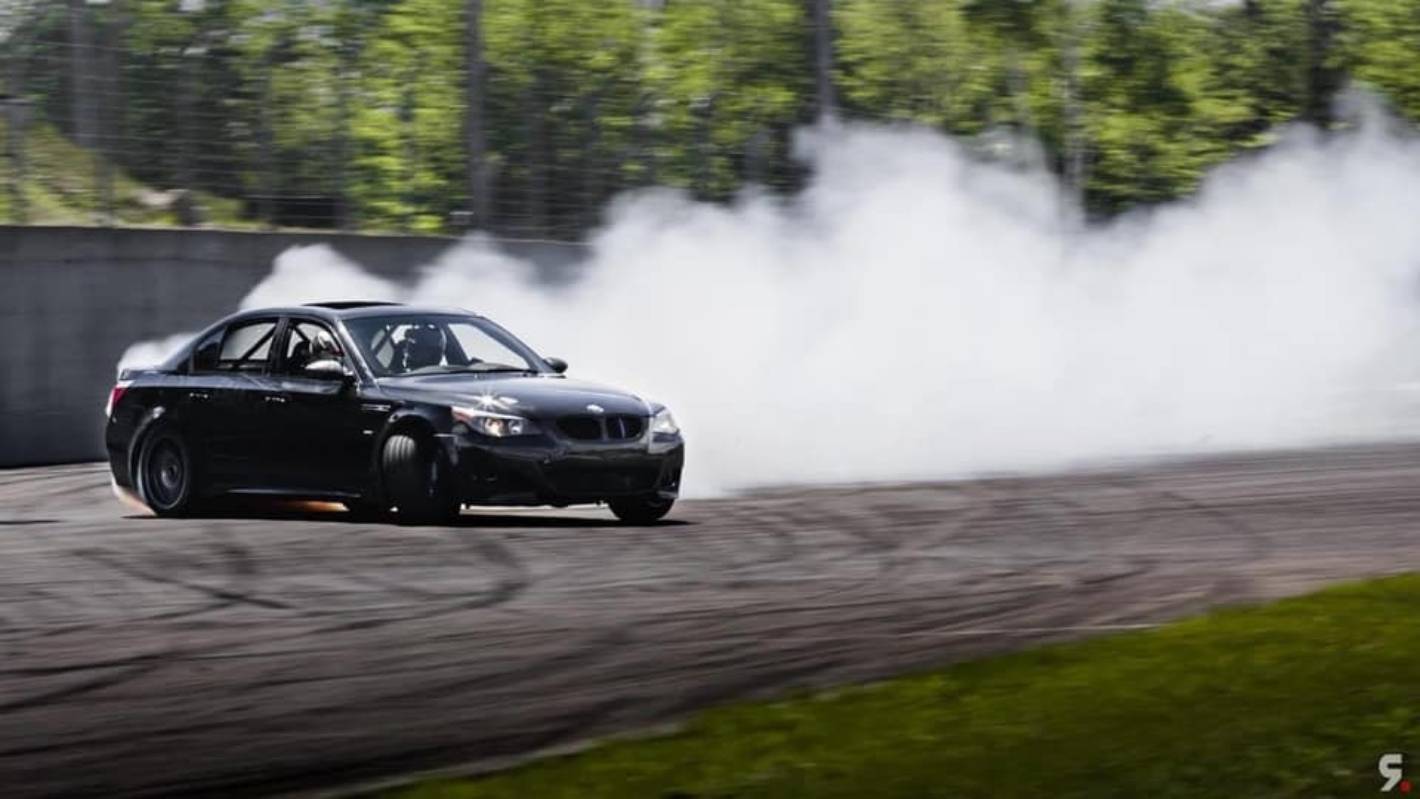 Unfortunately, probably because the engine only really came about because of BMW’s Formula 1 engine at the time – and the sport dumped them in 2006 – the S85 V10 only saw duty in the one generation of M5, as well as the two-door M6 of the time.

That makes them somewhat of a rarity, and those that do own one probably want to keep it in the best condition possible. Well, except this one guy, who decided his E60 M5 is best suited for drifting.

The car now features a full roll cage, racing seats, coilovers, and an angle kit to allow for more turn in the front wheels.

READ MORE:
* The best sounding cars of all time
* BMW M cares not for your silly political correctness
* The coolest BMW M-cars ever created

Its original seven-speed SMG automatic transmission has been thrown out the window in favour of a six-speed sequential manual, and every single ounce of baffling in the exhaust has been removed.

If you like what you’re seeing, and happen to live in Quebec, Canada, this exact car is listed for sale on Facebook Marketplace.

Apparently, it has been replaced by a 1 Series powered by the S65 V8 found in the 2007 BMW M3, which is essentially the S85 V10 with two fewer cylinders.