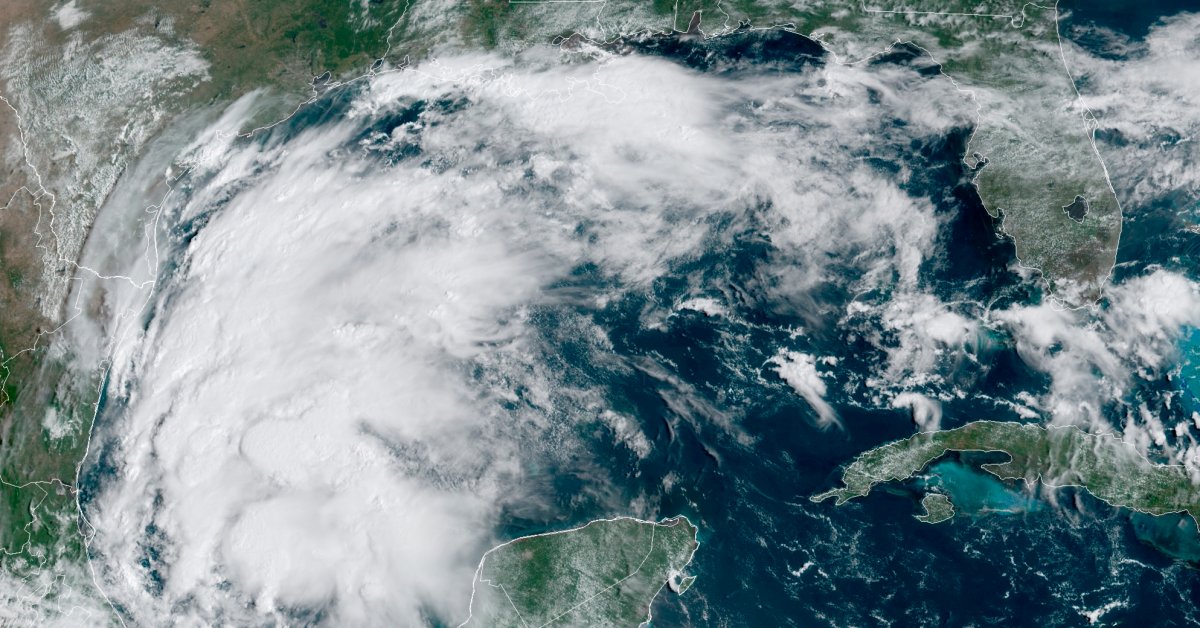 MIAMI — Tropical Storm Nicholas formed in the Gulf of Mexico on Sunday, threatening heavy rain and floods in coastal areas of Texas, Mexico and Louisiana.

Forecasters at the National Hurricane Center in Miami said tropical storm warnings were issued for coastal Texas and the northeast coast of Mexico. Nicholas is expected to produce total rainfall of 5 to 10 inches (13 to 25 centimeters), with isolated maximum amounts of 15 inches, across portions of coastal Texas into southwest Louisiana on Sunday through midweek.

“There could be several inches of rain across southeast Louisiana, where Ida struck,” Henson said in an email.

Across Louisiana, 140,198 customers — or about 6.3% of the state — remained without power on Sunday morning, according to the Louisiana Public Service Commission.

The storm is projected to move slowly up the coastland which could dump torrential amounts of rain over several days, said meteorologist Donald Jones of the National Weather Service in Lake Charles, La.

“Heavy rain, flash flooding appears to be the biggest threat across our region with Nicholas,” he said in an email.

The storm has the potential to dump as much as 15 to 25 inches (38 to 64 centimeters) of rain in isolated areas either in southeast Texas or southwest Louisiana, he said.

At 11 a.m. EDT, the storm was located about 130 miles (205 kilometers) northeast of Veracruz, Mexico and 405 miles (650 kilometers) south-southeast of the mouth of the Rio Grande River. Its maximum sustained winds were clocked at 40 mph (65 kph) and it was moving north-northwest at 13 mph (20 kph).

“We will continue to closely monitor this storm and take all necessary precautions to keep Texans safe,” Abbott said in a statement. “I encourage Texans to follow the guidance and warnings of their local officials and be mindful of potential heavy rain and flooding.”